WFAA's Alex Rozier asked Abbott, "Governor, regarding the heartbeat bill, why force a rape or incest victim to carry a pregnancy to term?" 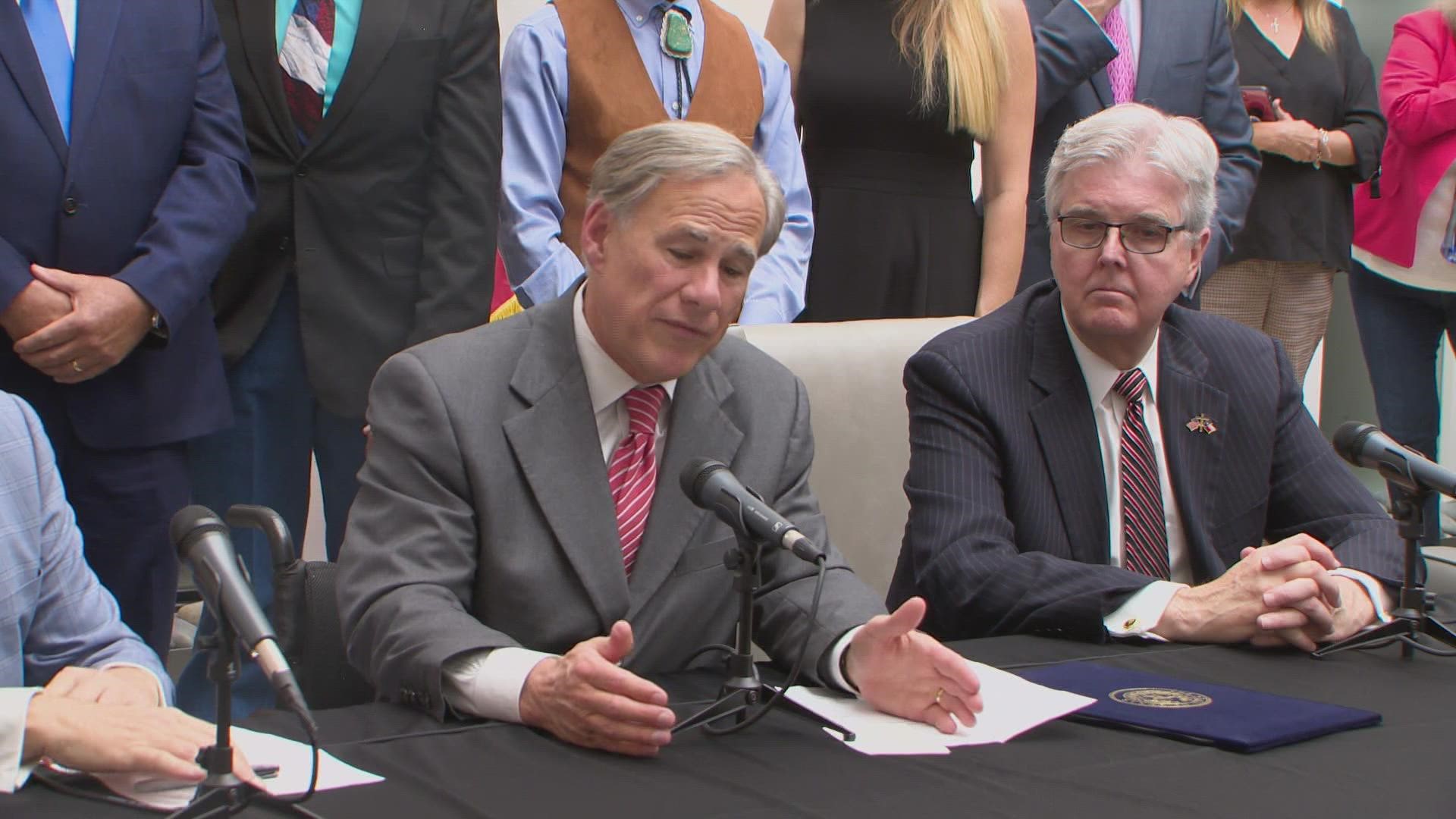 TYLER, Texas — On Tuesday, Gov. Greg Abbott went to Tyler, Texas to sign into law an overhaul of the state's election rules. During the signing, he addressed another new controversial law: the state's abortion ban, saying that the state will aggressively eliminate and prosecute rapists.

The so-called heartbeat bill (SB 8) went into effect on Sept. 1, and effectively bans abortions in the state as early as six weeks. After six weeks, the bill doesn't allow abortions in the case of rape or incest, but makes an exception if the mother's life is in danger.

During the news conference, WFAA's Alex Rozier asked Abbott, "Governor, regarding the heartbeat bill, why force a rape or incest victim to carry a pregnancy to term?"

Abbott replied, "It doesn't require that at all, because obviously, it provides at least six weeks for a person to be able to get an abortion. For one, it doesn't provide that, that said, however, let's make something very clear: rape is a crime. Texas will work tirelessly to make sure that we eliminate all rapists from the streets of Texas by aggressively going out and arresting them and prosecuting them and getting them off the streets.

"So, goal No. 1 in the state of Texas is to eliminate rape so that no woman, no person will be a victim of rape. But in addition to that, we do want to make sure we provide support for those who are victims of rape. We have organizations that we as a state support, that others support, to make sure that anybody who is victimized then will get the support they need."

"Are you planning to increase support for those moms once those babies are delivered?" Rozier asked as a follow up.

"Absolutely," Abbott replied, though he didn't expand on what that possible support would look like.

#NEW I asked Texas Governor @GregAbbott_TX a question regarding the #heartbeatbill …. The new law bans #abortions as soon as a fetal heartbeat can be detected.

Q: “Why force a rape or incest victim to carry a pregnancy to term?”

The governor's comments have since received criticism on social media.

People there said that six weeks isn't enough time for many women to even know they are pregnant and that rape is an underreported crime. Others said it sounded like the movie Minority Report, where people were arrested for crimes before they were committed.

"You can't Minority Report a first-time rapist 'off the streets' before it happens," one person tweeted.

Texas also faces a major backlog of rape kits that remain untested. In February, Sen. John Cornyn said that there were 6,108 untested rape kits, according to the Texas Department of Public Safety,

The bill does prevent convicted rapists from filing suits against their victims.

The bill would be enforced by private citizens empowered to sue abortion providers and others who help someone get an abortion after six weeks, for example, by driving them to an abortion clinic.

Those private citizens would not need to have a connection to an abortion provider or a person seeking an abortion.

The bill has been denounced by hundreds of lawmakers and doctors — in letters circulated by opponents of the measure — who said its broad legal language could open the door to harassing or frivolous lawsuits that could have a “chilling effect” on abortion providers.

Material from the Texas Tribune contributed to this report. 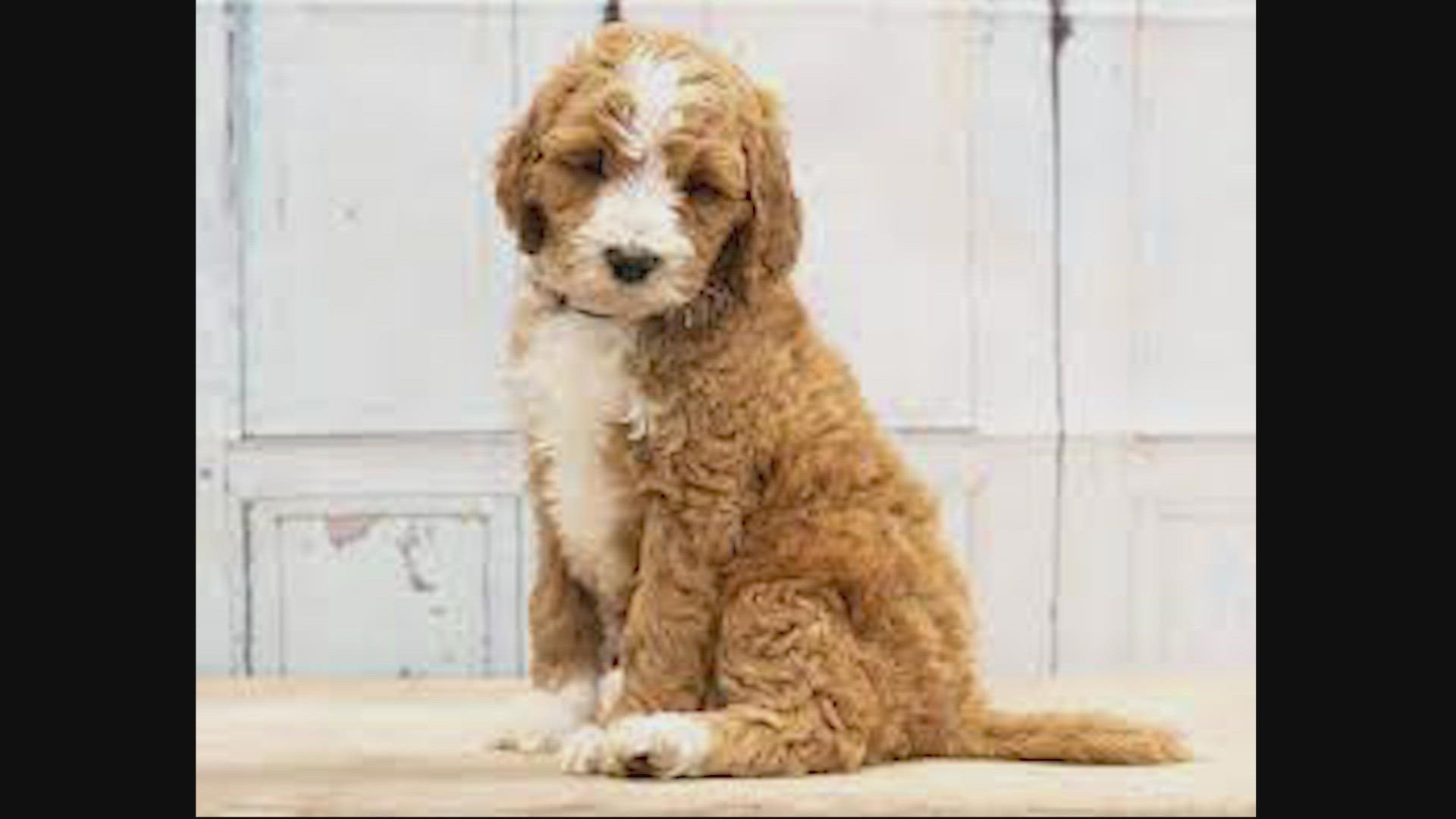