You've got questions about how electricity works in Texas. Here are the answers. 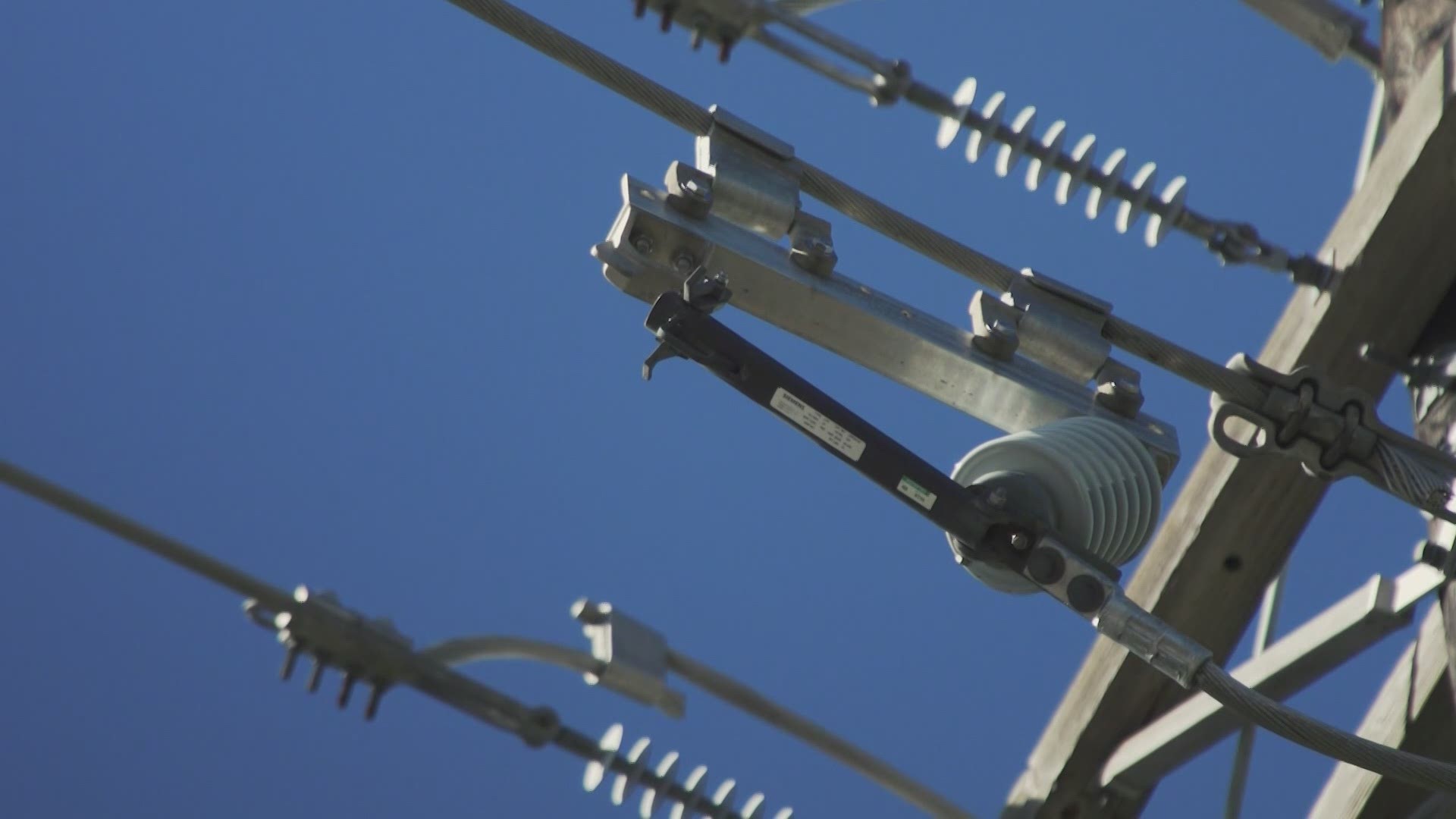 DALLAS — Power is an essential part of our days here in Texas, especially when it gets really hot (or, occasionally, really cold). Usually, it's as simple as flipping a switch or pressing a button to get what you need. But how exactly does it all work?

Texas has a system that's a bit different than most other states when it comes to the way things are run. So here are the answers to a few of the most common questions asked about the state's system, especially when there's a problem with that power supply.

You've probably been hearing a lot about The Electric Reliability Council of Texas, or ERCOT, in the last few months. Here's why it's so central to Texas' power situation.

ERCOT acts much like an air traffic controller to move energy around the state, since Texas has its own grid. Basically, it is supposed to make sure everything runs properly.

As an Independent System Operator, ERCOT doesn't own the assets nor does it make electricity. Instead, it monitors all the moving parts that keep electricity flowing from power creators - like companies that run wind turbines and natural gas plants - into Texans' homes and businesses. It acts like a broker between wholesale power buyers and sellers to achieve that.

Distribution companies that send power to those homes and businesses (think Oncor) get their electricity from the transmission system, which is what ERCOT manages from its control room. ERCOT is responsible for overseeing that transmission across the grid.

ERCOT's four primary responsibilities, in its own words, are to:

ERCOT is considered an independent and not-for-profit organization. The council was founded back in 1970, and is overseen by the Public Utility Commission of Texas and the state Legislature.

When does ERCOT send a conservation alert or warning?

The council will send out alerts to Texans asking them to conserve their energy use when demand gets very close to the amount of generation (read: electricity supply).

That can usually be attributed to one or two issues with the grid: either consumers are using a high amount of energy or some power plants might not be able to provide electricity to meet normal demand. Or it can be both, like in February when a number of power plants went offline due to the winter conditions while people and businesses needed high amounts of power to heat their homes and buildings.

According to ERCOT, peak demand each day in the summer usually happens around 3 to 7 p.m. on very hot days, while that timeframe is around 5 to 9 a.m. and again from 4 to 9 p.m. in the winter when its particularly cold outside.

How can Texans conserve energy?

When ERCOT does send out a conservation alert, it will ask consumers to basically stop all nonessential electricity use to help balance out the system.

A big part of that is changing thermostat settings, whether upping it in the heat or lowering it in the cold. Placing a thermostat just a few degrees outside your normal range can help, along with using fans in the summer months versus A/C.

Turning off all nonessential appliances and lights is another recommendation, along with shutting off those pool pumps during peak hours in the summer.

Using large appliances like ovens or washing machines should also be avoided when possible during a conservation alert.

Businesses are asked to help, too, during an alert, either by minimizing lighting or the use of equipment and perhaps slowing or shutting down nonessential production processes.

How often does ERCOT send a conservation alert or warning?

The short version? It's not common, but it's not terribly uncommon either.

Over the last few years, ERCOT has issued several conservation requests, a review of its available news releases shows.

Here's a look at the releases from the past five years:

2019: Two alerts, one in August and one in September

2018: One instance in January when ERCOT expected to see high demand and offered tips to help conserve energy. This was not called a conservation request, however.

When demand is higher than electric supply, ERCOT will begin its emergency operations to protect the grid from an uncontrolled outage.

The council's emergency operations has three different levels and begins when reserves drop below 2,300 megawatts and aren't expected to recover within 30 minutes. Level 2 begins when those reserves go below 1,750 MW, and Level 3 starts when that number hits 1,375.

If reserves drop below 1,000 MW and aren't expected to go back up in the next 30 minutes, ERCOT then institutes controlled outages as a last resort, much like what Texans experienced in February and years prior.

A megawatt is enough energy to power about 200 Texas homes during peak demand, according to ERCOT.

MAP: What parts of Texas does ERCOT's grid cover?

About 90% of the state of Texas's electric load is covered by ERCOT, or 26 million customers. That's about 75% of the land area in the state, and includes most of the main population centers, like Austin, Dallas, Fort Worth, Houston, and San Antonio.

The state's electric grid has more than 46,500 miles of transmission lines and substations with more than 710 generation units. The grid carries bulk electricity to utility companies to then distribute out to customers. The grid has about 86,000 megawatts of potential generation capacity, which basically means the grid is capable of providing 86,000 MW when everything is fully running properly.

Here's a look at which parts of the state are on ERCOT's grid.

ERCOT is overseen by the Public Utility Commission of Texas and the state Legislature.

The organization has a board of directors with 16 members on it. Six of those are representatives from each of the six electric utility market groups ERCOT works with, three members are supposed to represent consumers and five are supposed to independent from the industry. The ERCOT CEO and Public Utility Commission chair are also considered members, though the chair does not vote on matters brought before the board.

Click here to see who those board members are.

Still want to know more about ERCOT? The organization has a YouTube video all about its history, which you can watch here.

How to check the status of Texas' power grid

To take a look at grid conditions in Texas or see what the power demand and capacity outlook looks like for the day, head to the homepage of ERCOT's website.

Why is Texas on its own power grid?

A lot of people are asking just why Texas has its own, separate power grid after it's seen multiple issues due to record demand and capacity shortfalls this year.

The short answer? It's about as "Texas" as you can get - the state didn't want the federal government to be able to interfere with or oversee its grid operations, the Texas Tribune explained back in 2011. When a grid operates between multiple states, that allows the federal government to regulate it, but federal rules don't apply if those utilities don't cross state lines.

To learn more about the background behind this act of Texas independence, click here to read the story from the Texas Tribune.

Where does Texas get its power from?

In 2020, 382 billion kilowatt-hours of energy were used across ERCOT's grid in Texas, the organization reported.

So, where did all that energy come from?

Those are the figures from ERCOT, which manages power for 90% of Texas, or 26 million customers.

Got another question about Texas power? Send an email to digital@wfaa.com.