The group gathered on Saturday afternoon. On Friday, the Texas DPS closed the State Capitol building and grounds through Wednesday. 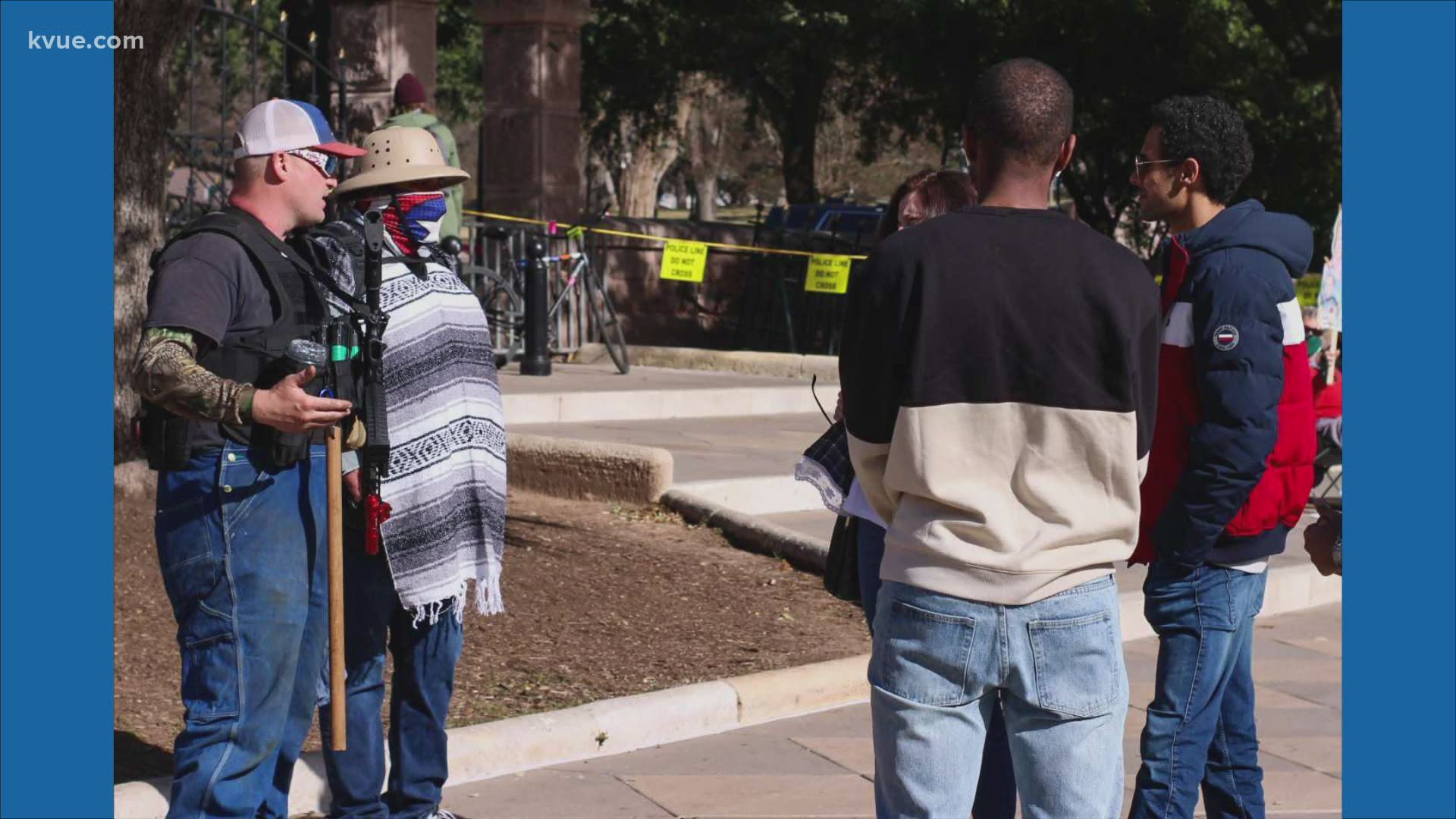 At least one man seen by KVUE staff was carrying a rifle, and another carried a flag reading, "Liberty or death." According to KVUE's media partners at the Austin American-Statesman, another individual had a large knife and zip ties attached to his belt strap.

Some of the people were wearing pro-Trump hats while others were wearing military-style clothing like protective vests and camouflage. Several armed Texas Department of Public Safety (DPS) officers continue to patrol the Capitol grounds.

On Friday, DPS announced the closure of the Capitol building and grounds Saturday through Wednesday as officials learn of new intelligence about armed protests and "violent extremists." KVUE Senior Reporter Tony Plohetski confirmed that investigators are monitoring multiple sects with different political ideologies ahead of Inauguration Day.

"The safety of everyone in downtown Austin is paramount, as always, and receiving focused attention," he said.

“The Texas Department of Public Safety is aware of armed protests planned at the Texas State Capitol this week and violent extremists who may seek to exploit constitutionally protected events to conduct criminal acts,” Col. McCraw said. “As a result, DPS has deployed additional personnel and resources to the Capitol and are working closely with the Federal Bureau of Investigation and the Austin Police Department to monitor events and enforce the rule of law.”

The DPS's announcements followed an internal FBI bulletin obtained by ABC News that stated that armed protests are being planned at all 50 state capitols and at the U.S. Capitol as Inauguration Day draws nearer.

Anyone who witnesses suspicious activity online or in public is asked to contact the FBI, APD or DPS at www.iWatchtx.org.