Relatives of Jonathan Price said he was trying to defuse a fight when he was shot and killed. A Wolfe City police officer was placed on administrative leave. 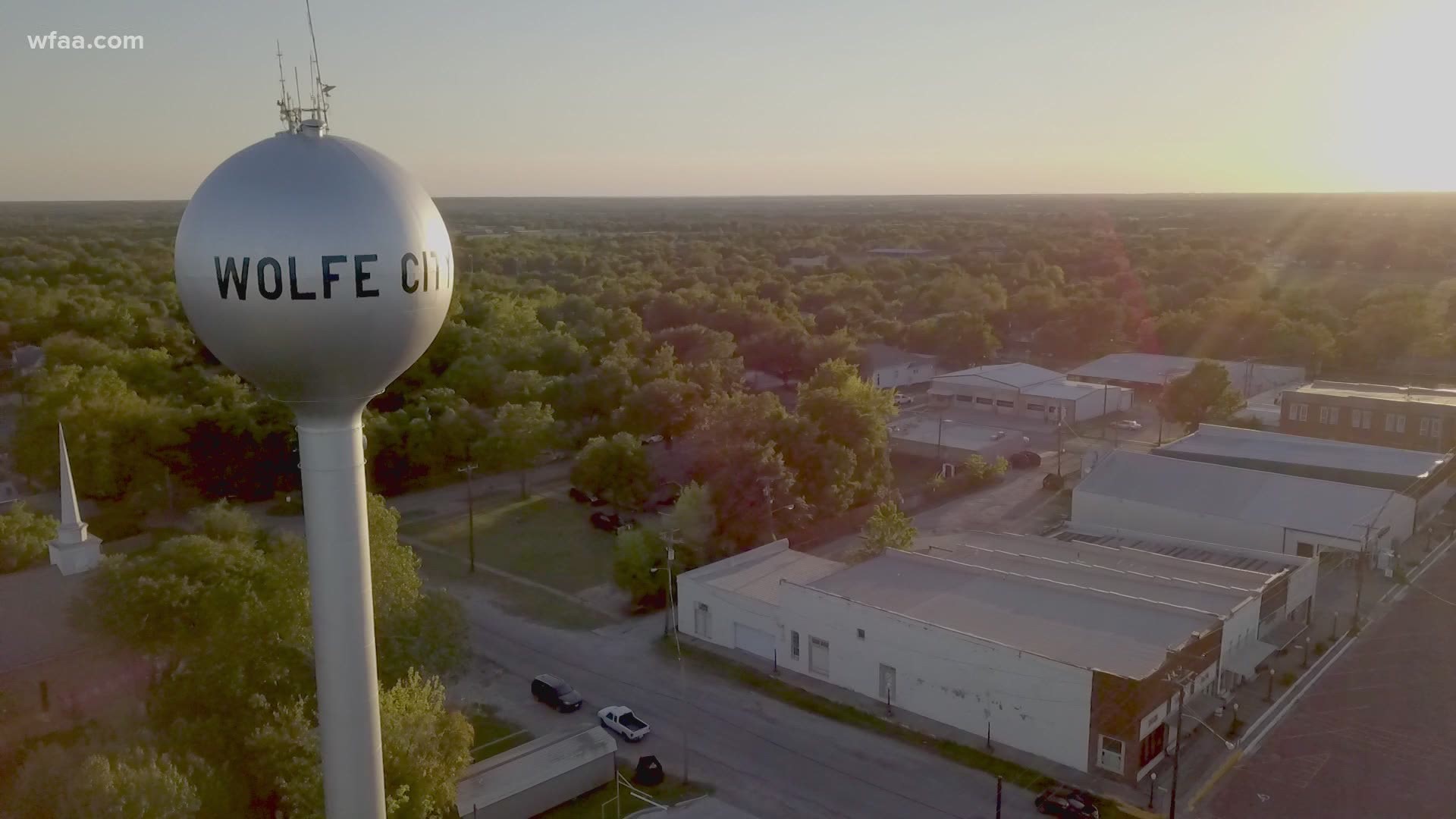 Wolfe City police officer Shaun Lucas has been arrested on a murder charge in connection to the shooting. Click here to read the story.

One person was shot by a Wolfe City police officer Saturday night, officials with the Texas Rangers confirmed.

Friends and family of the man killed, Jonathan Price, said he was trying to intervene in a domestic violence situation before he was killed at the Kwik Check gas station at 103 Santa Fe Street.

Officials have not named Price, but relatives confirmed his identity to WFAA. The Texas Rangers have released few details on the shooting or the officer involved, other than to say the officer was placed on administrative leave.

Relatives and friends said 31-year-old Price was a city employee and beloved in the Wolfe City community, about an hour northeast of Dallas.

Marcella Louis was in bed when she got the call about the shooting. She rushed to the gas station to get near her son.

The mother said she wasn't surprised to hear her son was trying to intervene in a fight.

"That’s what he always did, tried to help others. I taught him that all the years," Louis said.

Witnesses said a man and a woman were in an argument, and Price tried to step in. The man assaulted Price, and when officers arrived, they used a taser on Price before the shooting.

The Texas Rangers and law enforcement officials have not released information on what happened at the gas station.

Kyla Sanders was at a store across the street when the shooting occurred Saturday night. Sanders heard three gunshots and turned to look at what was happening.

"We were all in shock. Why would a cop shoot somebody?" Sanders said.

Sanders and others rushed over to see what happened and realized it was Price who had been shot.

"We all love him and think so highly of him and just the nicest guy you could ever meet," Sanders said. "We're all devastated, shocked, we don't really know what to do or where to go from here."

Price had been an employee of the city at the time of his death, family members said. Sanders called him a "pillar of the community."

A number of family and friends have taken to social media to post about Price's death, some using #JusticeforJonathan on Facebook.

This one hurts... for so many reasons. pic.twitter.com/Z1gTYJFXuX

She said her brother was a mentor and a trainer.

Civil rights lawyer Lee Merritt also posted about Price's death. He said he had spoken to the man's family.

"When police arrived, I’m told, he raised his hands and attempted to explain what was going on," Merritt wrote on Facebook. "Police fired tasers at him and when his body convulsed from the electrical current, they 'perceived a threat' and shot him to death."

The Texas Rangers are investigating the shooting at the request of the city's police department. Officials with the Hunt County Sheriff's Office were also seen at the scene.

The officer has been placed on leave pending the result of the investigation, Wolfe City officials said in a post to Facebook on Sunday.

The Texas Rangers routinely investigate officer-involved shootings for law enforcement agencies across the state. The death of Botham Jean in Dallas was one such high-profile case the Texas Rangers worked on.

Wolfe City is in Hunt County and located about an hour northeast of Dallas.