'It was so cruel': North Texans warn others of scammers posing as utility companies

The most recent incident happened when someone reported to BBB that a person claiming to be with Oncor Electric Delivery offered a discount on their energy plan. 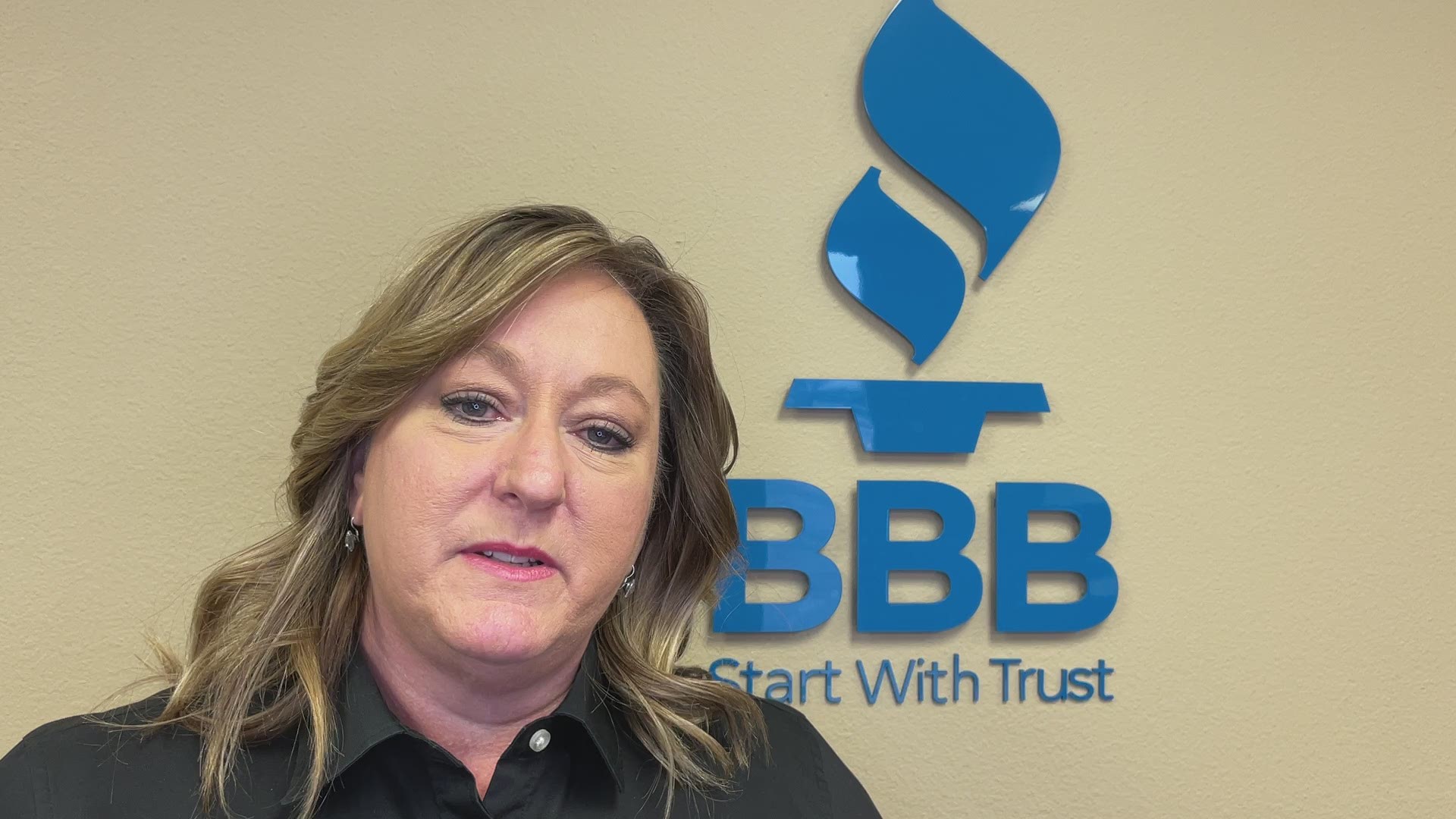 DALLAS — Multiple local and state agencies are warning Texans of imposters who are calling people acting as a utility company to gather personal or compromising information.

A prevalent scam happening now involves people impersonating a utility company and threatening to shut off the consumer's power, according to the Better Business Bureau serving North Central Texas.

The North Central Texas agency says the caller tells the consumer he or she must pay their electricity bill or the company will shut off the power.

The most recent incident happened in Burkburnett, Texas, when someone reported to BBB that someone claiming to be Oncor Electric Delivery offered a 15% discount on their energy plan. When the consumer refused to provide information from her current bill, the imposter hung up.

This scam is fairly common in the winter and summer months when most people need heat or air conditioning, according to BBB serving North Texas.

Anthea Stroman lives in Arlington and says she got a phone call she thought was from TXU Energy. She said her initial response was panic.

"I went to the animal part of my brain when I felt like I needed to react," Stroman said. "The timing by these people was really fantastic with this storm going on right now."

The person on the phone said they would turn off her power in 30 minutes because a bill was overdue.

"When we're already under so much stress, it makes people so much more vulnerable," Stroman said. "It was so cruel."

The scammer told her to call a number to make a payment. When she made the call, Stroman said the person on the other end of the call would not identify what company he worked for.

"He was being very snarky," Stroman said. "It was as if he was reprimanding me. He said, 'You know who you are calling. You know what you need to do.' I used a few choice words at that moment before I hung up."

Stroman said while she is glad she didn't fall for the scam, she is worried what could potentially happen to others.

"It is just compounded by the fact that we have these power outages right now and there's so much going on," Stroman said.

Earlier this week, the Electric Reliability Council of Texas (ERCOT) sent out a Tweet, warning people of a scam involving someone impersonating the corporation and asking for private account numbers.

There is a scam circulating on social media asking customers to text their private account numbers. Don’t do it! We don’t need any of your info to get your power back on – we are working as fast as we possibly can.

In a tweet, FEMA says there is a "false phone number" being shared with a message that says FEMA is paying for hotels in connection to Texas Disaster Relief. This is a scam, FEMA says.

There is a false phone number being shared with a message about FEMA paying for hotels for Texas Disaster Relief.

The best information on legitimate sources of help in your area will come from local officials & @TDEM.

Tips to protect yourself from scams

The Better Business Bureau serving North Central Texas says that one of the key indicators that someone is attempting to pull off a scam is if prepaid forms of payment are involved.

Prepaid debit cards, gift cards or wire transfers are always a red flag as a form of payment, according to the BBB serving North Central Texas.

If you receive any unsolicited calls, contact your electric provider using a number on your bill.

Additional BBB information on the utility imposter scam can be found here.

The Texas Department of Insurance said ways to avoid fraud include:

The Insurance Council of Texas says to make sure and document and leaks and repairs, including taking photos or video of the damage. Keep receipts from everything you spend, the council says.

If possible, get with your insurance agent to make sure you know what is and isn't covered. Homeowners can have varying levels of coverage for water damage, according to the Insurance Council of Texas.

You can search for a plumber's state license on the Texas State Board of Plumbing Examiners website.