'I couldn't believe how many people were just so willing to jump in and do things.' 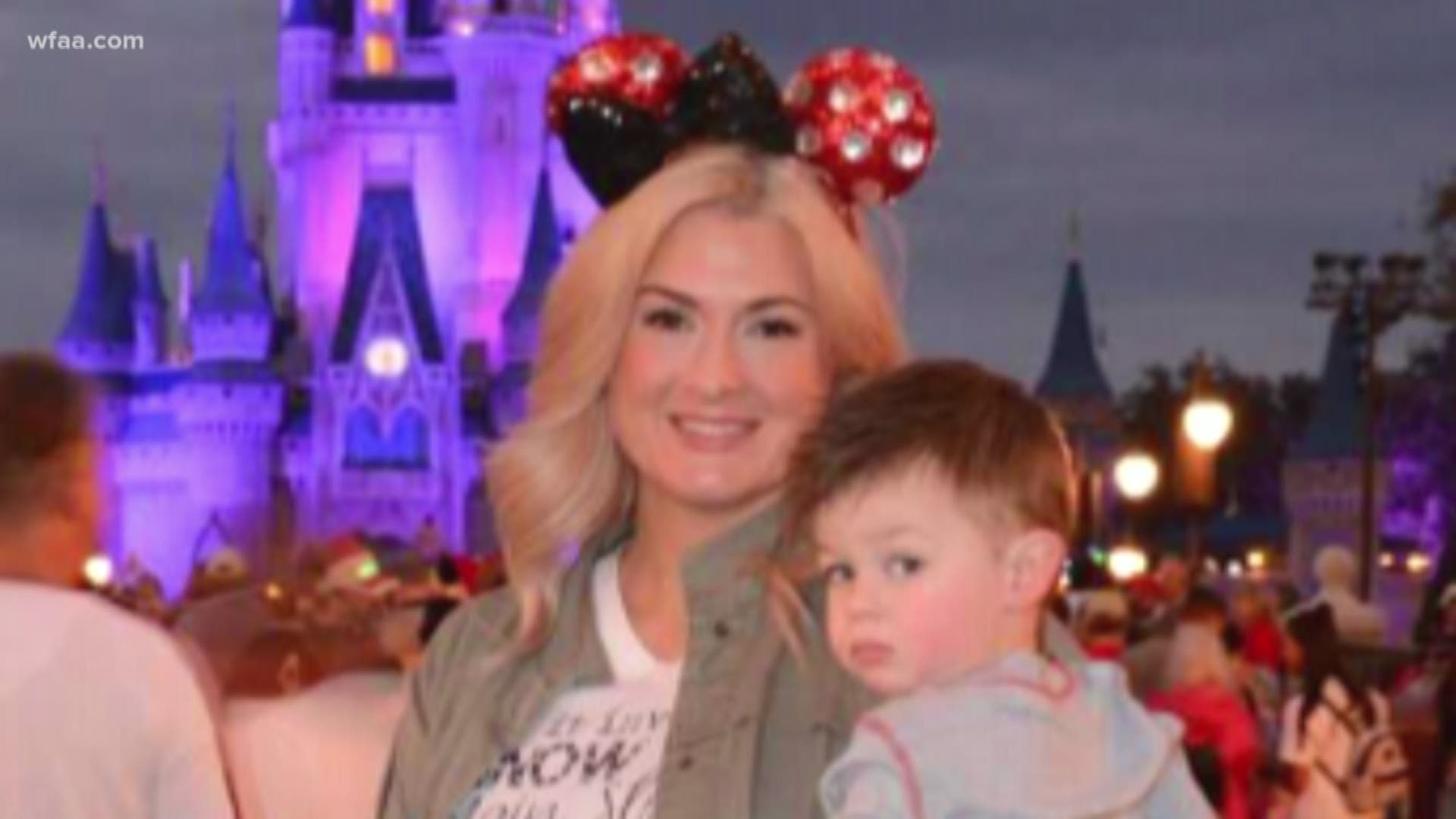 "It was overwhelming," Becca Kinsey of Royse City said of the resulting chaos from her decision to make a trip home from Disney World without anyone else to help her wrangle her sons James, 5, and Wyatt, 2, on the flight back to Texas.

"I got really brave," Kinsey said. "I've flown several times before. I thought I totally had it handled and I'd be able to it with two kids. But I was very wrong."

Wrong because Wyatt was having a really 2-year-old kind of day this past Friday. And the fact that Kinsey lost her driver’s license and got bad directions to which end of the terminal she needed to be in didn’t help Wyatt’s terrible twos get any better.

But then her day, and her faith in humanity, took a turn for the better when random strangers offered to help.

"I couldn't believe how many people were just so willing to jump in and do things."

One woman helped carry Kinsey's luggage. Another helped get Kinsey and the boys through security. And then, a woman seated across the aisle from Kinsey offered to take Wyatt onto her lap, and soothe him for the rest of the flight.

"She's amazing," Kinsey said. "I mean who does that? Who would want to hold a screaming 2-year-old. And she was so sweet. She snuggled him up in a jacket and held him, it was so helpful. And I was just, [I] had been crying, [I] was such a mess, and she just swooped in and held him. It was awesome!"

And what was equally awesome was what happened when she posted the photo on social media.

The photo, and her description of the good deeds offered by complete strangers, have now been shared and praised tens of thousands of times. Even actor Chris Pratt shared her story on Twitter. Yes, Star-Lord himself.

"I had no idea that many people were going to pick up on it. It's insane," Kinsey said.

Kinsey said the woman on the plane carried Wyatt all the way to baggage claim, handed him to Becca's husband who was waiting for them, and left without giving her name. Becca would like to find her, and everyone else who helped.

"There's no way I would have made that flight without those three women, no way!"

As for when she will choose to attempt flying alone with her two boys again?

"Probably when they're teenagers," she laughed. "Not before."

Unless perhaps more Good Samaritans are standing by just in case.

So many people have responded, and so many people have shared her photo of the woman on the plane holding her 2-year-old son, that Kinsey is now asking people to consider paying it forward by donating to a cause she supports: Kidd's Kids, a program for families of children with life-threatening and life-altering conditions.