For almost 35 years, Tarrant County has been the most reliably red, urban county in Texas. Then, on Election Day, Democrat Beto O'Rourke beat Republican incumbent Ted Cruz in the county. 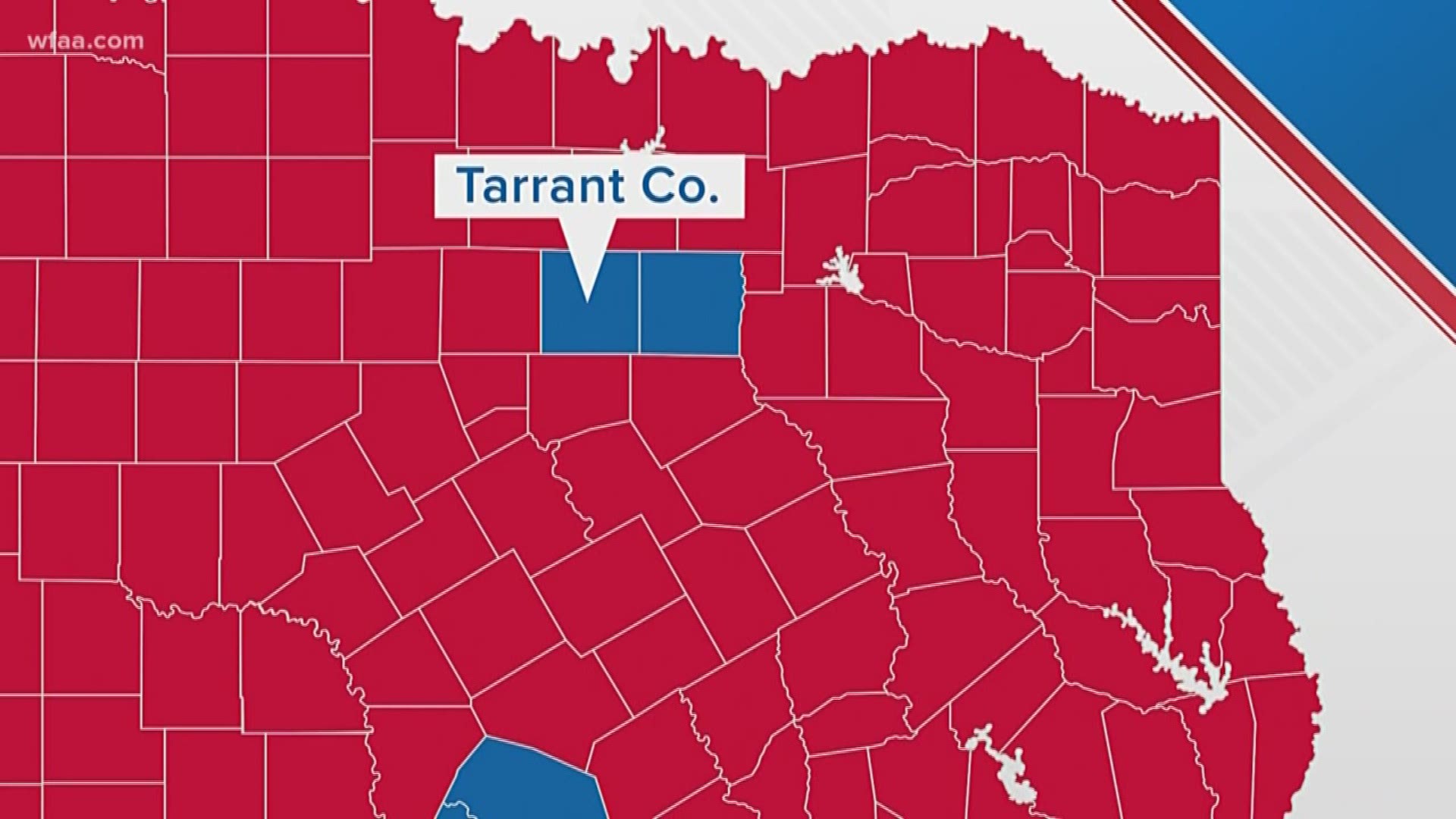 For almost 35 years, Tarrant County has been the most reliably red, urban county in Texas.

That's why even those who closely follow county politics were shocked when senate candidate Beto O'Rourke won in Tarrant County.

It's not the only race that went to the democrats in Tarrant County.

A justice of the peace and county commissioners seat also turned blue.

Democrats celebrated victory Wednesday, adding that they've worked hard to reach out to both transplants and Tarrant County natives. Meanwhile, the Tarrant County republican party was studying surprise upsets, and races that were uncomfortably close.

"It's a wakeup call to some extent that we didn't win with the margin that we thought we might," said Darl Easton, Tarrant County republican party chair.

"We've always known Dallas County is blue, but a lot of that blue is trickling into Tarrant County as well," Kennedy said. "Arlington used to be very Republican, but now it's an urban city with big city needs."

But even as South Tarrant County becomes more urban and blue, the northern part of the county is becoming more red, Kennedy said.

Newly elected Democrats will have to reach across the aisle.

"They're going to have to build bridges with Republicans in north Tarrant County to get things done," Kennedy said.

Democrats say this is just the beginning.

"Today I'm not resting on laurels," Powell said. "I'm looking at what we need to do better."

Kennedy remembers when Tarrant County suddenly turned red back in 1984. He believes change this time will be more gradual, as more families move in.

"Over time, Tarrant County will be more purple and blue, but it will be over six years, eight years, 12 years," Kennedy said, "not tomorrow."