Neighbors at the Spanish Villas Apartments on the 200 block of Skyline Circle say workers left piles of bed bug infested furniture around one of the buildings in the complex this week. 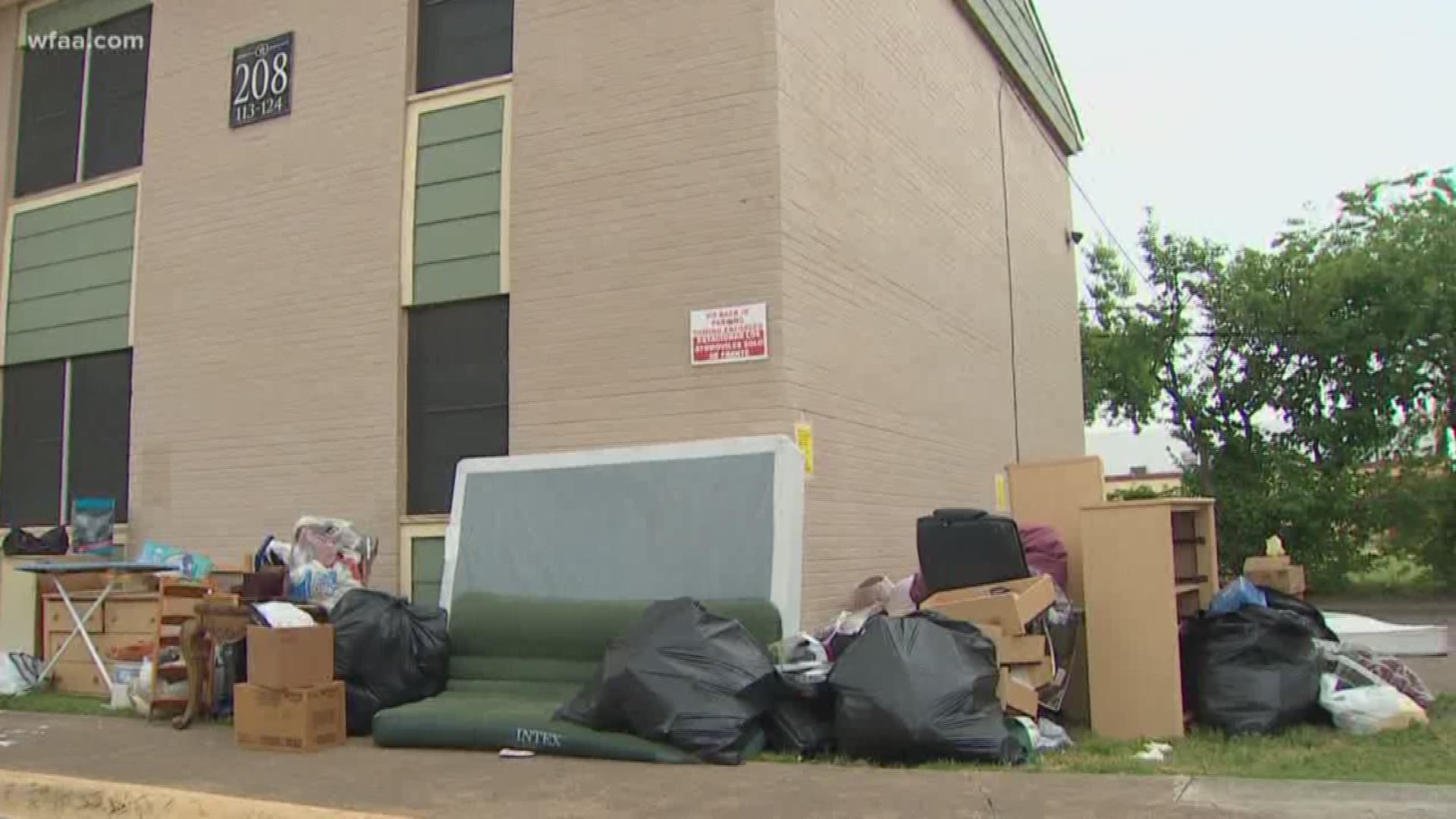 Some tenants are complaining about a bed-bug infestation that they say is creeping too close to their apartment homes in Grand Prairie.

Neighbors at the Spanish Villas Apartments on the 200 block of Skyline Circle say workers left piles of bed bug infested furniture around one of the buildings in the complex this week.

“This building is infested,” said neighbor Debra Muniz. ‘All these buildings is infested with bed bugs.”

Residents at the complex say bed bugs are crawling in and jumping around all of the furniture that’s been tossed out. Several bright yellow signs are placed around one building, above the furniture, warning folks everything is infested with bed bugs.

"It’s like right there by my apartment,” said neighbor Heather Mancera. “That could cause all my stuff to have bed bugs too."

Mancera and Muniz are itching to know why the mess was left right in front of other tenants’ homes. A man named Alberto, who identified himself as the complex manager, said the bug problem was discovered while evicting a unit on Monday. He said the tenant who lived there never told the apartment complex staff bed bugs were an issue.

”I wouldn’t have put their stuff outside,” Muniz said.

When asked why the workers decided to place the infested furniture so close to other units, the manager explained he sprayed the items with insect spray.

Even the City of Grand Prairie staffers agree spray, alone, will not kill bed bugs.

”We constantly have to throw our beds away," Mancera said. "Having to buy our own equipment and stuff to fumigate, because they won’t do it.”

The City of Grand Prairie sent an inspector from the Housing and Enforcement Division to the complex to investigate. However, because bed bugs are considered a nuisance, the City explained it has no legal means of enforcing the property to cease leaving the furniture in that location.

”I want them to clean it up," Muniz said.

The complex manager said he has 24 hours to move have the evicted tenant's furniture removed from the property. In the meantime, the city said it would be asking the complex to consider moving the furniture to a different spot.