A younger student, 13, received a concussion, bruising, and a hematoma as a result of the attack. 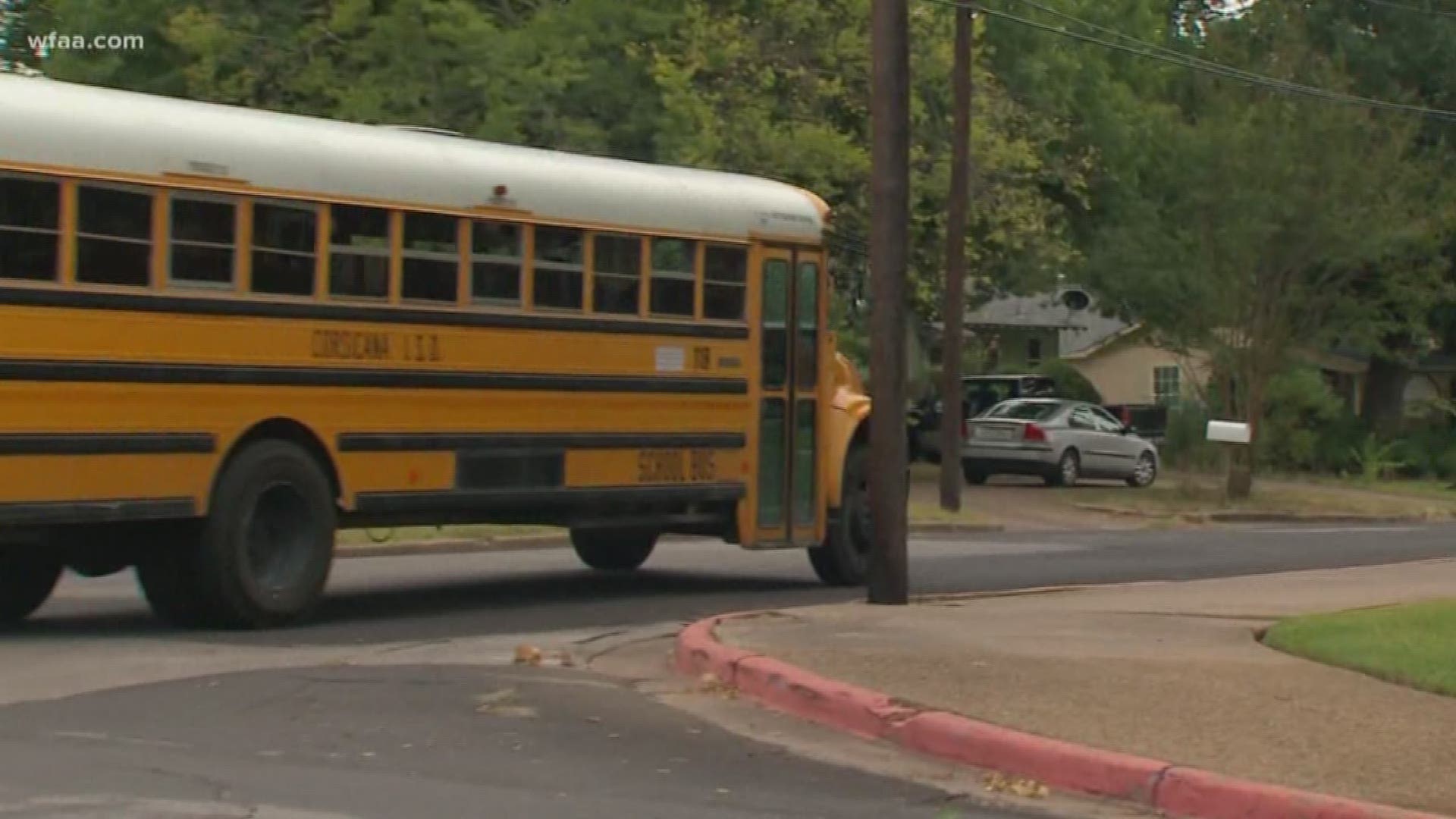 CORSICANA, Texas — A 16-year-old high school student in Corsicana now faces a charge of assault after he was captured on camera attacking a younger student riding the bus.

The video, which is difficult to watch, is troubling both parents and district officials.

Family members of the younger student targeted in the attack are now asking the district to ensure that students are safe when they ride the bus.

The incident happened on October 4th, according to the district.

A 13-year-old junior high student was on his bus route when the 16-year-old jumped on to confront him.

The aunt of the 13-year-old told WFAA that the high schooler doesn't ride the same bus as her nephew and that the driver should have noticed the unfamiliar face.

WFAA is not identifying the aunt or any family members of the 13-year-old due to safety concerns.

"He's older, he's bigger, and he wasn't even supposed to be on that bus, period," the aunt said.

Once on the bus, a video taken by a fellow student shows what happens next.

The 16-year-old can be seen beating the 13-year-old student as he sits in his bus seat.

The 13-year-old takes a barrage of punches before he gets to his feet and is able to fight back.

The two boys stop for a moment, and the 16-year-old gets in a cheap shot when the 13-year-old thinks the fight is over.

The video only lasts for about 48 seconds, but it was enough for Corsicana ISD Police to arrest the 16-year-old the next day for assault.

"Corsicana ISD has a zero-tolerance policy for behavior exhibited in the video. The aggressor in the altercation, who is underage, was disciplined according to the district's student code of conduct. The appropriate outside authorities were notified to take care of the situation.

Riding a bus is a privilege, not a right. Student safety will always be our priority."

The mother of the 13-year-old told WFAA that her son suffered a concussion, swelling to the head, a hematoma and that bruises were all over his body.

The boy's aunt said her entire family is furious.

"It's an appalling video," the aunt said. "You have kids on the bus that shouldn't be there. I was angered that it was even allowed to happen."

A big question WFAA had was why the fight even happened.

District officials told WFAA that there was no record of bullying or confrontation between either student.

But the 13-year-old's aunt said that the attack began over a girl.

"My nephew spoke to his girlfriend, and that's basically it," the aunt said.

"That's what a juvenile detention officer told our family."

This leads to a big question the aunt wanted to ask Corsicana ISD officials.

"What policies are in place to prevent this from happening in the future?" she asked.

Corsicana ISD told WFAA that it's expanding a program where students scan a bar code when they get on their bus.

It allows parents to track their whereabouts and confirms to the driver if the student is on the right bus or is even supposed to be there.

It's a change that the family of the teen victim believes is good--but they're now weighing if the boy will stay a Tiger or not.

"At this point, we're debating whether to move out of the district for his protection," the aunt said.