Charles Bryant, 31, faces a murder charge in the death of Jacqueline Vandagriff, 24, who had met Bryant at a Denton bar the night she died, Sept. 13, 2016, police said. 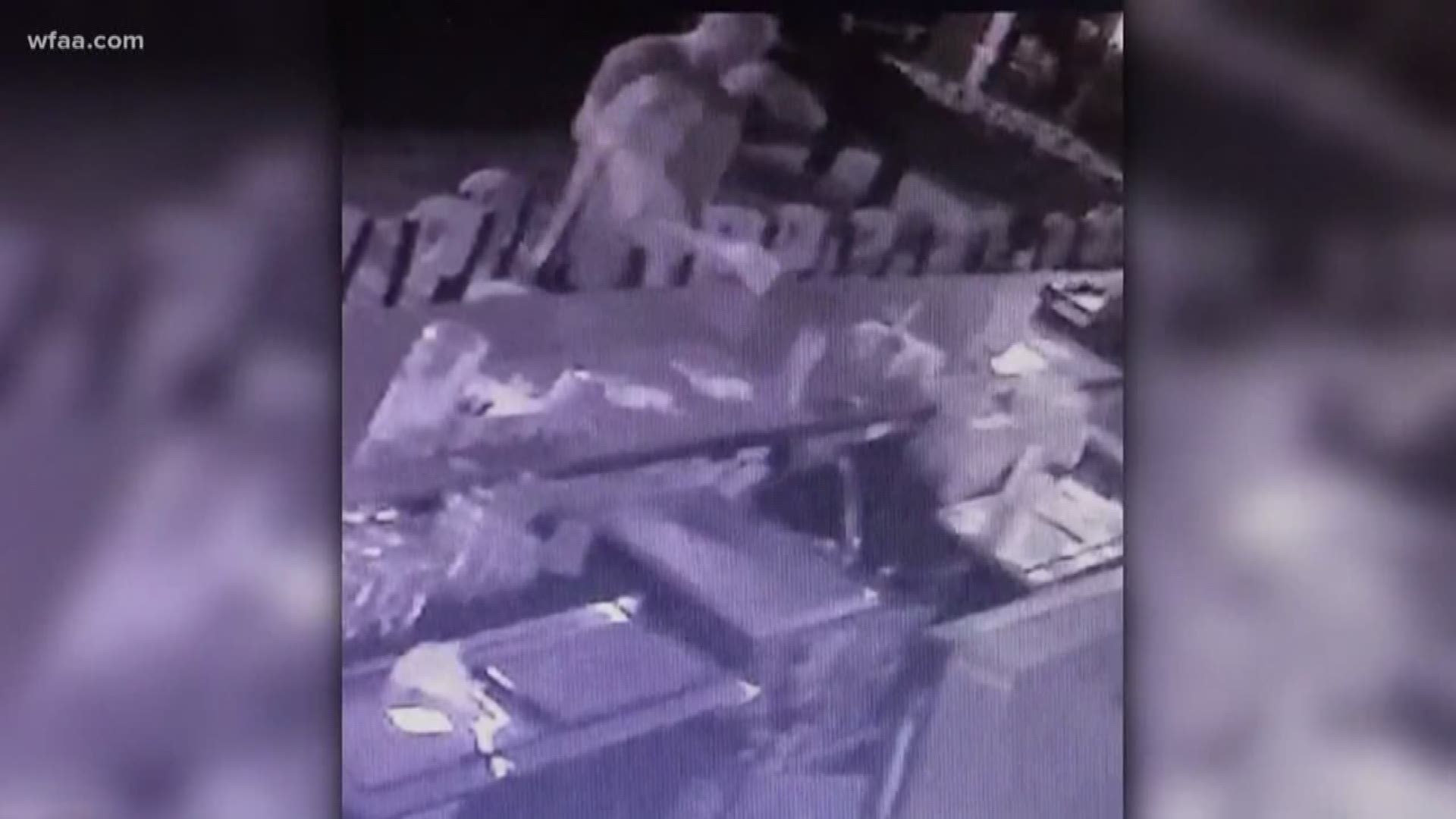 The surveillance video from two bars shows the pair chatting and having drinks, with a handful of other patrons in the bar too.

One of them told jurors Tuesday there was nothing remarkable about what she witnessed that night.

Sherry Bogue said she had a brief exchange with Vandagriff, who told her an online date had stood her up.

"So of course as a woman – we were all like – ‘are you okay’'," Bogue recalled. "And she said that she met that man (Bryant) and he was being nice enough – there were no red flags.”

Jurors then viewed surveillance from the 7-eleven store on W. Oak in Denton, just a few blocks from the popular bar scene on Fry St where the two had met.

The video shows Vandagriff alive and in the front passenger seat of Bryant's car just before 11pm on September 13, 2016. After making a purchase inside, the video shows Bryant get back in the car and the pair drive away. They are the final known living images of Vandagriff.

Jurors then watched Bryant enter a Wal-Mart near his home in Haslet just after 4:30 a.m. on September 14. Vandagriff is not seen. The video shows Bryant purchase a shovel and then leave the store 14 minutes later.

The surveillance trail picks up again at 5:41 a.m at another 7-eleven, this one in Haslet, where Bryant fills up a gas can. Vandagriff's body was found burning near Lake Grapevine just before 6:30 a.m.

Late on Tuesday, the judge ruled testimony from a UNT student who filed a restraining order against Bryant a week before Vandagriff's killing would not be admissible in the trial and that jurors would only hear from the woman if prosecutors choose to have her testify about her knowledge of contents at Bryant's home in Haslet.

Testimony began Monday in the trial for the man accused of killing a Texas Woman's University student whose body was found burning near Lake Grapevine in September 2016.

"Jackie had just started a new path at TWU," Tarrant County Assistant District Attorney Lucas Allen said in opening statements. "It was a good path until an evil destructive figure, Charles Bryant, stepped into her path."

ABOVE - surveillance from bar where Jackie Vandagriff met Charles Bryant near UNT campus. Prosecution says in opening statement: "Jackie had just started a new path at TWU. It was a good path, until an evil destructive figure, Charles Bryant, stepped into her path. @wfaa

Bryant's attorney, Glynis McGinty, argued that he and Vandagriff had consensual "kinky" sex that night and she died during the sex.

Bryant then panicked and went to a Wal-Mart in Haslet near his home and bought a shovel with plans to bury Vandagriff, McGinty said.

McGinty argued that Bryant was guilty of tampering with evidence, not murder.

Prosecutors say surveillance also captured Bryant filling up a gas can at a 7-eleven. Vandagriff was not seen in either of the videos obtained from early September 14. Her burned and dismembered body was found in Acorn Woods Park in Grapevine a few hours later.