Tracking Goatman: The story behind the Lake Worth Monster

It was July 1969, and a crowd people at Lake Worth witnessed something they had never seen before: A seven-foot creature on top of a cliff. Then, a few months later, there was the photo. 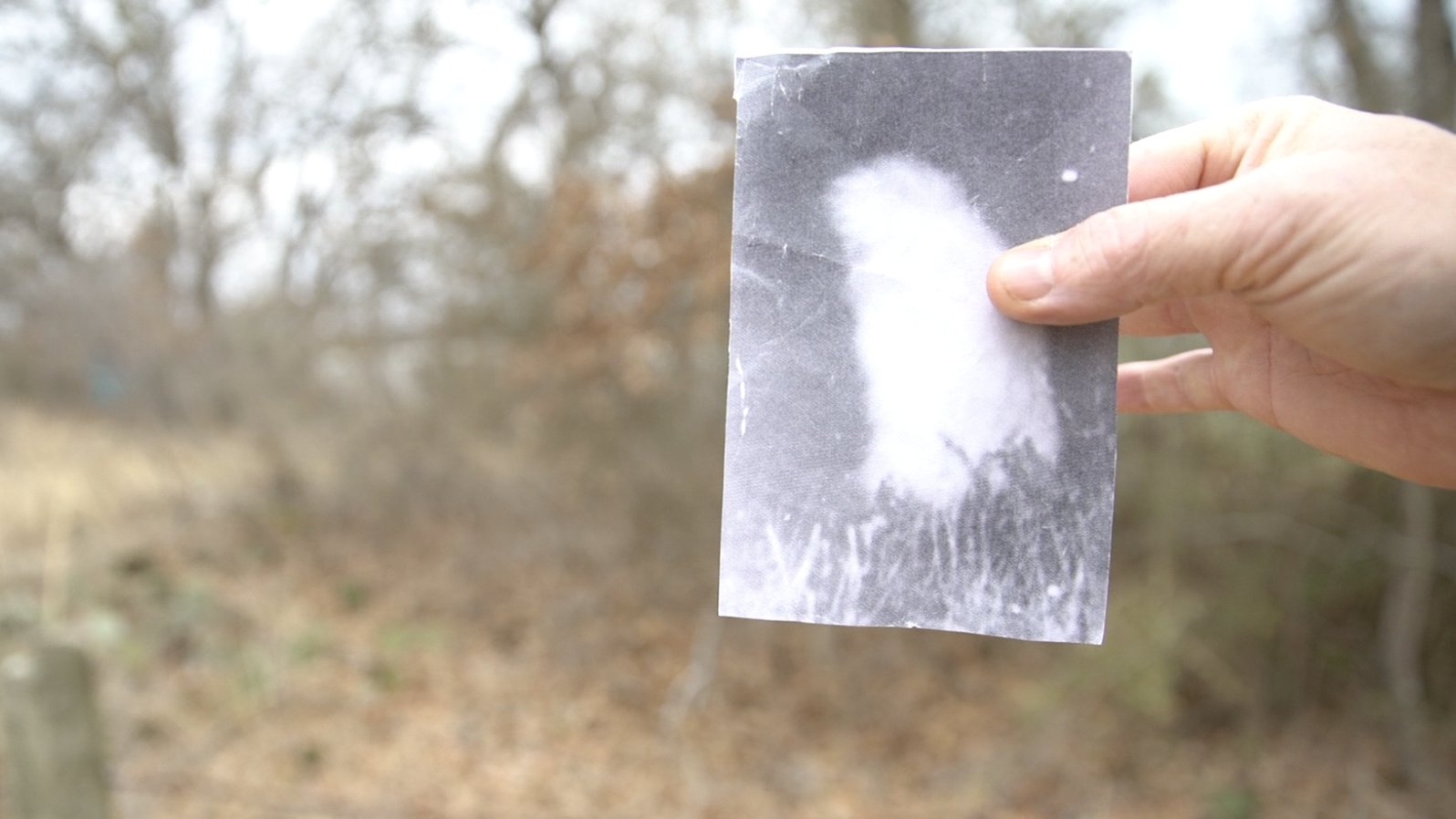 Rob Denkhaus pointed to a patch of brush on the north side of Lake Worth, across from Greer Island, and held up the grainy black-and-white photo.

Denkhaus, the manager of the Fort Worth Nature Center for the last two years and an employee there for the last 20, was about to shed light on a legend.

This spot, Denkhaus explained, was probably where Lake Worth's most infamous photo – of a furry, white something rising from the grass – was taken nearly 50 years ago.

Now what was actually in that photo is more of a mystery.

But at the time, there were plenty of people who believed – or wanted to believe – in the Lake Worth Monster, also known as "Goatman."

Rob Denkhuas, manager of the Fort worht Nature Center, holds up a picture of the "Lake Worth Monster."

Witnesses described the creature as half man, half goat, towering seven feet tall and weighing 350 pounds. Hairy, horned and covered in scales, the beast was reportedly seen running across a cliff and tossing a pickup truck tire 500 feet.

A story about the uproar appeared in the Star-Telegram in July 1969, and WFAA followed up with a report the next day.

"Just about the time man, in all his wisdom, decides that he has this world and everything in it all figured out, along comes something he can't explain," WFAA reporter Jerry Taff relayed from the scene, his tone wavering between tongue-in-cheek and grave concern.

In the clip, Taff asked a witness if the monster had a scaly lizard-like skin, as other had reported.

"I was so scared, I didn't see nothing like that," the man said.

At the time of Taff's report, the legend was pure hearsay. The rumors, though, were enough for police to fear that a mob of rifle-toting citizens would try to take the matters into their own hands.

Clarke's "The Lake Worth Monster of Greer Island, Fort Worth, Texas," part of which has been posted on the Tarrant County Historical Journal website, featured a picture of Greer Island and an ominous warning:

"Somewhere deep in the thick under brush the Lake Worth Monster hides. What he could write about the people that chased, followed, tracked and shot him, may be as interesting as what the people have said and written about him."

Clarke, who died in 2009, interviewed more "witnesses" to the monster.

Five people claimed they saw the monster break the limb of an oak tree. Clarke's book had a picture for that, showing a thick limb snapped like a toothpick. Another man, Jim Stephens, claimed the monster, "real big and human like with burn scars all over its face arms and chest," jumped on the hood of his Mustang one night, hanging on until Stephens crashed into a tree.

Rob Denkhaus points to the spot where the Lake Worth Monster was first "witnessed."

But the lasting image of the mysterious creature came that fall, in November, when a man named Allen Plaster snapped a grainy picture of what appeared to be a wooly beast walking through high grass.

Plaster, in an interview with the Star-Telegram in 2006, dismissed the legend, telling the newspaper that the "monster" was probably just someone playing a prank.

His picture, though, became famous in certain circles, said Denkhaus, who still receives questions about it from people in the "Bigfoot/Sasquatch community."

And the legend itself has been passed down over the years. Children on field trips and summer camps at the Nature Center will often ask Denkhaus and his staff about the monster.

The Nature Center, which sits on more than 3,000 acres of woods and prairie along the lake, has fun with it, holding a "Lake Worth Monster Bash" every four years. The next one will be next year, on the 50th anniversary of the sighting.

"The Nature Center is full of mystery," Denkhaus said. "This is just the biggest one...maybe the most over-the-top one."