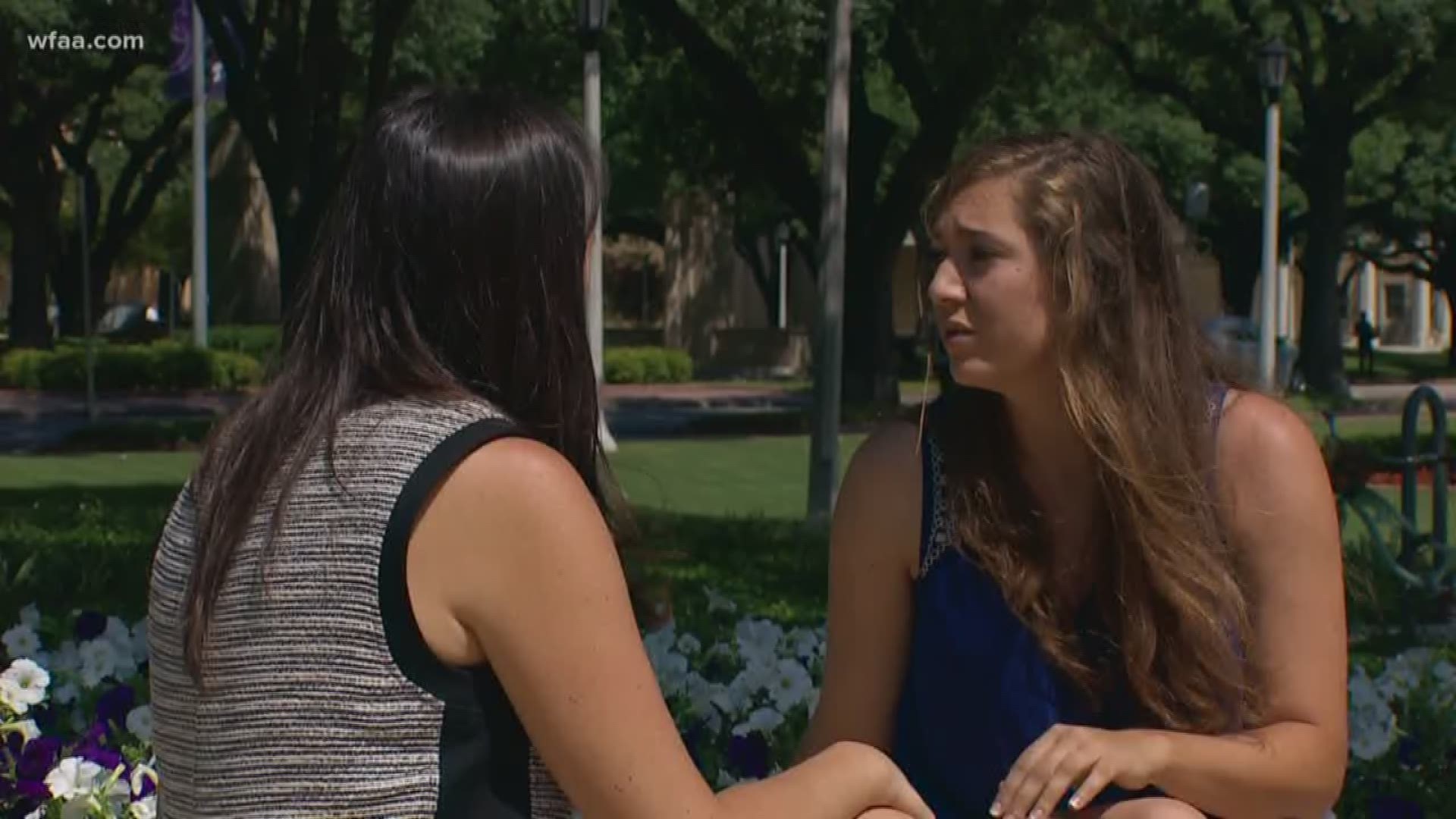 Like most TCU students, senior Zoey Clark has walked past the statue of the university's founders countless times in her four years on campus. It's featured prominently on the mall.

But unlike most TCU students, the statue is more to her than just a landmark; it's a piece of family history.

"I feel incredibly proud, I do," Clark said Friday, the day before she's set to graduate. "Randolph Clark, one of the founders, was my great-great-grandfather."

Her great-great-grandfather (who has the beard, should you ever see the statue), started the university in the late 1800s along with his brother Addison. It was first in Thorp Springs, then Waco and, since 1911, at its current location off University Drive in Fort Worth.

"It's kind of funny, walking past him every now and then," Clark said of the statue.

Besides her sister, most of Clark's family didn't actually go to TCU. But since enrolling here, she says she's realized how meaningful the connection is.

"There are paintings up in Sadler Hall and these statues that I walk past, it's just a little—it's nice to see them standing next to me," Clark said.

"I think it's pretty special she ended up actually deciding to come here," said Tracy Hull, Associate Dean of the library. She said the founders and their values are still such a strong part of the university's identity.

"It's kind of interesting that the university still exists and all these years later, this great-great-granddaughter is a graduate," Hull said.

"I know my family was a part of making something so wonderful, and this campus is just fantastic," Clark said.

Her family is presenting the school with a portrait of Randolph Clark Friday evening. And even as Zoey Clark prepares to leave campus for good, she knows her family's mark will stay forever.