A Fort Worth couple is trying to figure out where a macaw came from after it landed in their front yard and made a home in their trees. 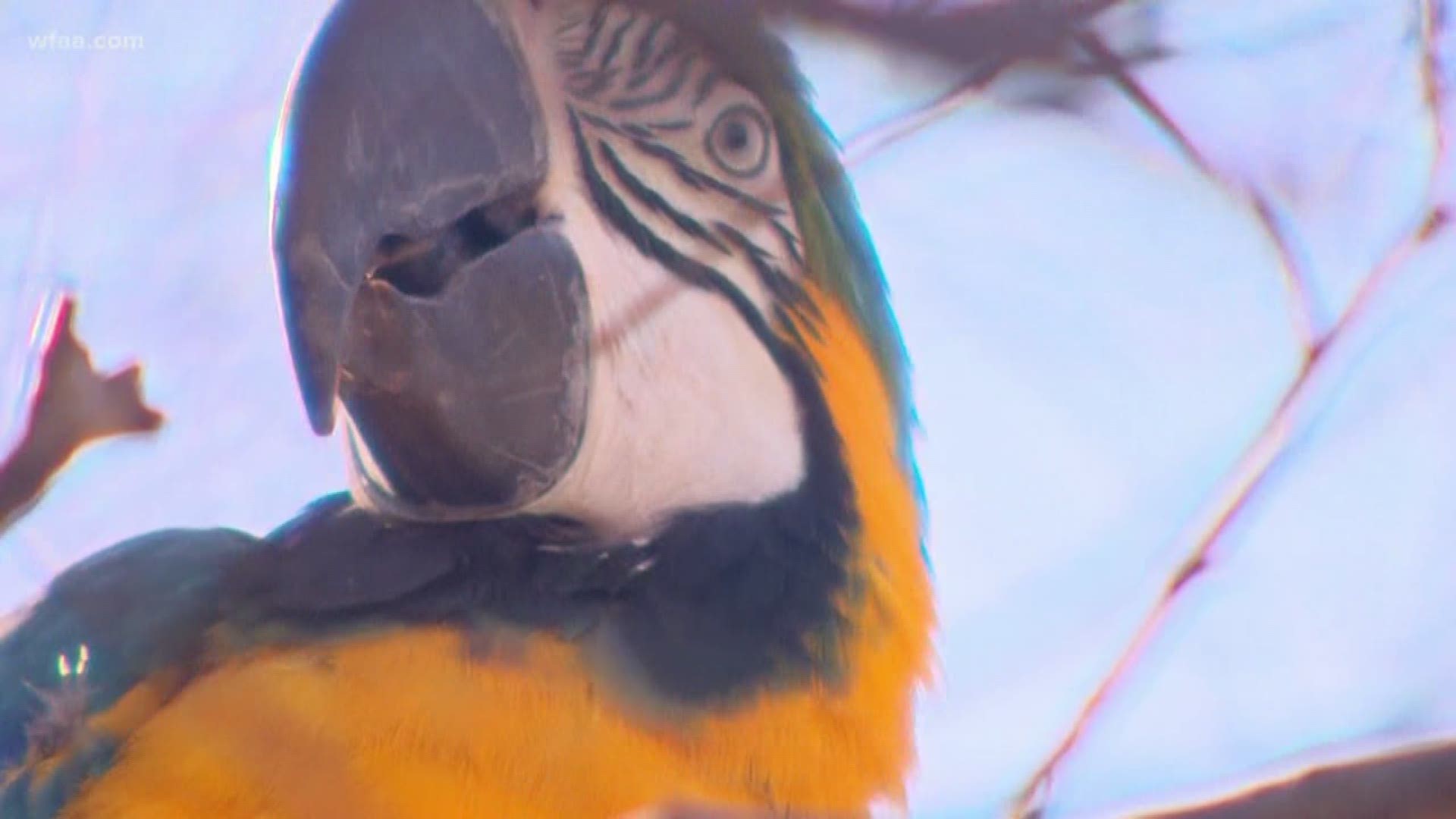 FORT WORTH, Texas — The sound of birds is a sure sign of spring, but Carolin and Tommy Brown never expected the sounds of a macaw.

"I hear this loud squawk and I looked up and he was there," Carolin Brown said.

The couple were returning to their Fort Worth home after having lunch Sunday when they heard a macaw before they saw its brightly colored feathers.

The animal is bright blue, yellow and green, and they assume it is a male though they don't know for sure.

"I'm sure someone is missing a pet," Carolin said.

The Browns said they called the Fort Worth Zoo a few miles away, but were told he wasn't from there. They have posted online looking for the owner, and they're hoping sharing their story might help them reunite the animal. They want someone to prove ownership before they had him over.

"We're hoping he's reunited with them, or I'm going to build a big birdhouse," Tommy said.

Macaws will fly more than 15 miles for food, so it's hard to say where the bird might have come from. From the Browns' home just south of downtown Fort Worth, that range would cover most of the city and spread all the way to Arlington or Burleson.

The Browns have nicknamed the bird Alpha after their family plumbing business. Tommy used spare PVC pipe to rig up a quick perch for the macaw on their fence, and they have been feeding it apples and lettuce. While the bird has flown a few houses over, it returns to their roost.

They said many of their pets over the years have been strays or rescues, and it's clear that in just over 24 hours, they've already grown a little attached.

"If nobody claims him, there's your birthday present," Carolin said to Tommy.

If you believe the Browns have your bird, contact WFAA and we will share your information with them.

"I just want him to be safe," Carolin said.