Facebook Data Center in Fort Worth continues to grow

The company opened the data center early last year and plans to add to the initial 450,000 square feet with a total of five buildings on its 150-acre campus. 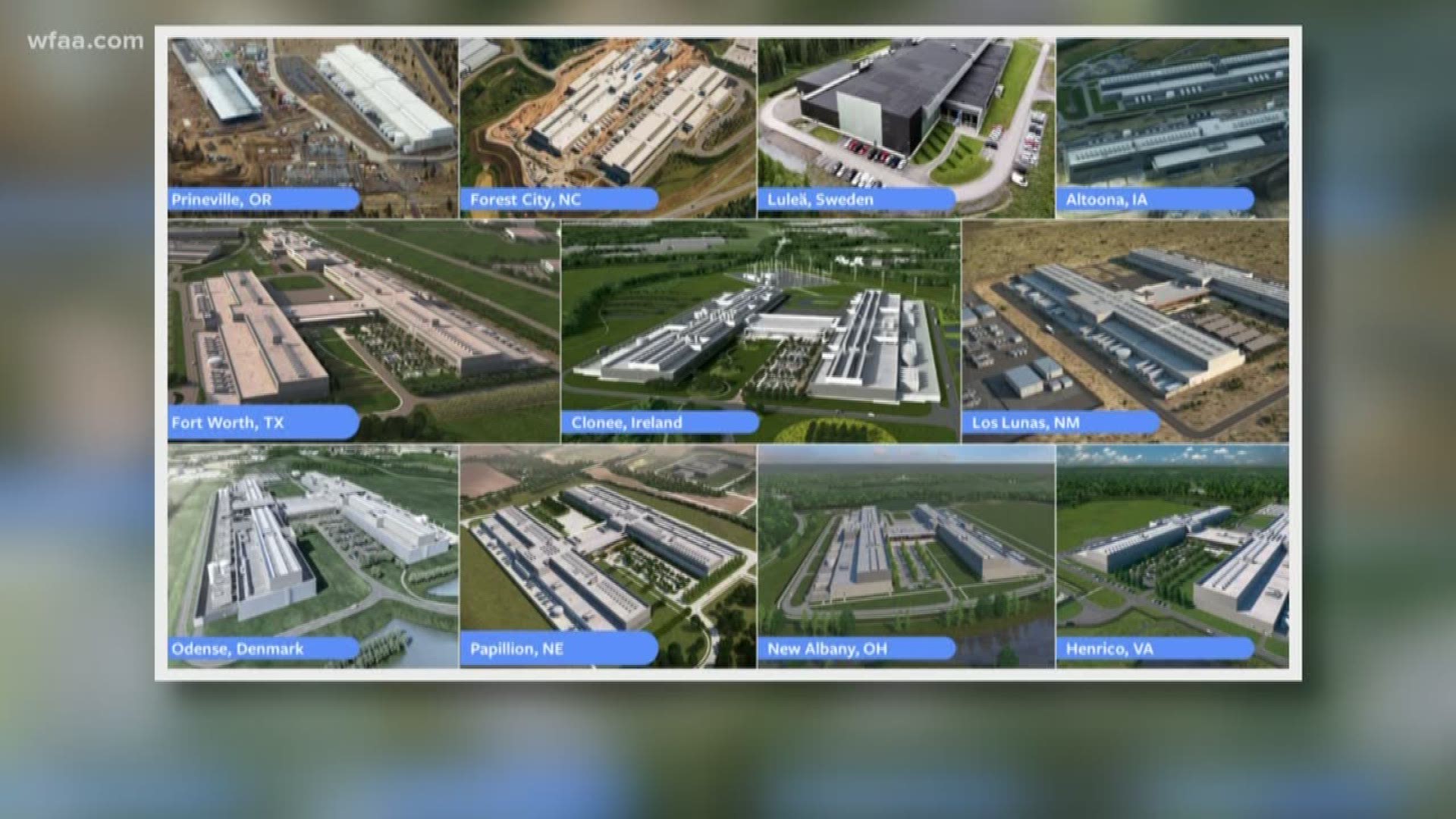 Facebook continues to expand its already massive footprint in north Fort Worth.

The company opened its DFW area data center early last year and plans to add to the initial 450,000 square feet with a total of five buildings on its 150-acre campus. And despite the current climate, with CEO Mark Zuckerberg facing two days of intense questioning in Washington, D.C., experts do not expect Facebook's fast-paced expansion or its profitable business model to change.

“Facebook has data stored all around the world about all of us," said lawyer and cyber security expert Shawn Tuma. “At its core, Facebook did what it’s designed to do," he said of the current debate over Facebook's allowance of user information to be accessed by data firm Cambridge Analytica.

The Fort Worth-area data center is one of eleven equally massive data centers across the United States and in Europe storing, processing, and sharing user information, allowing advertisers to more target specific in their ad campaigns.

“Facebook is a free service," Tuma said. "When someone gives you a free service, you are the product. Because it’s your data that helps them make a profit. And the only way they do that is by collecting that data and reusing it.”

But on the same day Zuckerberg began his first day of testimony on Capitol Hill, Facebook users began receiving warning messages that use of a specific game app, in this case an app called "This is Your Digital Life", may have "misused some of your Facebook information by sharing it with a company called Cambridge Analytica." Facebook says it has "banned" the app but that "there is more work to do, but we are committed to confronting abuse and to putting you in control of your privacy."

“Going into it I always knew that it was something you’re kind of signing up for. So I was always careful with what I was sharing," said Brian Smith of Dallas. He's backing away from Facebook because it not what it used to be for him - a free platform to share pictures with family and friends.

“And it's more of just ads and political statements now. And that just really did not interest me anymore.”

And at the end of the day that’s what Facebook needs, your interest and your likes, to keep its burgeoning business model alive.