Could liquor stores make their way to Bedford? One group hopes so

Bedford is one of the mid-city communities that allows beer and wine sales in stores but not liquor sales. 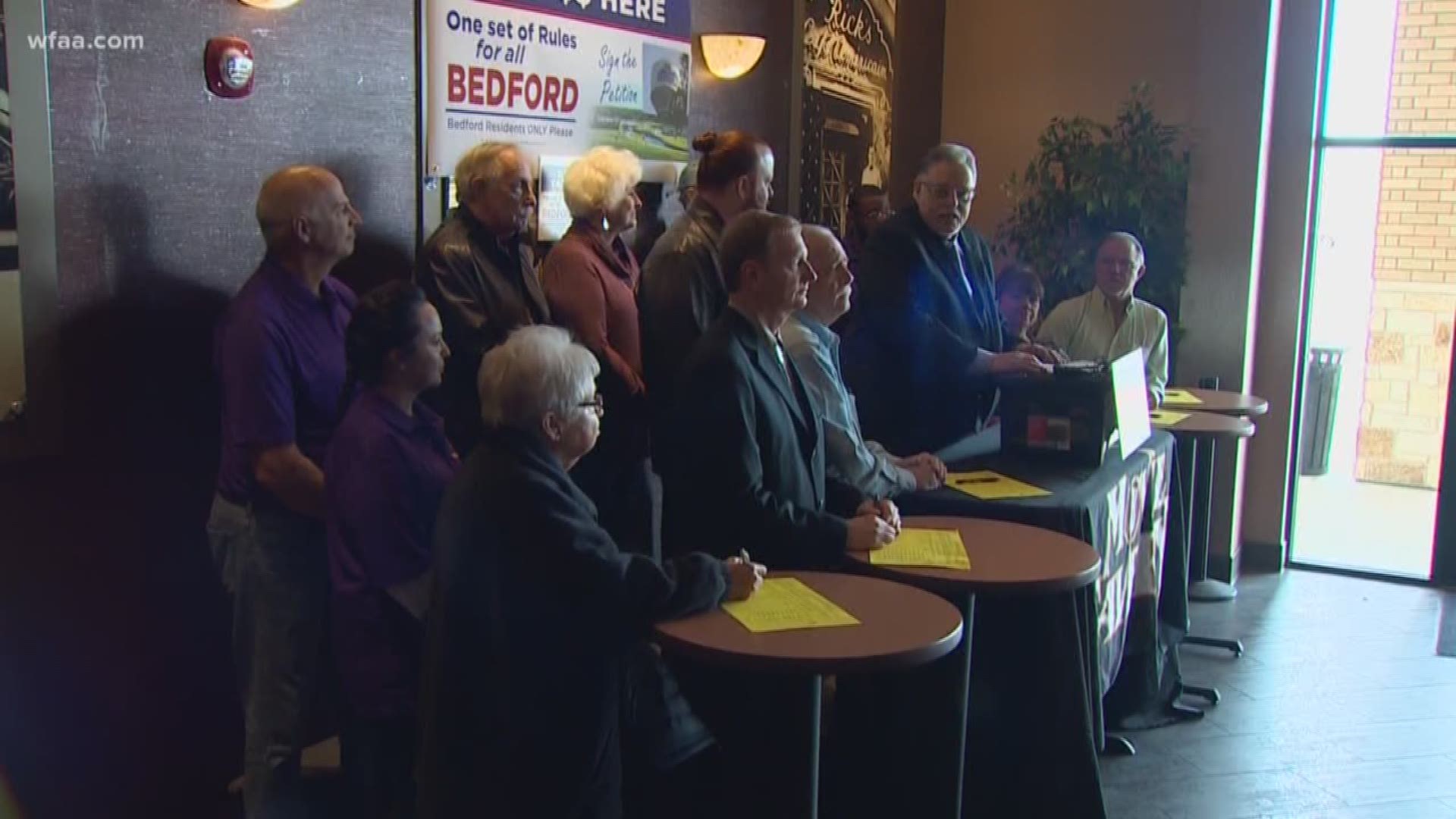 BEDFORD, Texas — In a city like Bedford, where there's virtually no space left to develop, residents are thinking of new ways to bring in more revenue.

And they've set their sights on liquor stores. The city is nearly 98% built out, making it difficult to bring in new revenue streams.

A group of Bedford residents announced Wednesday they want to change laws to allow liquor stores within city limits. The group is collecting signatures to get the issue on the May 2020 ballot.

Bedford only allows store sales for beer and wine, so residents have to go to nearby Euless or Colleyville if they want to purchase liquor. Proponents of this petition say the City of Bedford is losing out on money every time their residents make one of those trips.

Caruso doesn't drink alcohol, but the 30-year resident of Bedford is concerned about the future of his city.

This is the second time Caruso's group is trying to change the law. The first grassroots effort didn't get enough signatures to put the issue on the ballot.

Now the group has hired a company to help the effort. Caruso says two well-known package liquor stores are already poised to move in if it happens.

Goody Goody confirmed the company would open in Bedford if the law changed. Caruso's group said Mirage Wine & Spirits has expressed interest, but WFAA was not able to independently confirm that.

Mayor Michael Boyter supports the effort but acknowledges that some residents may have concerns.

They're concerns Mary Anna Callaway heard the last time they campaigned, in 2017.

"Oh, we’re gonna have drunks lying all over the street," she said of one person's concern. "Well, I don’t believe that'll be the case, but I respect your opinion."

Caruso said they called neighboring communities who have liquor stores to check.

"We called the police to make sure," he said. "No uptick at all in crime."

The group estimates liquor stores could bring in hundreds of thousands of dollars in tax revenue for Bedford.

But first they need 7,000 signatures.

The group has 60 days to collect signatures. They say petition officials in purple shirts will be going door-to-door.