The video shows teens say the word loudly several times as they ride inside a car with hip hop music playing in the background. 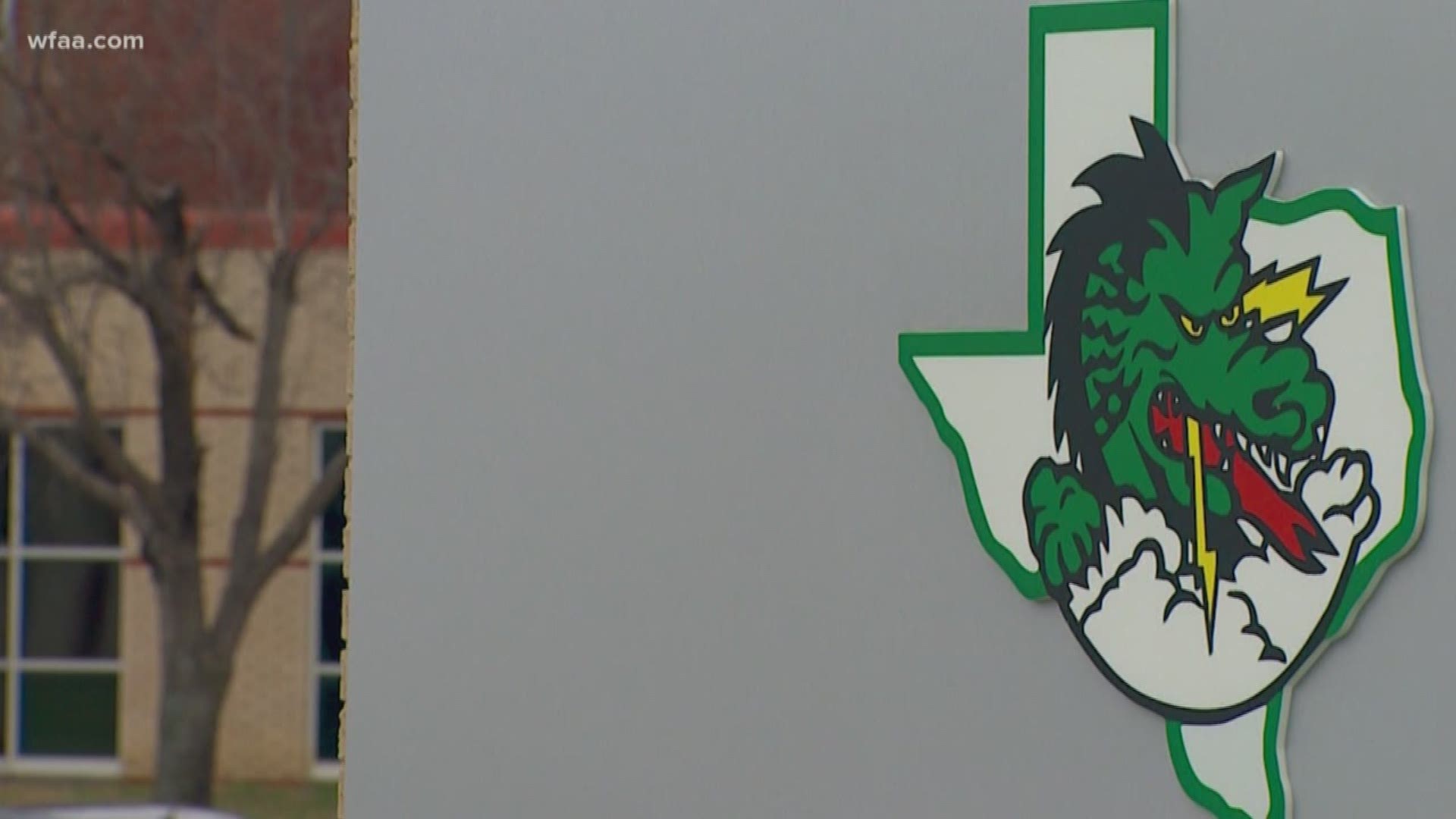 The video, which was uploaded to Snapchat, shows teens say the word loudly several times as they ride inside a car with hip hop music playing in the background. The Carroll Independent School District confirmed two students were in the video and that discipline will follow.

"Although an apology was posted by the student seen most prominently in the video, it does not undo the harm and hurt felt when racial slurs are used," read a statement posted on CISD's Facebook page. "This type of speech will always be unacceptable and quite frankly, makes us angry and sad."

"We are acting swiftly and consistently; behavior that involves derogatory speech that targets individuals or groups of individuals for their ethnicity, race, religion, sexual orientation or disabilities will not be tolerated in Carroll ISD," the statement continued.

In late October, another video was posted to social media that showed a group of teen girls from Southlake saying the N-word. Several community meetings have taken since then to discuss the incident and to allow residents to share their own stories of discrimination as well as possible ways to confront it.

Carroll ISD said the female students were disciplined but didn't detail what that involved.

Mayor Laura Hill also spoke out against the incident. She's lead the charge the past few months to hold those community meetings.

“To have this happen again and so quickly is in itself disturbing,” Hill said. “But the whole tone of it again is — you literally want to hit your head against the wall.”

After the first video, the district implemented a new diversity training plan and a diversity council made up of members of the community and students to tackle racial insensitivity.

That council has only met one time so far, but a member of it told WFAA on Wednesday night that it's disheartening to have a second video like this surface as the district makes some progress.

For Hill, her message is simple...parents need to “wake the heck up.”

“I really feel it’s important for someone to stop and say parents, we have to stop," Hill said. "We’re doing something wrong."

“The ignorance and the immaturity to put that on social media,” he said. “I just look at my fellow students – you should be better than this. That’s just all I feel.”

The district said one of the students did issue an apology on Twitter, saying she was being ignorant, selfish and immature.

"Thank you for the transparency," Evan Scott said. "I'm eager for the Diversity Councils to be underway so we can discuss these incidents and brainstorm how to address any root causes."

Several African-American parents spoke with WFAA off-camera Wednesday night, saying that the video was inappropriate and that they need to take some time to digest it because things are so raw right now.

Robin Cornish, however, did not hold back.

Cornish spoke with WFAA in November about the racism she's encountered in Southlake since moving there in the '90s, adding that it's a 'dirty little secret'.

Frank played at UCLA with Troy Aikman and was picked in the 6th round of the 1990 NFL draft by the San Diego Chargers.

After a brief time in San Diego, Cornish was signed by the Cowboys to play center and guard. He was part of the team’s Super Bowl victories in both 1993 and 1994.

Cornish went on to play with the Vikings, Jaguars, and the Eagles after finishing his last season with Dallas. But he and his wife Robin kept their home in Southlake during all of that time.

It’s where Cornish suddenly died of heart disease in 2008 at the age of 40.

After Cornish hung up his cleats in the NFL, he came back to serve as Chairperson of Southlake Parks and Recreation. He was also a member of the zoning commission. After he died, a small park that he helped design in the town square was dedicated to him.

In 2017, it was defaced with hateful messages. “It said ‘KKK will get you, black people,’” Cornish said. “I was appalled. He put so much into this community—I couldn’t believe that someone would disrespect him like this.”

Cornish told WFAA in November that she wasn't surprised, however, saying all 5 of her kids experienced some sort of discrimination when they went through Carroll ISD.

She said her son once came home to tell her about a humiliating taunt a classmate made. “He said that a kid told him a joke,” Cornish said. “How do you get a 'black' out of a tree? You cut the rope.”

Cornish said the bullying didn’t stop there. “When Rosa Parks died, my 4 older kids came home and told me that some kids told them they had to sit at the back of the bus now,” Cornish added.

On Wednesday, Cornish told WFAA that she received a lot of backlash after speaking up last year and that Southlake's 'dirty little secret' will only end when parents step up.

"People were saying that I was bringing a negative light, and that this was an opportunity to whine and complain," Cornish said.

"For those of you who said I was making it up, the secret is out now...it's out there loud and proud."

She finished by telling WFAA that tougher conversations are needed in Southlake.