Arlington says it's first in U.S. to endorse driverless transportation 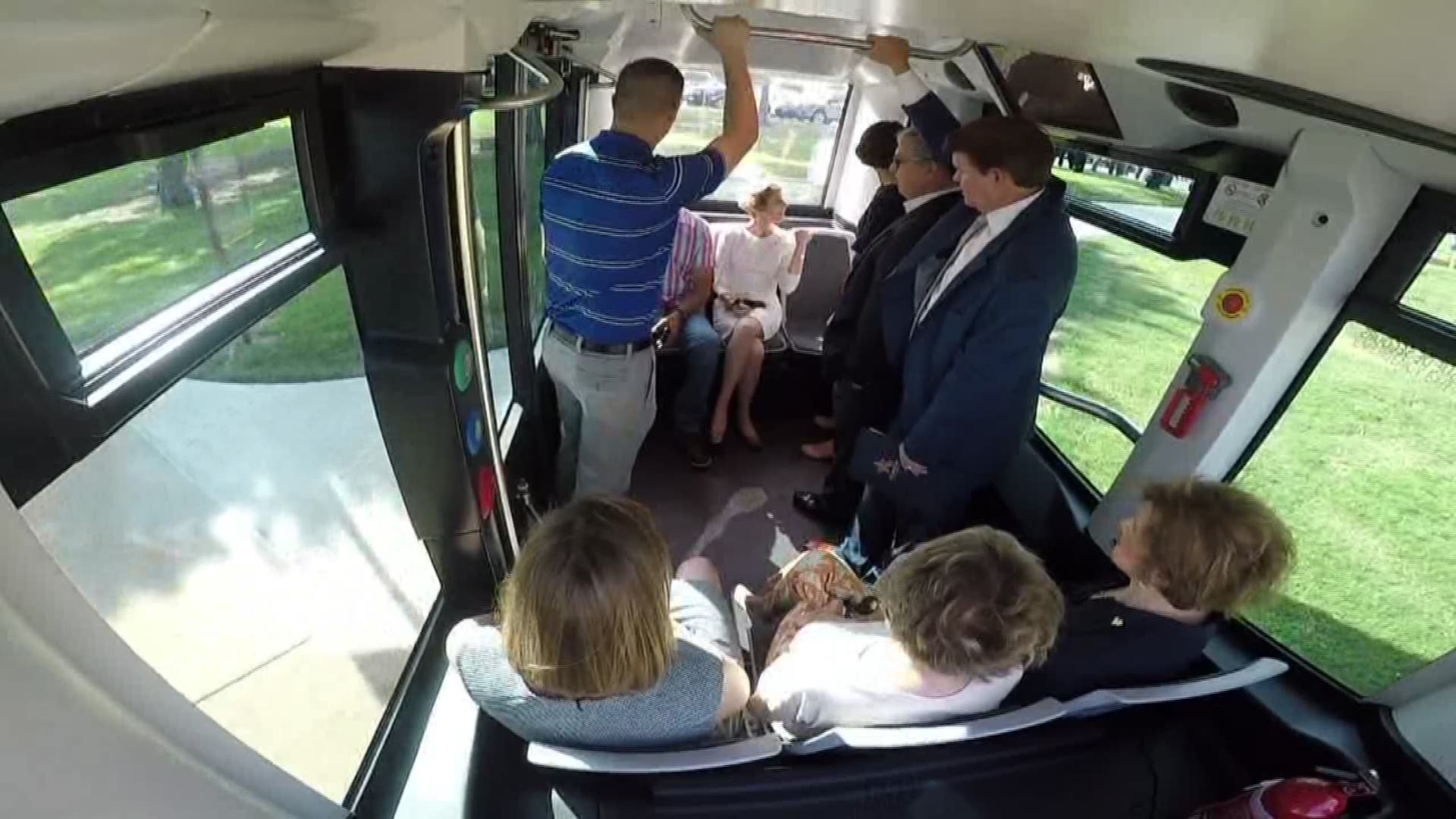 The city of Arlington claims to be the first in the country to officially endorse driverless transportation.

Friday morning, an autonomous shuttle was unveiled that will soon transport passengers to and from major events in the entertainment district.

The driverless shuttle is named "Milo" and hits a cruising speed of about 15 mph. The vehicle's route is pre-programed and the shuttle is equipped with a variety of sensors that will prevent it from hitting any unexpected obstacles in its path.

"It's very good at sensing its environment and knowing where it's in space so that it doesn't deviate from its course," said Lyndsay Mitchell, with the city of Arlington.

The technology goes live August 26, when the Dallas Cowboys host the Oakland Raiders. Two shuttles will transport fans for free to and from the parking lot. It's all part of a year-long pilot.

The French company Easymile is behind the driverless shuttle. They claim to have logged 100,00- incident free miles and have similar vehicles traversing themselves around the world.

"It will go down in history as the first time that a government, a municipal government, has really offered this as a service to the general public" said John Dugan, with the city's planning department.

"It's been tested other places, on private property and such but this is the best access to the biggest number of people" Dugan said.