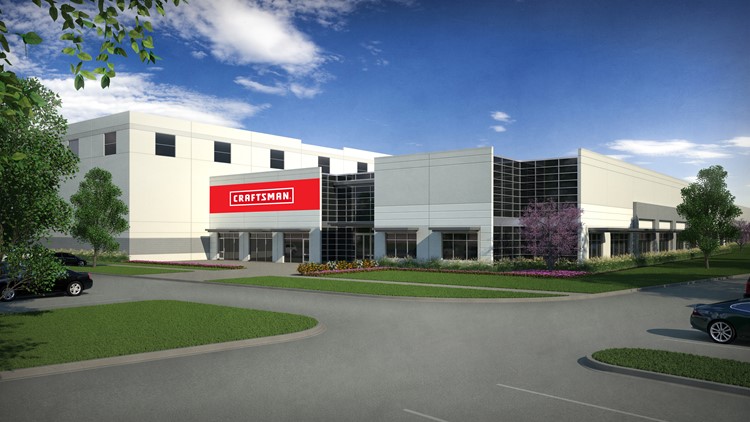 FORT WORTH, Texas — The fast-growing Alliance area in north Fort Worth is about to get another boost, in the form of hundreds of jobs and a massive new manufacturing facility.

Stanley Black & Decker announced Wednesday it would open a new CRAFTSMAN plant in AllianceTexas in late 2020. With groundbreaking this summer, the plant will eventually employ about 500 full-time employees. It will be a 425,000-square-foot facility, according to a press release, and will manufacture “a range of CRAFTSMAN mechanics’ tools.”

According to our partners at the Fort Worth Star-Telegram, the company considered building the plant in Ohio, but tax abatements offered by Fort Worth leaders helped secure the deal. It’ll be built near Eagle Parkway and North Beach Street, off I-35W.

It went on to say:

“The addition of Stanley Black & Decker’s manufacturing operations at AllianceTexas reinforces the importance of retaining and creating new job opportunities in the United States,” said Ross Perot Jr., chairman of The Perot Group and Hillwood, developer of AllianceTexas. “Stanley Black & Decker is the world’s largest supplier of tools and storage products and its commitment to bringing jobs stateside will help set a precedent for other manufacturing companies. The state-of-the-art manufacturing facility at AllianceTexas will help generate hundreds of jobs in Fort Worth and North Texas, which will have a lasting impact on the region.”