5 Fort Worth police officers fired over in-custody death; 2 others suspended

A man was put in the back of a patrol car by the officers "but no medical aid was summoned" and he was later found unresponsive. 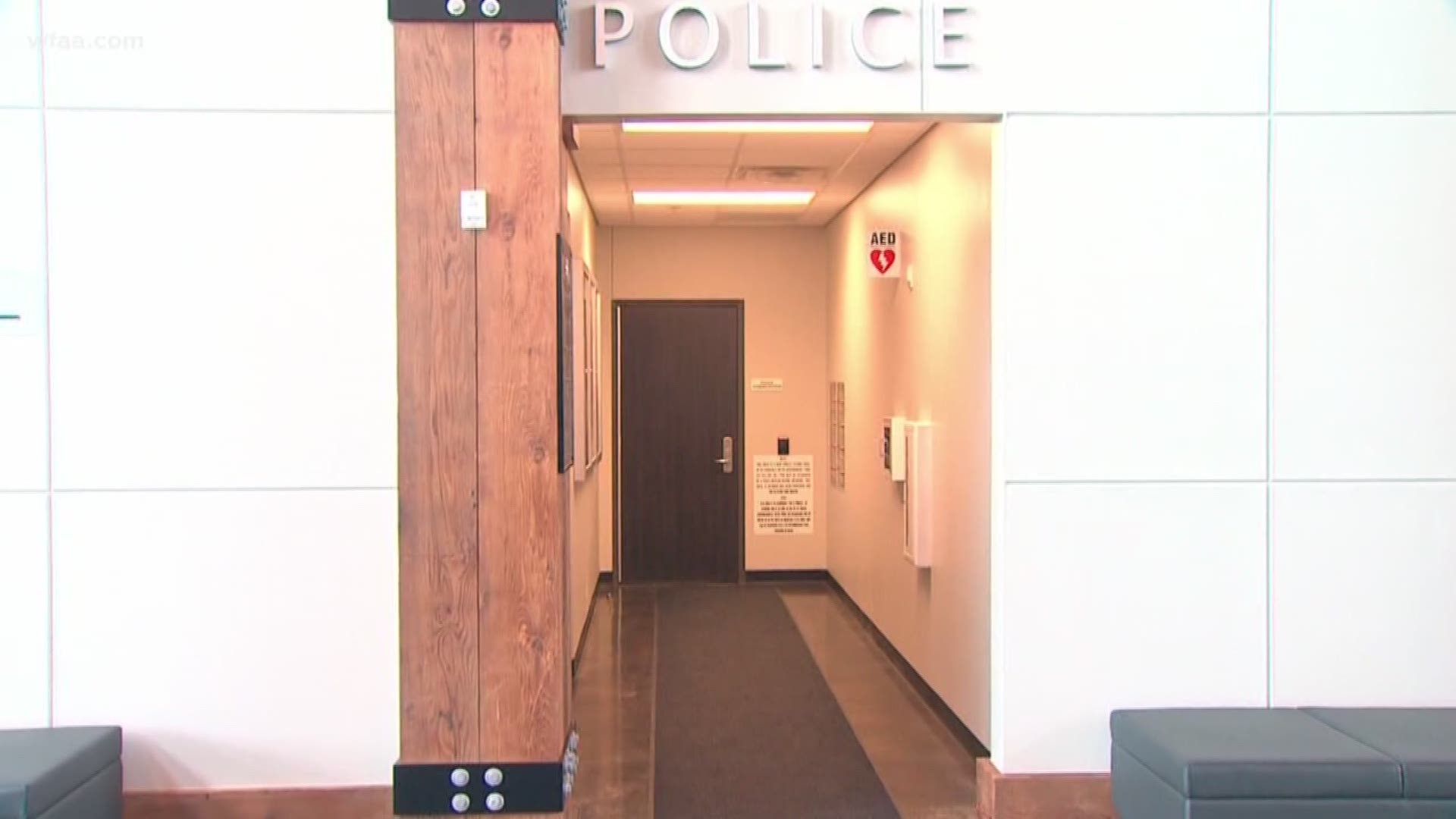 FORT WORTH, Texas — The Fort Worth Police Department fired five officers and suspended two others over a man's in-custody death last summer, the department announced on Tuesday.

The suspended officers were officer S. Smith and officer A. Scharf. Smith was suspended 90 days, while Scharf was suspended five days. In accepting the 90-day suspension, Smith forfeited his right to appeal the punishment.

The incident happened the night of July 26, 2018, when officers responded to a prowler call in the 3300 block of Griggs Avenue. A 911 caller reported that a man was trying to break into a home.

Officers arrived and took 55-year-old Christopher Lowe into custody. After officers put Lowe in handcuffs, he complained of medical issues, according to police.

Officers put him in the back of the patrol vehicle, "but no medical aid was summoned," the department said.

After finishing their investigation, the officers found the man unresponsive in the back of the patrol vehicle. He was taken to John Peter Smith Hospital in Fort Worth, where he died.

The police department's internal investigation found "multiple violations of departmental policy, including failure to protect the rights of persons in police custody."

"Anytime there is a loss of life during any police contact we ensure that a thorough and fair investigation is conducted," the department announced in a news release. "The sanctity of life is the most important principle to the Fort Worth Police Department at all times."

Pastors Kyev Tatum and Kenneth Jones, Jr. are members of the Fort Worth Police Chief’s Policy Advisory Committee. They regularly meet with the department’s top brass to review procedures.

Tatum said Tuesday’s disciplinary action “serves as an example of how other cities can get it right.”

Tatum and Jones said the department was transparent with them about the ongoing investigation. “We were in there and we were saying that policy and procedures were not followed to the letter,” Jones said.

“All police departments make mistakes,” said Jones. “What we want you to do is own up to those mistakes, be transparent about the mistakes and do the right thing.”

He added, “I think we’ve always been quick to be negative concerning our police department’s lack of transparency when they have not done it right. And I think in the Christopher Lowe case, the chief has done it right.”

Tatum said the message sent by the disciplinary decision is clear.

“If this is the age of all lives matter, then Mr. Lowe’s life should have mattered to those officers,” he said. “And what we want officers to know, not just in Fort Worth or Tarrant County, is that you’ve been given the power of life and death in your position. Don’t be cavalier in how you exercise your right.”

The department declined to offer any additional information about the officers, citing a pending grand jury review.

“We’re not in any way, shape or form being jubilant over officers getting fired,” Tatum said. “We know there’s a criminal justice process that has to be dealt with and it’s our belief that the district attorney has a legal and moral obligation to send these cases before the grand jury.  And we believe there’s enough evidence that these gentlemen should be indicted and should have to face a jury of their peers, and that’s not something to revel in.”

The terminated officers can and likely will appeal.

The FW Police Officers Association didn’t comment immediately on the fired officers however, they tweeted the following statement Wednesday morning.