State Fair vendor praises decision to cancel for public health, but says it's a big hit for budgets

Several businesses make the bulk of their yearly revenue at the State Fair of Texas. The North Texas economy also stands to lose hundreds of millions of dollars. 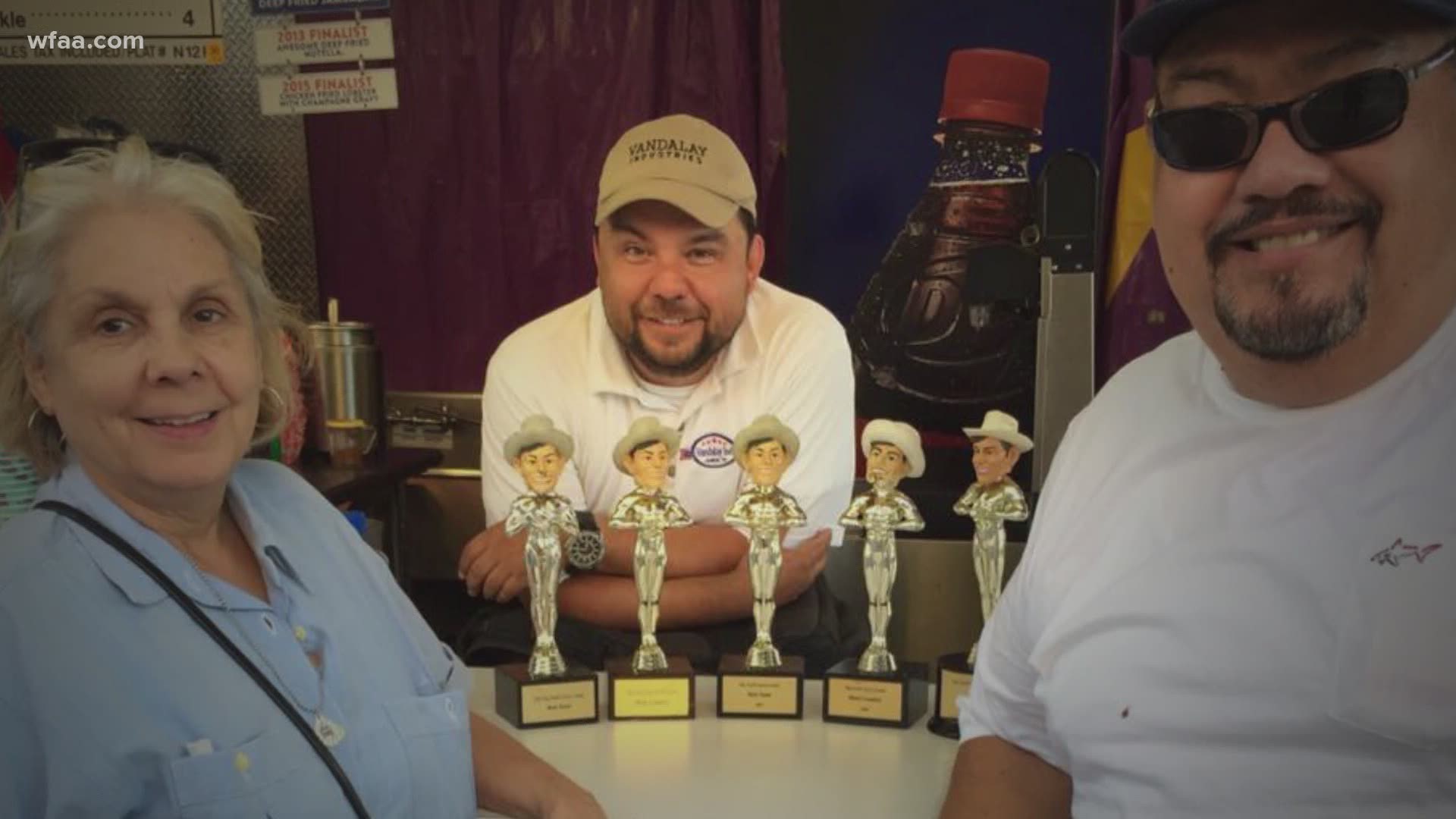 DALLAS — Plenty of people know Abel Gonzales. And if they don't know his name, they know his nicknames. Fry King. Fry Jesus. If that still doesn't ring a bell, don't worry, you definitely know his food.

But whatever his latest fried invention is, this year will have to wait. The 2020 State Fair of Texas is canceled.

"The big crowds, the lines, and just the people walking around close to each other," said Gonzales. "I think all of us felt like it was coming."

"About 80 percent of my income comes from the State Fair," he said. "At least!"

A loss that big is a nightmare to the budget for both vendors and the region at large.

RELATED: 'As a family, we are in a little bit of grieving': Vendors react to the cancellation of the State Fair of Texas

"We know that health is a primary concern but it still doesn't detract from the fact that we're going to be missing something very important for Texas," said Craig Davis, president and CEO of VisitDALLAS.

How much will we miss? The State Fair estimates a $400 million loss for the North Texas economy.

"Until we can see the light at the end of the tunnel, this will become commonplace, unfortunately," Davis said.

There's not a lot of good news here but vendors like Gonzales want to make it work.

In the meantime, State Fair of Texas institution Fletcher's is holding pop-up events throughout the month of July, so people can still get their corny dog fix.

RELATED: Phoning It In: Learn about the family behind Fletcher's Corny Dogs

Gonzales hopes that next year he's back on the midway with another award-worthy fried fantasy, which will be a...

"No, of course not I'm not going to share that," said Gonzales. "That's something to look forward to in 2021!"

Well, it was worth a shot.