Should bike-share companies by charged by the city? Dallas will consider it

Last year an estimated 18,000 to 20,000 bikes were scattered throughout the city. But next week the transportation department will recommend those companies not get to do this for free anymore. 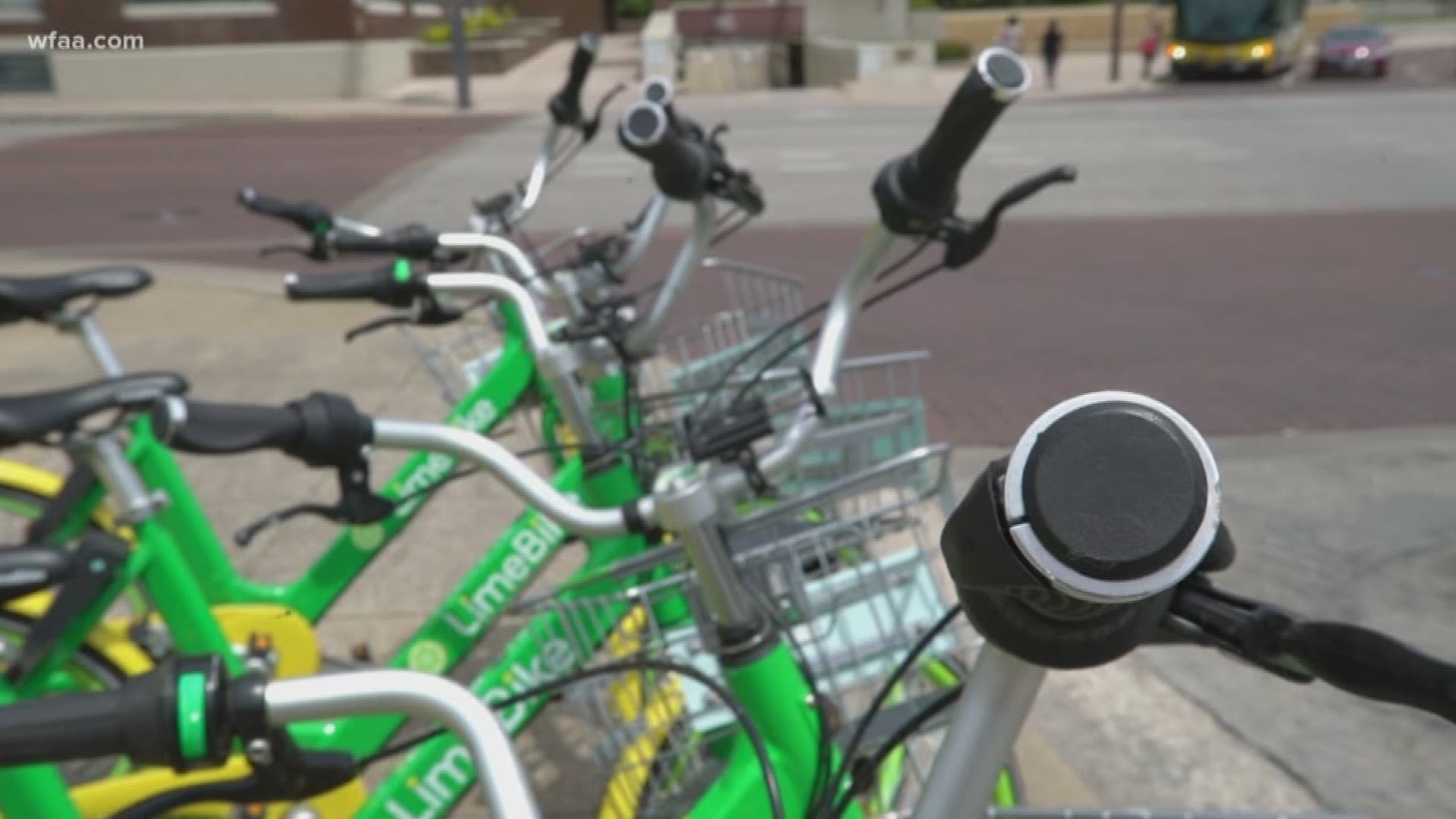 If on downtown Dallas street corners you think there might be less rental bikes than there used to be, you may be right.

"There seems to a whole lot less and they seem to more closely matching demand," said Jared White with the City of Dallas Department of Transportation.

And regulations soon to be recommended to the Dallas City Council might make that a permanent trend.

Until now, five different bike share companies have flooded the city, fighting to get market share and determine what demand might be. Last year an estimated 18,000 to 20,000 bikes were scattered throughout the city. But next week the transportation department will recommend to the city council that those companies not get to do this for free anymore.

"While it may have been a little difficult over the last few months," White said. "I think it's given us a lot of information."

Enough information to recommend that each company pay an annual permitting fee. That number is still being determined but in other cities it's been in the hundreds of dollars. And city staff will also recommend that the city council agree to charge each company a per-bike fee: as much as $15 to $20 for each bike they want to place in the city every year.

"That might help with the number of bikes that are out because you'll need to be a little more cognizant of, because if you're paying for a bike and it's not being used it's costing you money," said White. "Ultimately we hope that it will just bring a little bit more order to how the companies operate. "

Even so, the overflow of bikes originally placed in Dallas continues to show up in cities as far away as Duncanville, Richardson, Carrolton, and Grand Prairie. And in Grand Prairie the city sent out a tweet, with a photo of a LimeBike, reminding everyone there is no bike agreement in Grand Prairie. City workers pick them up when they receive complaints from Grand Prairie residents. As of Tuesday afternoon ten bike-share bicycles were locked up in a city impound yard waiting for their respective companies to come pick them up. The companies usually do so within just a few days.

Companies like LimeBike and Ofo and VBikes do pay fees in other cities. And today in response to the proposed regulations, LimeBike spokesperson Mary Caroline Pruitt said in a written statement:

"We have, and will, continue to work collaboratively with the city of Dallas on a bike-share ordinance that is mutually beneficial for both the city and its residents. We look forward to serving Dallas with an affordable, innovative transportation option, as we have done for more than one hundred thousand people since launching Dallas last year."

Meanwhile the bikes appear to be here to stay. But with regulations, like many other cities have put in place, perhaps a few less bikes on a street corner near you.