Sherin Mathews' gravesite released: 'Moment in our arms, lifetime in our hearts'

Sources close to the family tell WFAA that they wanted to wait until the headstone had arrived before releasing the location. 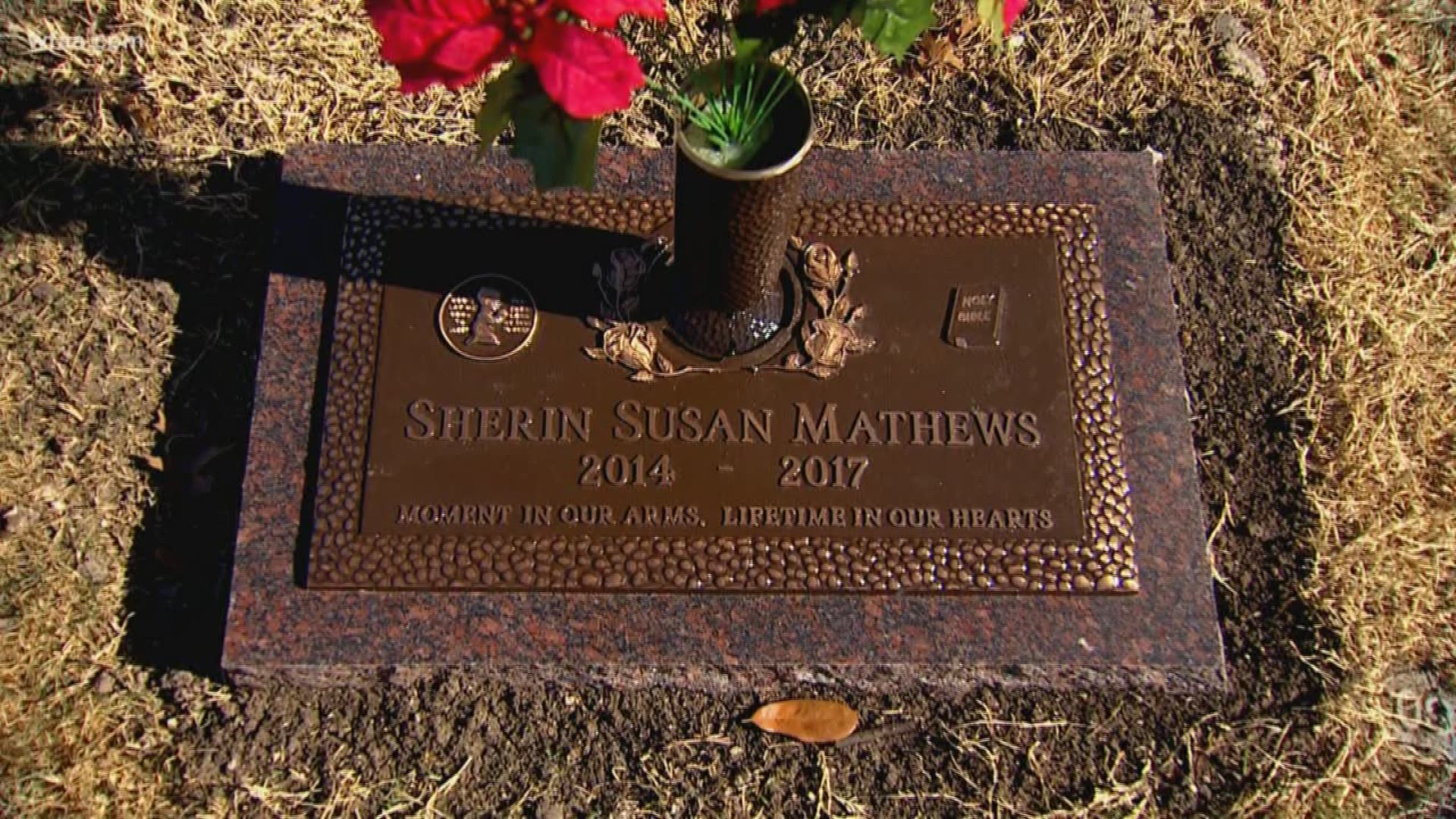 Seven weeks after Sherin Mathews' body was found, the location where she was laid to rest has been released.

Sources close to the family tell WFAA that they wanted to wait until the headstone had arrived before releasing the location.

"She's in a better place than we all are," a woman who came to Sherin's prayer vigil several weeks back said. She has asked us to not reveal her identity.

"None of us even met her but the pictures and her smile has been haunting everyone," she said.

The family tells WFAA they are now comfortable sharing that her headstone is located in the southwest portion of the cemetery at the Turrentine-Jackson-Morrow Funeral Home. The family is very aware that many people wanted to pay their respects and asks that if people wish to come by the site to do it respectfully.

Several weeks back a private ceremony was held for Sherin Mathews. There were about 30 to 40 people there and it was led by the elders of the church. The soil around the headstone is still fresh and that headstone reads her full name "Sherin Susan Mathews."

The headstone also reads "Moment In Our Arms, Lifetime In Our Hearts." A source close to the family says those words were chosen by Wesley, Sherin Mathews' adoptive father. Wesley faces a charge of injury to a child and his wife Sini faces a charge of child endangerment.

"Regardless if you have kids or no kids...if you have a heart, that heart aches," she said.

The site will likely be visited by many. Those who knew her and those, who after all this, feel like they know her.