Sheriff: Wedding photographer had sex with guest, urinated on tree

The photographer at a wedding near Weatherford last weekend was allegedly seen having sex with a guest, urinated on a tree and made violent threats toward officers who arrested her. 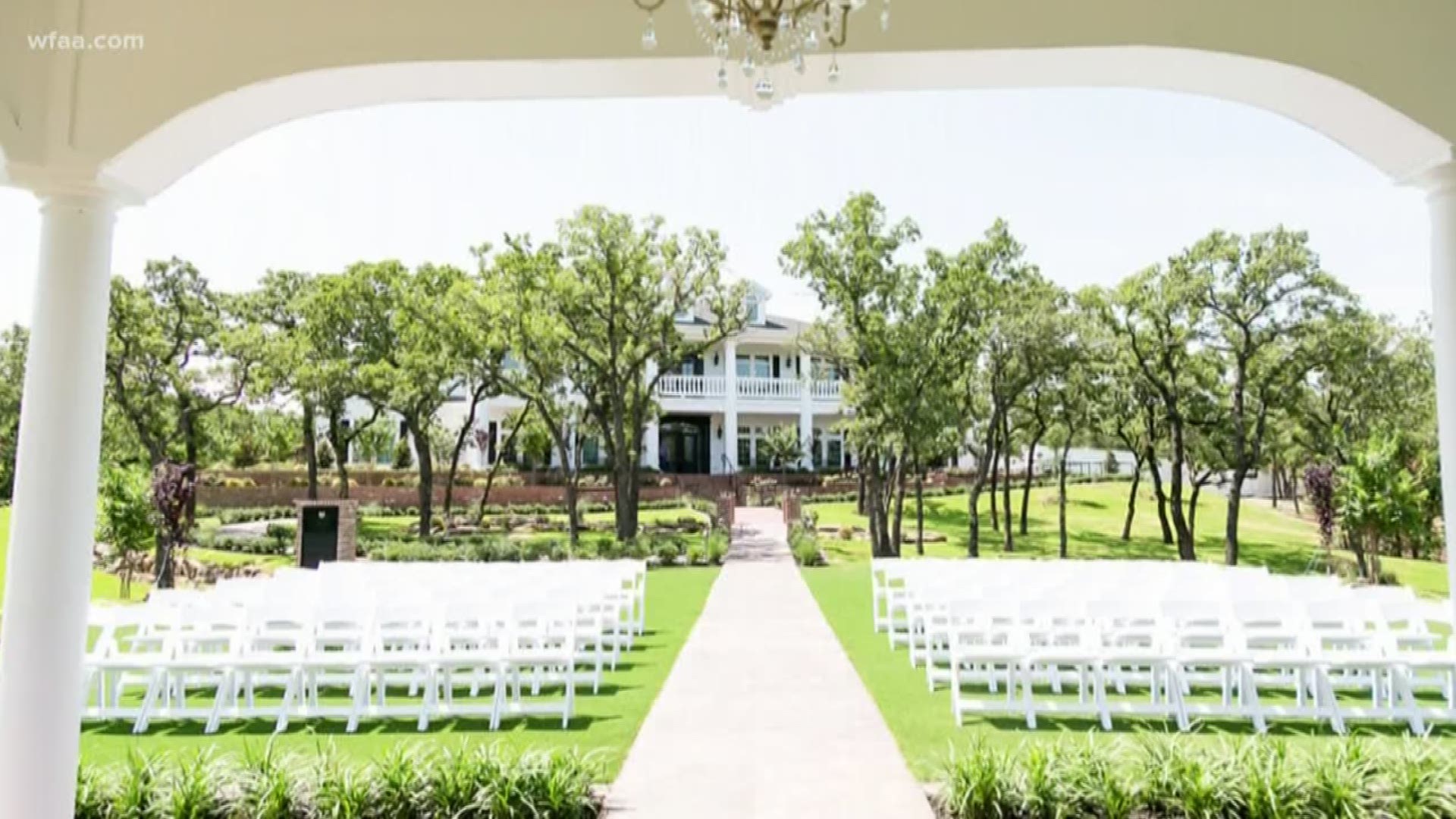 A wedding is supposed to be a real-life fairy tale, but this is a very different kind of story.

It happened Saturday at Parker Manor, a wedding venue operated by The Springs Events located near Weatherford. Photographer Katie Mehta, 26, was documenting a wedding, but according to the Parker County Sheriff, the bride and groom got more than they bargained for.

An arrest report spells out the details. An off-duty sheriff's deputy was working security at the wedding. According to the report, "he was advised by the wedding party that a female subject [Mehta] had been found having sexual intercourse with a male there."

The report says Mehta was told her behavior was inappropriate, and she left a building and began to yell outside near a water fountain. Officers advised her to leave the property, but she then "went to a tree nearby and began to urinate," the document says.

According to the report, deputies noticed "a strong odor of alcohol" on Mehta and eventually found a bottle of prescription alprazolam in her jacket, which they believe Mehta was mixing.

Mehta was arrested and taken to jail, and report says that while en route she made several violent and vulgar threats toward officers.

"Y'alls daughters are dead," Mehta said, according to the report. "Y'all families will be dead by Christmas."

Mehta is a photographer and also a swimsuit model who uses the professional name Max McIntyre. She regularly posts modeling videos to YouTube and Instagram pages.

Mehta didn't respond to messages or calls to her photography business, Max McIntyre Photography, so WFAA attempted to reach her at home in Arlington. Mehta did not answer, but family members there said she had told them a very different story.

According to a woman who said she was Mehta's sister, Mehta said she had been given spiked drinks unknowingly and fell ill while working at the wedding.

"She said she went outside, and she said these two men tried to approach her and do inappropriate things," the woman said. "And she said she was yelling and trying to get help, and things got turned around in a negative way."

It will be up to a judge to sort out the truth. The model and photographer now faces serious charges, including public intoxication and a felony charge of obstruction or retaliation, according to jail records.

Reached by phone, The Springs Event Venue declined to comment.