September 11 remembrance ceremonies across Dallas-Fort Worth 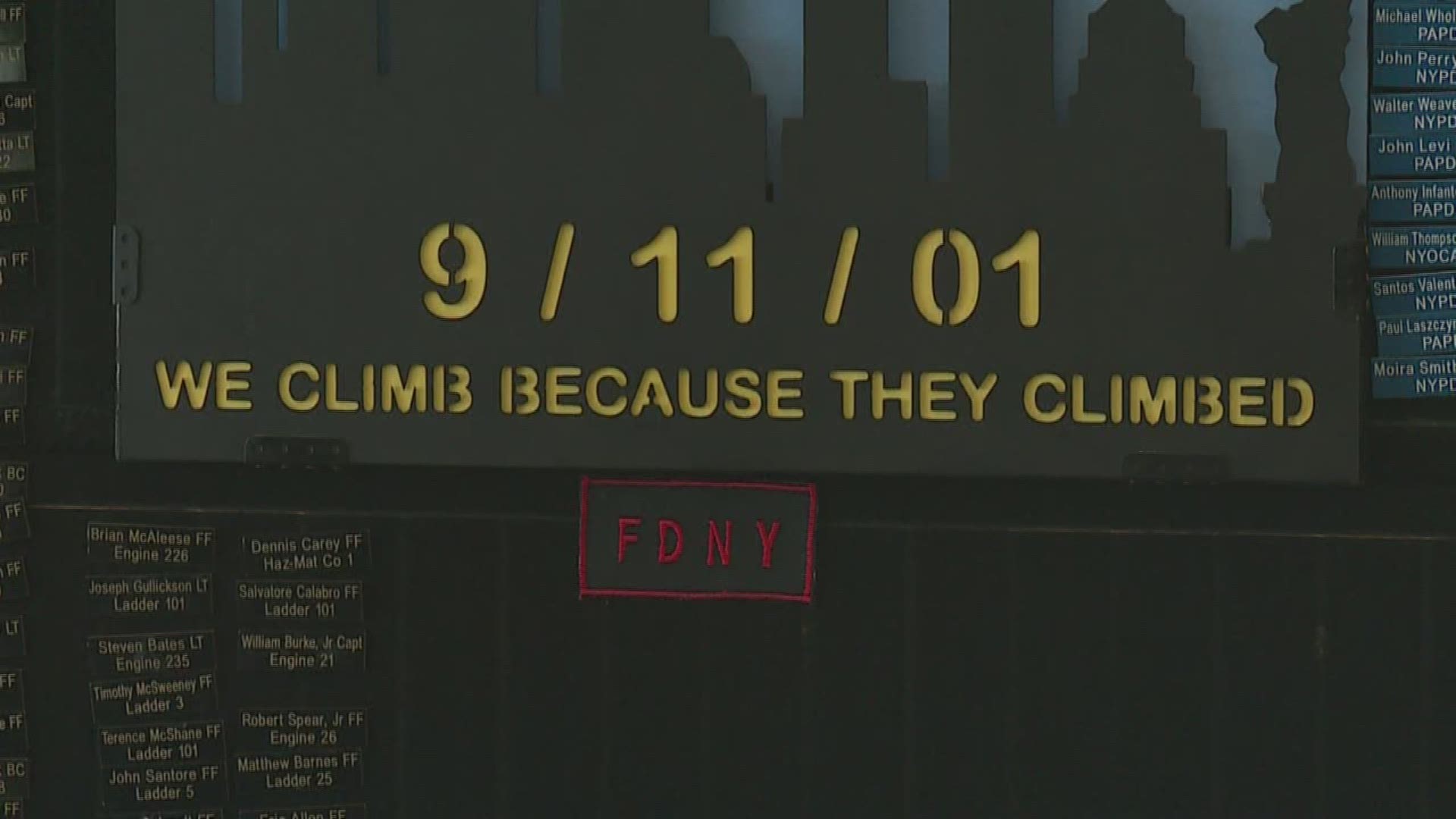 A round-up of some of the September 11 remembrance events scheduled to take place across the Dallas-Fort Worth area.

A Day of Remembrance Ceremony will be hosted by the City of Grapevine Fire Department on Wednesday, September 11 at 7:40 a.m. at 1000 Texan Trail.

Schedule of events is as follows:

7:46 a.m. – Flag will be lowered to half-staff, followed by a moment of silence in remembrance of the first plane hitting the North Tower. — Honor Guard member lowers flag

8:03 a.m. - Moment of silence in remembrance of the second plane hitting the South Tower

8:09 a.m. – Prayer of remembrance and for those left behind (GFD Chaplain Steve Bass).

The City of Mesquite is holding a 9/11 Memorial at Mesquite Freedom Park at 1527 N. Galloway Ave. The event will begin at 8:30 a.m. Wednesday, Sept. 11. The program will include various speakers, presentations by Mesquite Fire and Police departments, and musical performances by the Mesquite High School Show Choir.

The city's park features a 15-foot, 575-pound steel beam recovered from one of the Twin Towers through the World Trade Center Artifact Program. In 2011, it became on the third local city to participate in the program.

WHAT: Linda will share her story of survival. She was working in the World Trade Center, and instead of evacuating with her coworkers through a main stairwell, survived because she chose an alternate stairwell after searching for someone who wasn't with the group.

She'll share her story -- one she wasn't able to talk about immediately following the attacks.

WHAT: Volunteers will help beautify the grounds of the Dallas Fort Worth National Cemetery and clean headstones.

The Dallas Fort Worth National Cemetery and Carry The Load, a proud partner of the VA's National Cemetery Administration, invite all community members to help beautify cemetery grounds and clean the headstones of servicemen and women.

Founded by two former Navy sailors, Carry The Load is a non-profit organization that works to connect citizens to the sacrifices made by military, veterans, first responders, and their families.

More than 60,000 veterans and family members are buried at the Dallas Fort Worth National Cemetery (DFWNC), which opened in May 2000.

Burial in a VA national cemetery is open to all members of the armed forces and veterans who have met minimum active duty service requirements, as applicable by law and were discharged under conditions other than dishonorable.

The Prosper Fire Department owns the only mobile 9/11 memorial trailer in the DFW area. The trailer has been around since 2012 and contains a 7,000-pound piece of the World Trade Center collected on 9/11, photos of fallen firefighters, an American flag, and two televisions that play deeply moving video honoring the victims.

It will be on display in Prosper Town Hall on 9/11 and featured in a one hour ceremony that begins Wednesday at 7:30 a.m.

A special event honoring 9/11 will take place at Texas Live! at noon. The ceremony pay tribute to the fire, police, emergency medical personnel and to the military who responded to the attacks of September 11, 2001.

This will be the city's first observance of Patriot Day under Public Law 107-89 of the 107th Congress.

Free to the Public / Free Parking