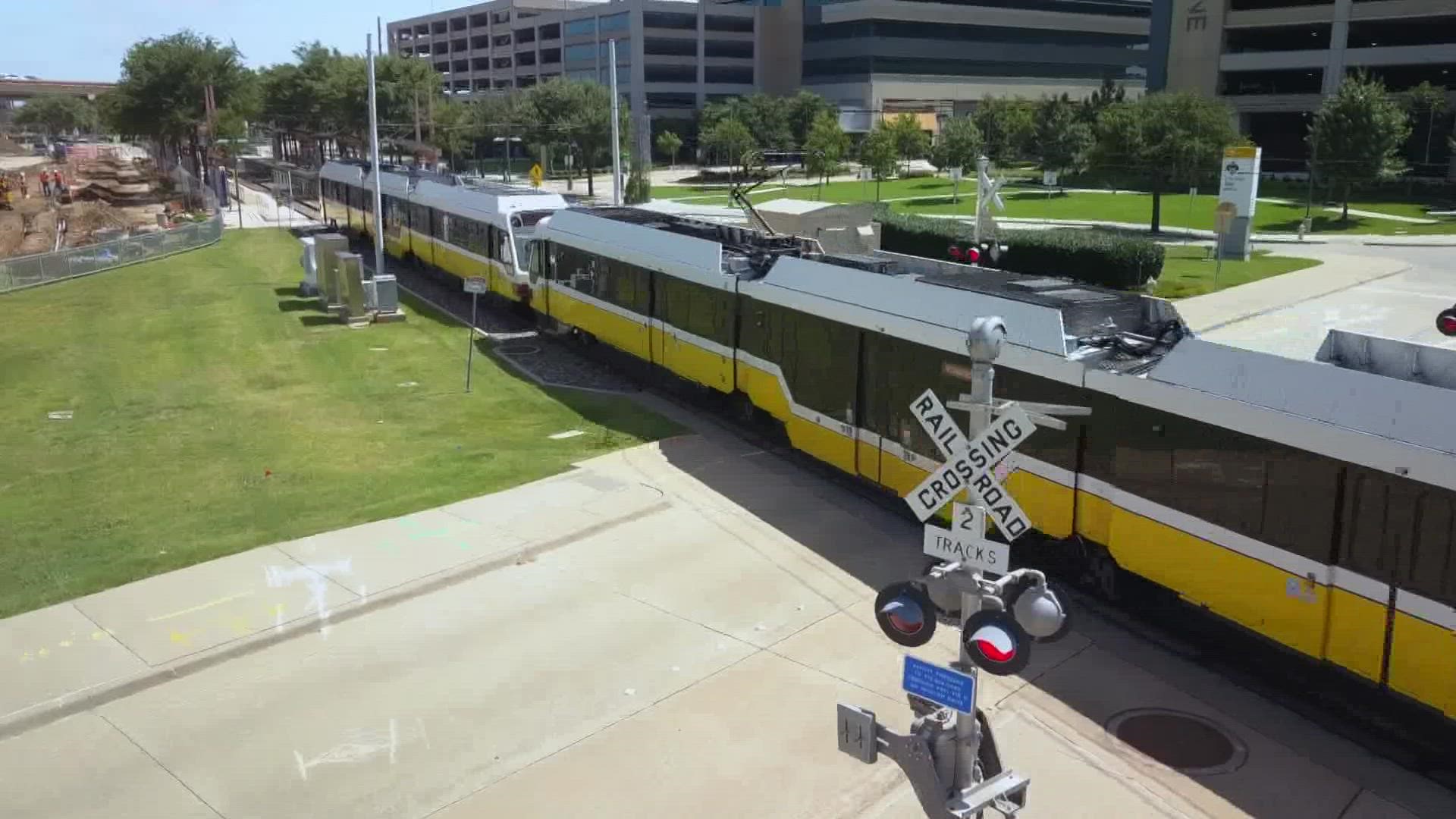 Secretary Buttigieg has campaigned publicly for months to help pass President Biden’s infrastructure bill and made the trip to Dallas to see firsthand how the trillion-dollar package could benefit North Texas.

“We want to make sure that national money comes to North Texas. So, I wanted to show the secretary the good things we’re doing here and the projects we need that funding for,” Allred said.

Already, $60 million dollars in federal funding is helping DART extend 28 train platforms on the red and blue lines. A longer platform means trains can have three cars instead of two and carry more commuters.

At Dallas Fort Worth International Airport, federal funds are also partly paying to rebuild Terminal C. DFW is the first airport in the country to use modular construction to rebuild a terminal. Building the new terminal in large pieces nearby and then piecing them in place will significantly reduce the construction time and travel interruptions. That project is expected to be completed in 2026.

Buttigieg saw examples of both projects during his brief visit and said if Congress passes the bipartisan infrastructure bill, more money will be coming to Texas.

The Senate passed the trillion-dollar infrastructure bill but House Speaker Nancy Pelosi, D-California, is slowing it down. Pelosi said she will not put it up for a vote in the House until the Senate also approves a larger $3.5 trillion spending package.

Buttigieg was asked whether the House might jeopardize the hard-fought bipartisan win in the Senate.

“We’re very confident this is on the right track and believe we’ll get both of these pieces of legislation through,” Buttigieg said.

Credit: Taylor Lumsden / WFAA
“We’re very confident this is on the right track and believe we’ll get both of these pieces of legislation through [the U.S. House of Representatives],” Secretary Buttigieg told WFAA when asked whether Speaker Pelosi's demands might jeopardize the bi-partisan legislation.

“I really believe that the cities that take advantage of this pot of money that’s going to be available are going to be the ones who are going to lead the next decade and decade after that. I think we can do that here in Dallas and North Texas,” Allred added.

Most expect it to eventually pass, allowing DFW Airport and DART to apply for millions more in new money.

It’s a tangible investment in infrastructure and one of the things that Democrats and Republicans in Washington can agree on.