There was an all-out bidding war for the statue Wednesday morning. 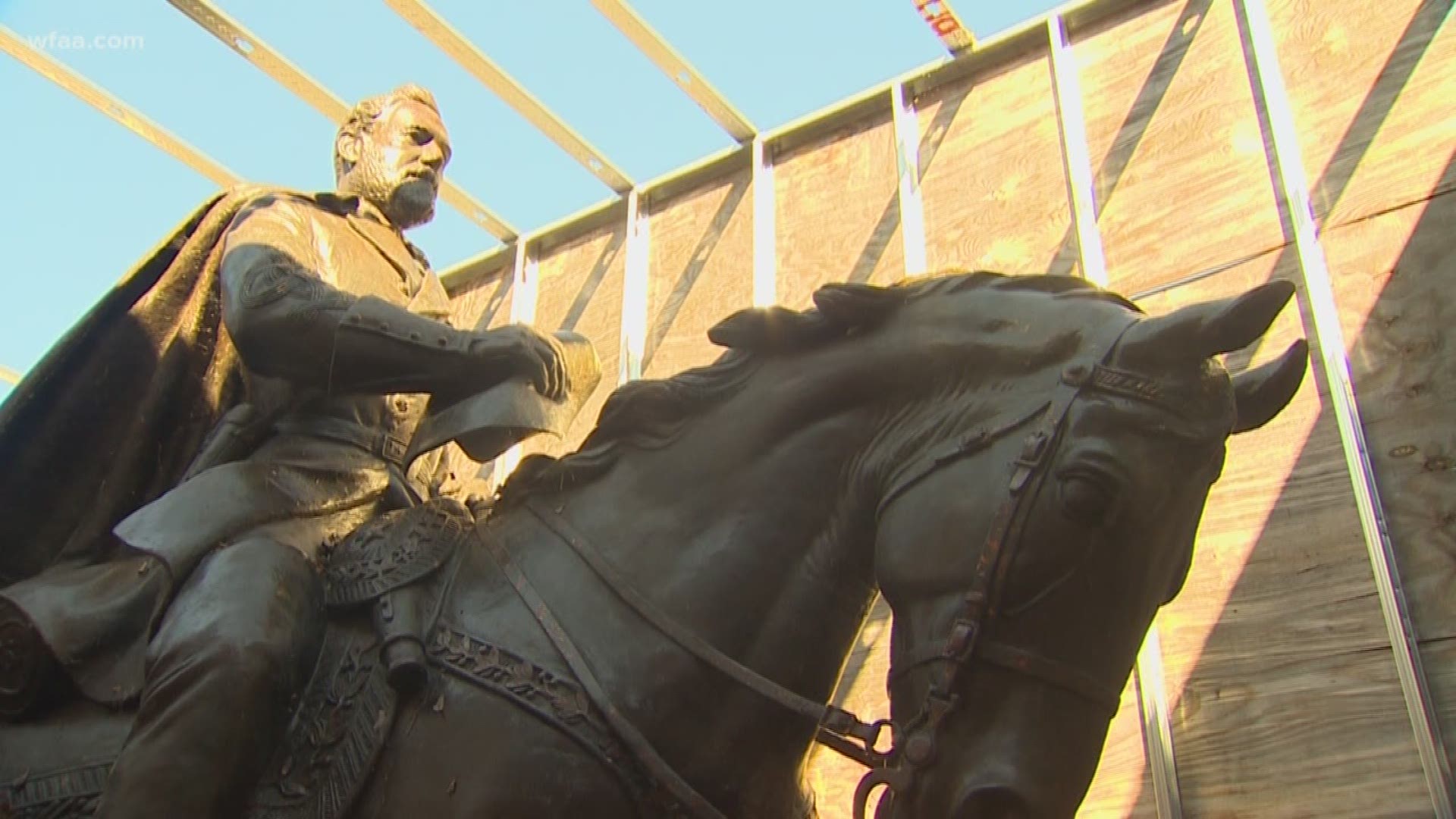 DALLAS — The Robert E. Lee statue that was removed from Dallas' Turtle Creek neighborhood in September 2017 will now be surrendered to an online bidder who bid $1.4 million for the bronze statue.

Well, technically $1,435,000, as shown on the Lone star Auctioneers website, which reveals a bidder who goes by LawDude snatched the statue up after they and three other bidders put up 84 bids since May 26.

After the statue went up for bidding on the site that day, it only had one starting bid, from MustangJerry, at $450,000. A starting deposit of $50,000 was required by the city just to bid.

Then on May 31, a bidding war between rewaz58 and MustangJerry started, driving the price up to $552,500 by the end of the day.

That was that until June 3, when LawDude entered the fray with a $555,000 bid shortly after 4 p.m. The user would go on to outbid MustangJerry, rewaz58 and another user named FTX09 for the final bidding price, culminating in a minute-by-minute bidding war with MustangJerry that finally ended at 11:45 a.m. Wednesday.

The money from the auction will be put into the general fund, according to the City of Dallas.

That's a lot of money to pay for a statue that can't even legally be displayed in public within the Dallas city limits, according to City Council.

The statue was taken down after an emergency city council vote approved its removal in the wake of the racist attacks in Charlottesville, Va.

The statue is currently stored at Hensley Field, a city-owned storage facility in far west Dallas. It's worth $950,000.