Attorneys say the reason for the restraining order is to stop anything that would alter or destroy evidence. 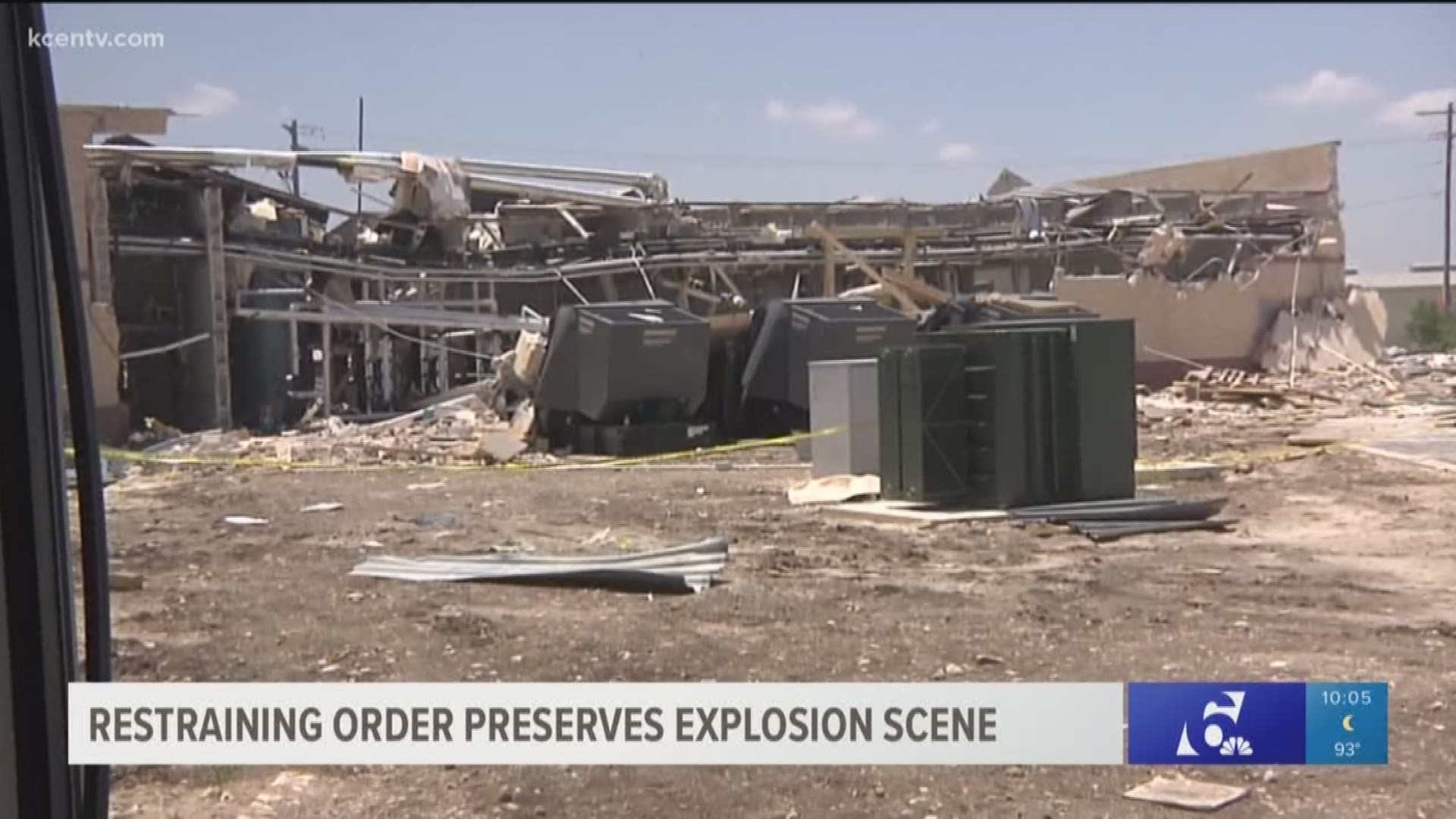 GATESVILLE — A McLennan County District Judge granted a temporary restraining order Tuesday that attorneys for one of the victims in the Coryell County Memorial Hospital explosion say is intended to stop anything that would alter or destroy evidence.

The motion was filed by attorneys Jim Dunnam and Rob Ammons on behalf of Wilber Dimas. Coryell County Memorial Hospital, Lochridge-Priest Inc., Adolfson & Peterson, a general contractor that subcontracted Lochridge-Priest to do electrical work, and Atmos Energy are the subjects of the restraining order.

It specifically prohibits those companies from "destroying, altering, repairing, removing from the jurisdiction, or otherwise failing to preserve the site of the explosion." The restraining order claims preservation of the explosion scene will be critical for anticipated litigation.

Dimas was among 14 people injured in the blast. Two other people, Michael Bruggman and Filiberto Morales, were killed. Dimas remains at Dell Seton Hospital in Austin with burns over 70 percent of his body, according to Dunham.

The restraining order is good for 14 days. It also requests "access to the explosion site for the purpose of inspecting, measuring, surveying, photographing and examining the evidence as appropriate in advance of bringing claims related to the catastrophe."

Dunnam said a hearing will be held in Waco's 414th District Court on July 16 to ask a judge to keep the restraining order in place indefinitely.

The State Fire Marshal's Office is the lead agency in the investigation. They said the initial investigation indicated the explosion was a construction related accident resulting in a natural gas explosion.

Bob Harrell, the Coryell County Emergency Management Coordinator, said the Fire Marshal's Office turned the property back over to the hospital Sunday and state investigators are no longer at the site.

Dunnam said while he and Ammons only represent Dimas, this restraining order could help any other victims who may bring claims.