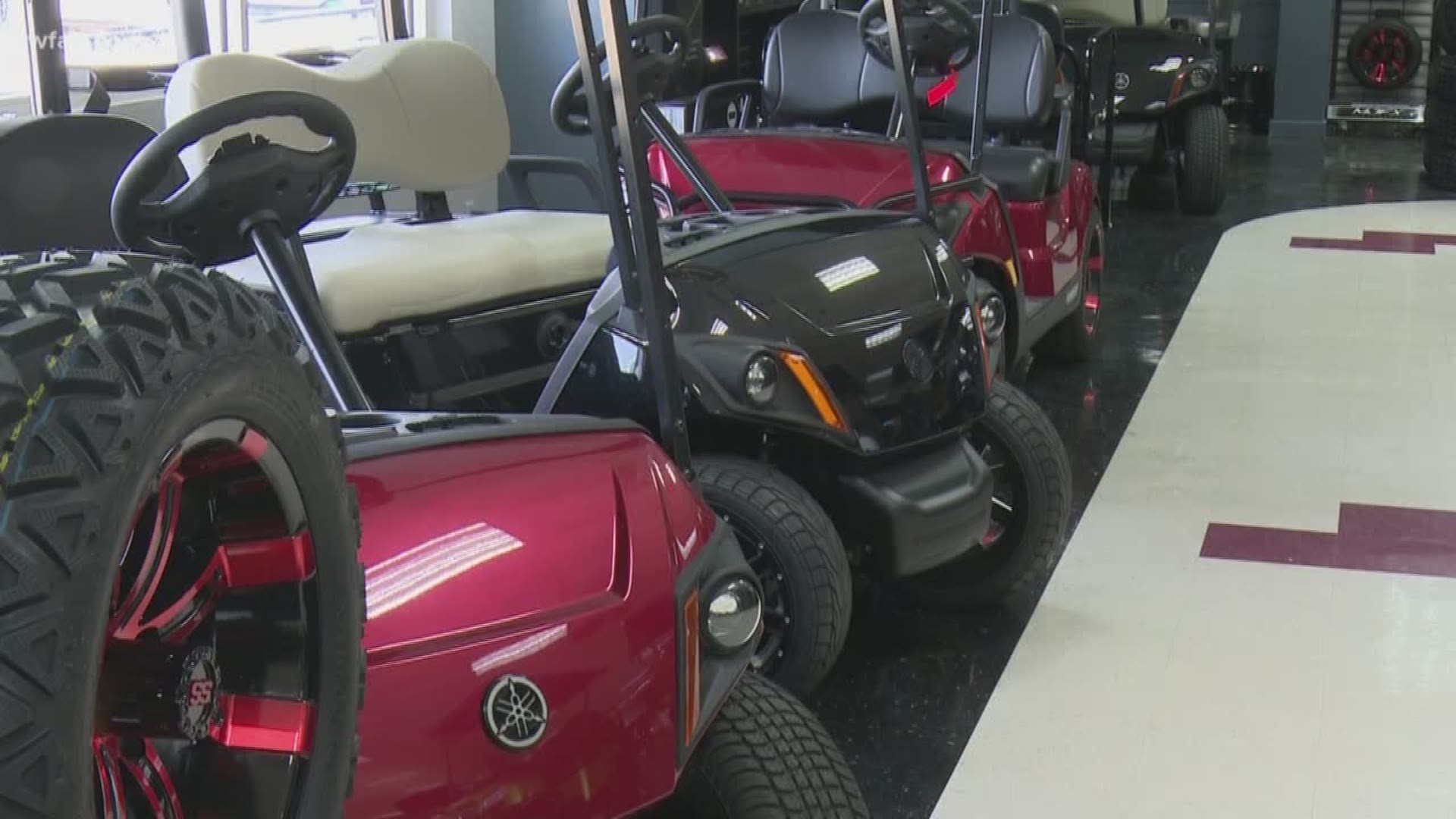 PLANO - They have always provided convenience on golf courses and other confined events, but the popularity of golf carts as a means of transportation has exploded in many North Texas master-planned neighborhoods. But with the popularity comes questions about the rules of the road.

“We are learning different cities have different ordinances,” said Terry Hundley, the owner of Golf Cars of Dallas. “Cities are going back and looking at their ordinances from 10 or 20 years ago.”

Hundley said the recent rise of neighborhood golf carts started when new homes, particularly in Collin County, began being built with a 3rd space or a half-garage spot ideal for a cart. The increased demand has also led to creative cart features, customizations and luxuries. A decade ago, Hundley said the average golf cart cost around $5000. That price point has risen dramatically and, depending on customization, the average cart now sells for around $10,000 according to Hundley.

“Everyone wants to have one that looks different from their neighbors.”

In the Trinity Falls subdivision in McKinney, you can find multiple golf carts in the parking lot at the community pool at any given time. Vu Thach recently bought a new golf cart and said it is much easier, efficient, and more pleasant when making short trips within the neighborhood. Hundley said most electric carts can get roughly 12 miles per charge.

“Our neighborhood is too beautiful not to ride around, enjoy the sights and wave at your neighbors,” said Thach. “It is also easier to park.”

Thach’s new golf cart has turn signals, mirrors, and both head and tail lights. Still, his cart and others are not equal to full-sized motor vehicles according to the Texas Transportation Code and most city ordinances.

According to the Texas Transportation Code, golf carts can be driven on roadways with a speed limit of 35 miles per hour or less during the daytime and within two miles of its storage spot. The code also allows for carts to be used within master-planned communities with restricted covenants. Most of the North Texas city ordinances we looked up require the driver to have a standard Texas drivers license, insurance for the carts, and the orange triangle designated a slow-moving vehicle on the back.

Golf carts must also follow all the regular traffic laws including signaling turns by hand or with a turn signal.