An Arlington pastor received a racist letter. The author is unapologetic

Pastor Dwight McKissic received the letter after deciding to leave the Southern Baptist Convention of Texas over the organization's stance on critical race theory. 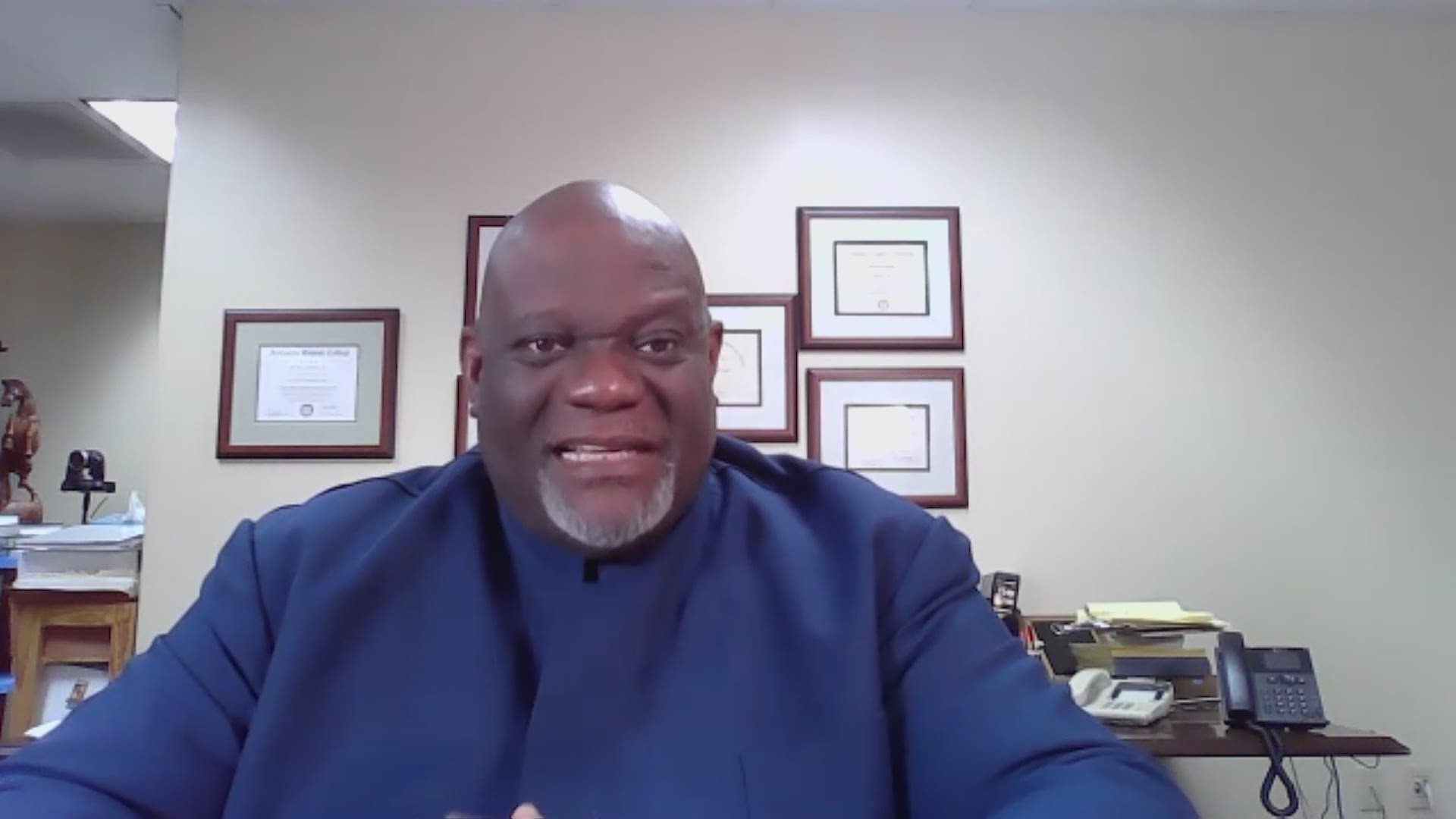 ARLINGTON, Texas — Pastor Dwight McKissic of Cornerstone Baptist Church in Arlington says he gets letters all the time, but the one he read on Sunday was different.

"It was Sunday after church, that I stopped to really read it critically and I said, 'Oh my God,'” said McKissic.

In it, he used the word "savage" and several other offensive terms to describe Black people.

"One of my concerns and why I posted this was, 'how many other people feel the exact same way?'” said Pastor McKissic.

He said he received the letter after announcing he was leaving the Southern Baptist Convention of Texas. He made the announcement after they stated critical race theory is not compatible with their doctrine. In other words, they don't believe in preaching that systemic racism exists.

"In Minnesota, they put a knee on George Floyd's neck. We will not let them put a knee on the necks of our pulpit,” said McKissic.

WFAA reached out to the Southern Baptist Convention of Texas and hasn't heard back.

WFAA spoke to Rutledge by phone, who was unapologetic about his letter.

"How can you call yourself a Christian and make comments about another race like this? If the facts are the facts, Christianity has nothing to do with it,” said Rutledge.

McKissic said he was not expecting the letter to go viral but he's glad it did.

"People need to know that his kind exist,” said McKissic.

The National Southern Baptist Convention officials condemned the letter and say they are working on becoming more diverse.

McKissic said the letter is proof that racism lives even in religious circles.

While he’s already leaving the Southern Baptist of Texas Convention, McKissic said he could walk away from the national parent group too, if it also adopts the same theory on race.

Pastor McKissic pointed out that while the SBC said wants to diversify, there are no people of color in any leadership positions.

“The Southern Convention has yet to prove evidence that they’re willing to accept Black people, Asian or Hispanics at any leadership positions," said McKissic.