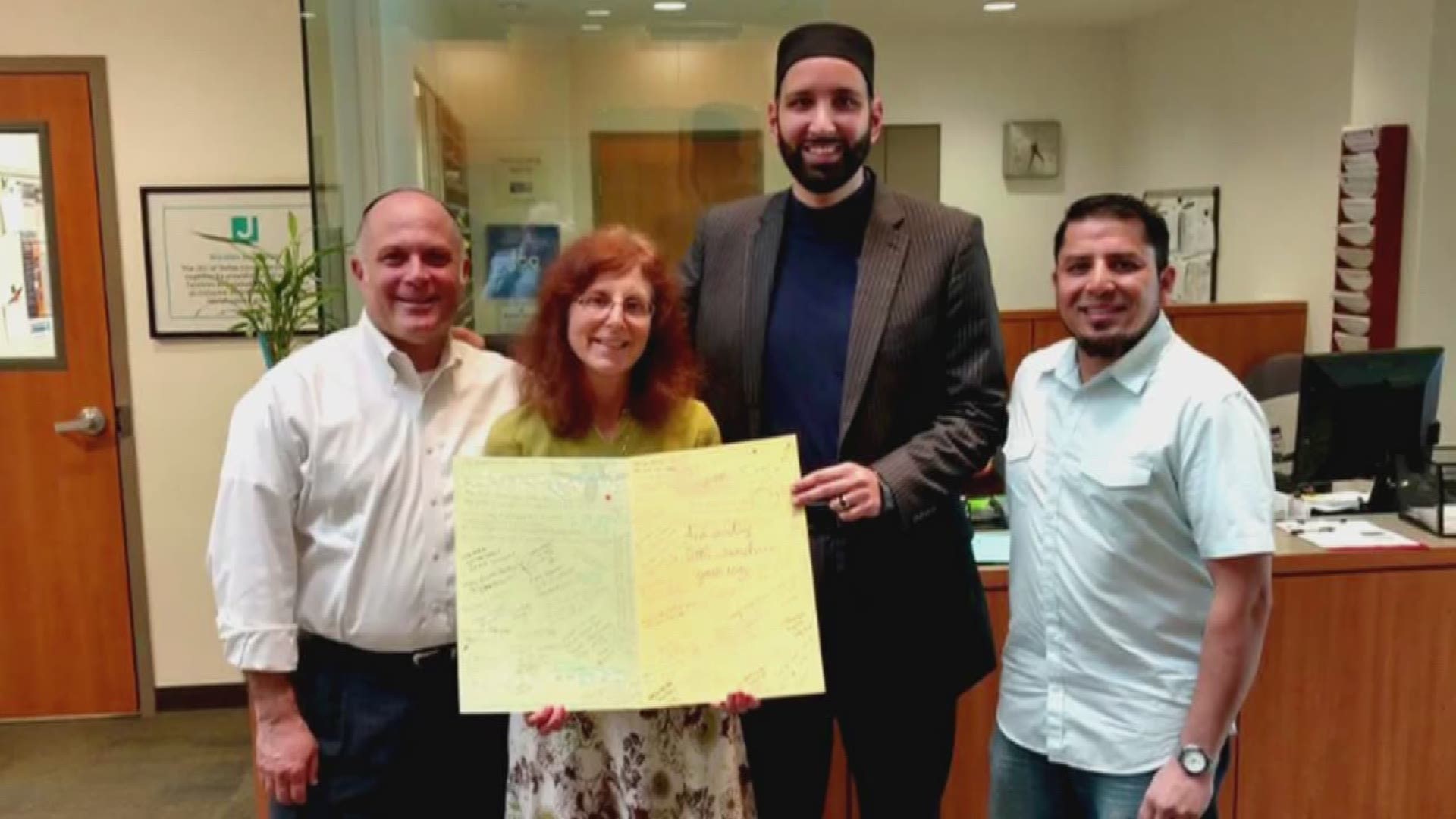 This week members of the DFW Muslim community walked into the Jewish Community Center in Dallas with a card and a message; "we are here for you."

Fuad Dadabhoy, Omar Suleiman and Nye Armstrong with Valley Ranch Islamic Center in Irving all did their part to show compassion to Dallas' Jewish community.

"I looked up Jewish centers in Dallas and wrote about 40 cards. I just want to show now is a time of unity not divide," Armstrong said.

Valley Ranch also hand delivered an over sized card with nearly 100 signatures of support to the Jewish Community Center this week.

Jewish centers across the country have been targets of threats and vandalism in recent weeks, something American Muslims say they can understand.

"There have been feelings of Islamophobia but I want this to push us together," Dadabhoy said.

Andrew Paley is the senior rabbi at Temple Shalom in Dallas and was one of the recipients of the card. He says it may seem like a small gesture but it's creating so much more.

"When people of the same intention come together hand in hand that can achieve large outcomes. I believe it to my core," Paley said.

The three spent Friday talking in Paley's office. They conversation ranged in topic from family, work to sports.

"Well I grew up in Cleveland so a lot of people will ask where my Cowboy gear is," Paley said.

"We have so much more in common but we often define ourselves by what's different," said Armstrong.

The three don't believe one conversation will solve all the world's problems but they do think it's a good start.

"We begin here and then we move on to our own distinct difference our perspectives. We don't have to agree but it's so important to know," Paley said.

The three say they look forward to carrying on their new friendships and conversations in what can feel like difficult times.