North Texas' first Crystal Lagoon will be open to the residents of Windsong Ranch in Prosper starting Saturday. 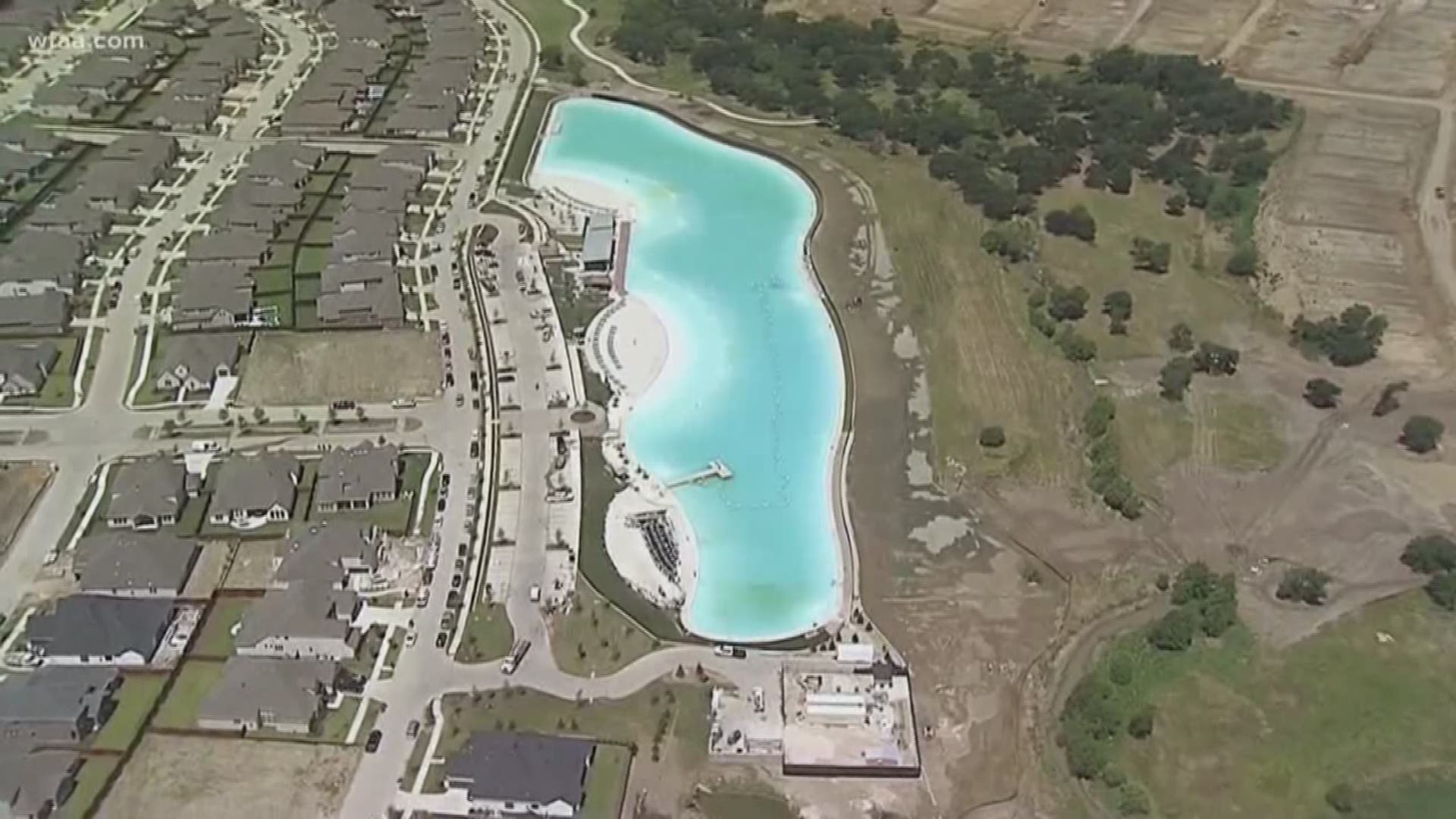 Craig Martin, a developer with Tellus Group, told WFAA he's had the idea for the lagoon for four years and is excited to make it a reality.

"After seeing one in Cabo I decided then if you can afford to build it you have to," Martin said.

The amenity spans five acres and requires 10 million gallons of water and 2,600 tons of sand from Arkansas. On Friday, crews scrambled to put on the finishing touches before Saturday's reveal to the community.

"We have people showing up who have never been to Windsong before and they say, 'I wanna buy a house here. I saw the lagoon,'" Martin recalled of conversations with prospective home-buyers.

With 1,700 lots still up for grabs, this just may be the most attractive selling point. The Windsong Ranch community already has nearly 1,000 homes built.

"I drove all the way from Lewisville. I picked up my kids and said, 'Let's go check it out,'" said Saleha Khalid.

Like any clear water, it's the color that catches most eyes. The clear blue is achieved only by a white bottom lining and a reflection off the blue sky. Cleaning 10 million gallons a day takes a full staff of seven people and some technology.

"We have a 10-foot wide suction car that runs along the bottom and picks up the debris," Martin said.

Starting Saturday, the summer hours for residents only go from 10 a.m. to 8 p.m. There will be one day in the near future for the public to get a glimpse.

Other Crystal Lagoons are planned, but the one in Prosper is the first.