"She straddled him, pinned him down to the floor, and she just started hitting him and beating him across the face and chest," the victim's mother said. 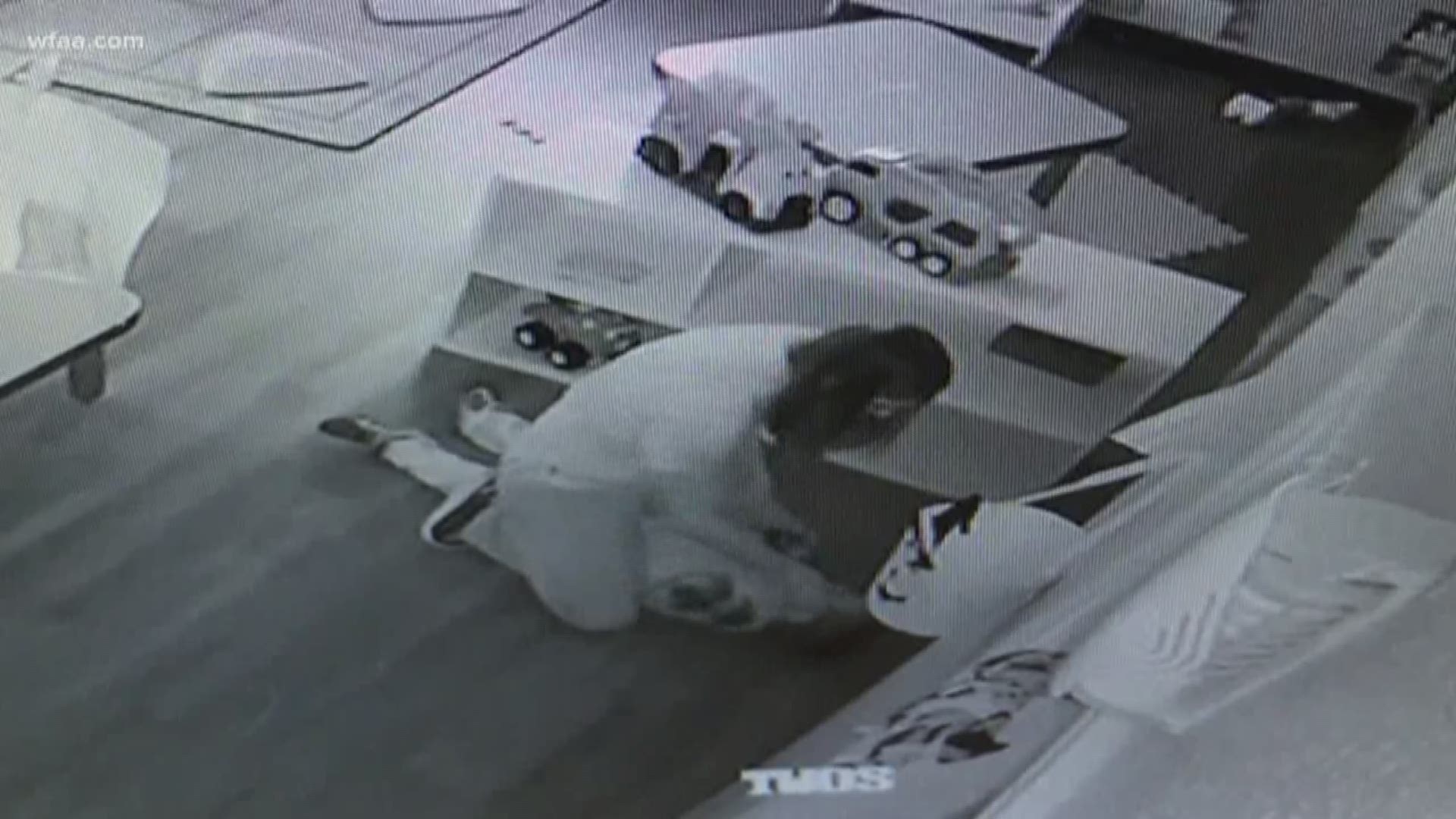 A daycare teacher in Haslet has been arrested and charged with injury to a child, two weeks after the alleged incident at Little Country Daycare.

Kindsie Andreason, the victim’s mother, said video surveillance showed her 4-year-old son, Hunter, straddled to the ground by a woman. The woman in the video is 36-year-old Tracy Ludwig.

“She straddled him, pinned him down to the floor, and she just started hitting him and beating him across the face and chest,” Andreason said.

WFAA on Monday went to the daycare, where an employee said the daycare had no comment.

The alleged incident happened on Nov. 6. Andreason said her son had scratches and redness, but she was told by daycare workers that he hurt himself after kicking and scratching teachers. She went home and punished her son with timeout, not knowing the whole story. She said Hunter was scared to tell her what happened.

“Just to know that we got onto Hunter and we reprimanded him for kicking whenever he was just trying to defend himself against a 36-year-old woman that was pinning him down and beating him – it just makes you sick,” Andreason said.

On Thursday, the redness turned into bruises. Andreason went to the daycare and Hunter’s actual teacher told her to demand answers from the owner and director of Little Country.

She said the director of the daycare willingly showed her the surveillance video. In it, two other teachers walked in. It was Hunter’s teacher who later came in and carried him out to safety. Andreason is grateful that at least one faculty member defended her son.

Andreason is filing a lawsuit against the daycare, the owner, director, two teachers and Tracy Ludwig.

Her message for parents is to protect their children at all costs.