One of the northern neighbor’s hallmarks is made exclusively in the Lone Star State. 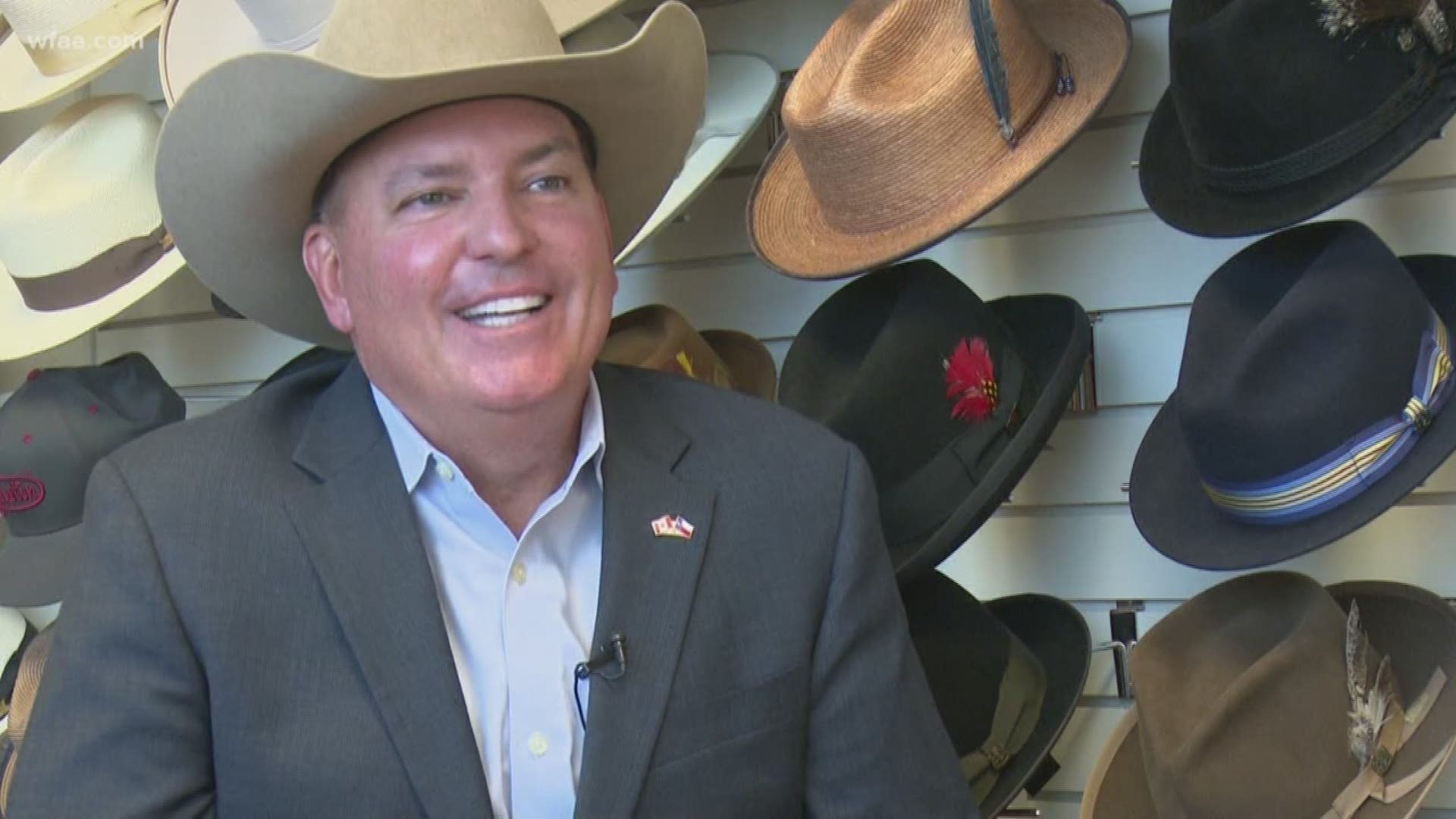 GARLAND, Texas — Canadians are celebrating Canada Day on July 1 and even though it is a long way from Texas, one of the northern neighbor’s hallmarks is made exclusively in the Lone Star State.

The flat-brimmed hats with the center dent worn by the Royal Canadian Mounted Police are produced at the Milano Hat Company factory in Garland.

“We make custom hats for each one of the Mounties,” said Milano President Scott Starnes. “They are made one at a time and we take very good care to make sure everyone is happy.”

The factory in Garland produces just about every type of hat imaginable for several brand names, including Justin and Larry Mahan’s Hat Collection. Since being founded by John Milano in 1983, the company has specialized in western-style cowboy hats but expanded their horizons in 2011.

“In order to grow, we had to acquire some kind of dress hat,” said Starnes.

That opportunity presented itself with Biltmore Hat Company, a hat maker in Toronto known for their dress hats. When Milano acquired the company and moved production to their Garland facility, they also brought the rights to the RCMP hat Biltmore had produced for decades.

Starnes said Canadians were understandably skeptical. “It is not unlike how we as Texans now feel about Chicago owning Whataburger. Put it that way.”

Credit: WFAA
The flat-brimmed hats with the center dent worn by the Royal Canadian Mounted Police are produced at the Milano Hat Company factory in Garland.

But with good foreign policy in mind, Milano Hat Company invited RCMP officials to the factory to help ease concerns. They even wore specially made pins with the intertwined flags of Canada and Texas as they showed them 80-90 step process for how the hats would be made.

“It took them very little time to figure out they were in good hands.”

Each hat is made to each Mountie’s specific size and there is a unique molding station in the Milano factory solely devoted to giving the RCMP hat its distinctive feature. Whereas most military/police hats in the United States have dents on the sides and a ridge coming down the center, RCMP has the dent front and center of the hat.

Apparently, the Canadians are happy with the hat. Starnes said the production contract has been renewed multiple times.

Of the 400,000 hats the factory produces each year, between 1500-2000 are made for the RCMP. So if you are ever north of the border and spot a Mountie, you can compliment them on their Texas-made hat.

“There is only one and it’s made right here at the Milano Hat Company in Garland, Texas.”

RELATED: What was your first car? Vintage cars and the changing auto industry