North Korea 'one of the worst places on earth' for human rights, Dallas expert says

"Their people have no freedom of religion, no freedom of assembly, speech, they're not free to move about the country," said Lindsay Lloyd, deputy director of the Human Freedom initiative at the Bush Center. 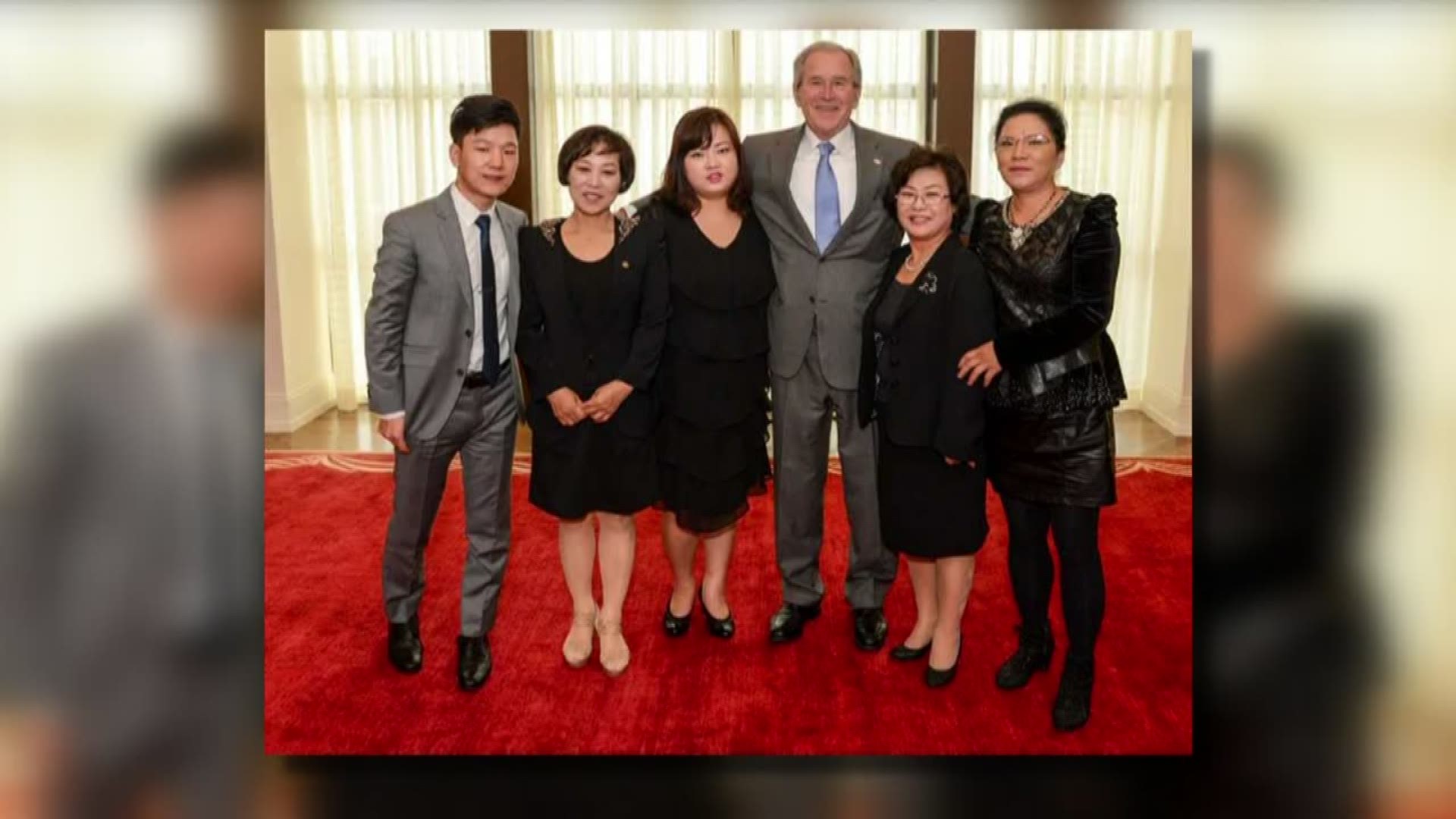 Dallas — The George W. Bush Presidential Center on the SMU campus has a unique view of the summit underway in Singapore because of the center’s Human Freedom initiative, an effort aimed at improving human rights in North Korea.

“North Korea is one of the worst places on earth in terms of human rights,” said Linsday Lloyd, deputy director of human freedom at the institute. “Their people have no freedom of religion, no freedom of assembly, speech, they’re not free to move about the country. There’s a network of prison camps that holds more than 100,000 political prisoners, so it’s really a dire human rights situation.”

The institute began its North Korea work in 2014 and has since published two studies which outline recommendations for bringing stability and better living conditions to the people of North Korea while also supporting refugees who have escaped the country, providing scholarships so they can further their education in America.

“What we have learned through our research and our activities is that some of those human rights abuses are fueling North Korea’s arms,” Lloyd said. “For example, they have what is essentially slave labor, where several thousand North Koreas are sent to work overseas in China and Russia and other countries. Those revenues don’t go into those workers’ pocket. They go to the treasury of the state and are used for what is the main priority of the government there - which is defense, or offense more accurately.”

Lloyd and his team view the summit as encouraging, but their optimism is tempered.

“We’ve tried to negotiate with North Korea in the past, in the Clinton Administration and during President Bush’s time, and those negotiations have never lead to a long-term solution to these problems. North Korea is a difficult partner to engage with,” he said. “We think here at the Bush Institute that it’s essential that human rights be a part of that conversation. A state that treats its people this way is not going to respect the international laws that govern nuclear weapons.”

Working directly with Lloyd on these initiatives is Jieun Pyun, who grew up in South Korea and moved to America 11 years ago to study English. She chose Dallas because her uncle had a friend living in North Texas. She went to Brookhaven College, part of the Dallas County Community College District, then transferred to SMU, obtaining an undergraduate degree and her MBA. She is now a manager of the Bush Center’s Human Freedom Initiative and says she worries every day about her parents and other family members who are still in South Korea.

“The goal of all South Koreans is to see that, whether you’re from North Korea or South Korea, for everyone to enjoy freedom,” Pyun said. “It is painful for me to see 25 million people in North Korea living in a condition that denies their basic human rights.”

Pyun said communication will be key during the summit. Because Kim Jong Un was partly educated in Switzerland, she believes he likely has some understanding of the English language.

The summit would be easier if they both fluently spoke the same language, she said. She knows highly trusted translators will play a critical role in the meeting, but she says she doesn’t trust the leaders themselves.

“I worry in general about these two individuals’ characteristics,” she said. “That worries me a little bit.”

“Talking is better than fighting,” she added.

Pyun said about 125,000 Koreans live in North Texas and all are closely watching what is happening, hoping progress is made toward peace, but convinced it will take a long time to achieve.

“We know that this one meeting cannot accomplish everything, and it’s a long process,” she said. “But I hope that at least this opens the door for the north Korean regime to change their attitude toward free society.”