'Very disappointing': Muslim woman says flight attendant did not let her sit in emergency exit row because of hijab

The woman was allegedly told she could not sit in the aisle of the emergency exit door because she was wearing a hijab. 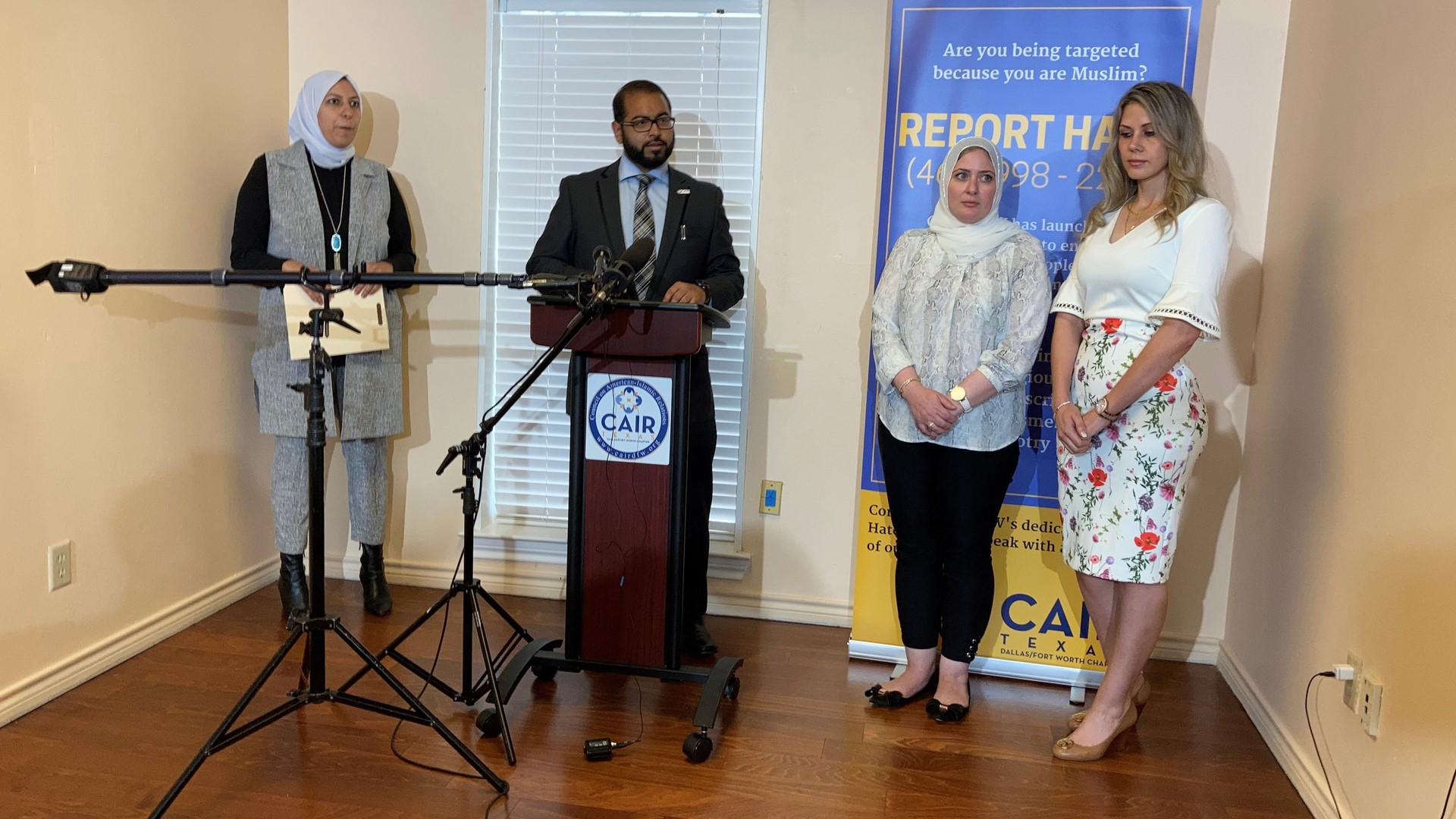 Fatima Altakrouri said at a news conference Tuesday afternoon that she and her sister wanted to sit next to each other in two empty seats on the emergency exit row as they were boarding the May 22 flight to Dallas. They ended up returning to their original separate seats after the flight attendant allegedly denied Fatima. She said they have filed a complaint with the U.S. Department of Transportation.

Altakrouri, who was born and raised in the U.S. and wearing a hijab during the flight, claimed a flight attendant told her that she “couldn’t speak English and would bring the whole plane down in an emergency.”

Fatima said that she spoke to the flight attendant in English.

"The whole incident was very disappointing to me," Altakrouri said. "I felt like I was kicked out and intimidated by the flight attendant. As a flight attendant, you should be ready to meet all walks of life, every religion, any nationality."

Her sister, Muna Kowni, said that she told the flight attendant twice that Altakrouri spoke English.

"And she [the flight attendant] said well you can sit [in the exit row] but she can’t," Kowni said. "So, that’s when I had to go back and didn’t want to be far from where my sister is. We were really patient, sitting for three hours being quiet, not saying anything after we got insulted."

They said they were flying from Fort Lauderdale to Dallas because of a family emergency. Their mother was in the ICU.

"For us, it was very stressful," Kowni said. "I am shocked because we fly with Southwest a lot, so this was really shocking to both of us."

The two sisters spoke to a manager when the plane landed in Dallas and filed a complaint with Southwest. Both women are from the Dallas area.

"I think I was really disappointed that the passengers around us did not say anything," Fatima said. "Me being born here, I know when to speak up. I do this on behalf of myself and other Muslim women. I hope this will change something with the way we are dealt with in public."

Fatima said she hasn't heard anything from Southwest since the incident.

“This is textbook religious discrimination and profiling,” Faizan Syed, the executive director of CAIR-Texas DFW said in a statement.

“You have two sisters, one who wears the hijab and the other who does not, and both board at the same time. One is denied the right to sit where she wants, while the other is encouraged to take a seat based on nothing else then perceived religiosity," Syed continued.

A representative for Southwest Airlines told WFAA in a statement that individuals in exit rows must be able to perform certain duties.

"With that said, Southwest neither condones nor tolerates discrimination of any kind," said Brandy King, the director of external communication. "Since Southwest Airlines' inception, we have put People first and maintain a mutual respect for our fellow Southwest Airlines Employees, our Customers, and the diverse communities that we serve. We apologize to any Customer who has a less than positive travel experience on Southwest and will look into the specific passenger situation referenced."

Editor's note: This story has been updated to correct the last name of Muna Kowni.