Muslims across the DFW remember protesting at DFW Airport in 2017. Now in 2019, they're back to help TSA employees as the country deals with another divisive issue. 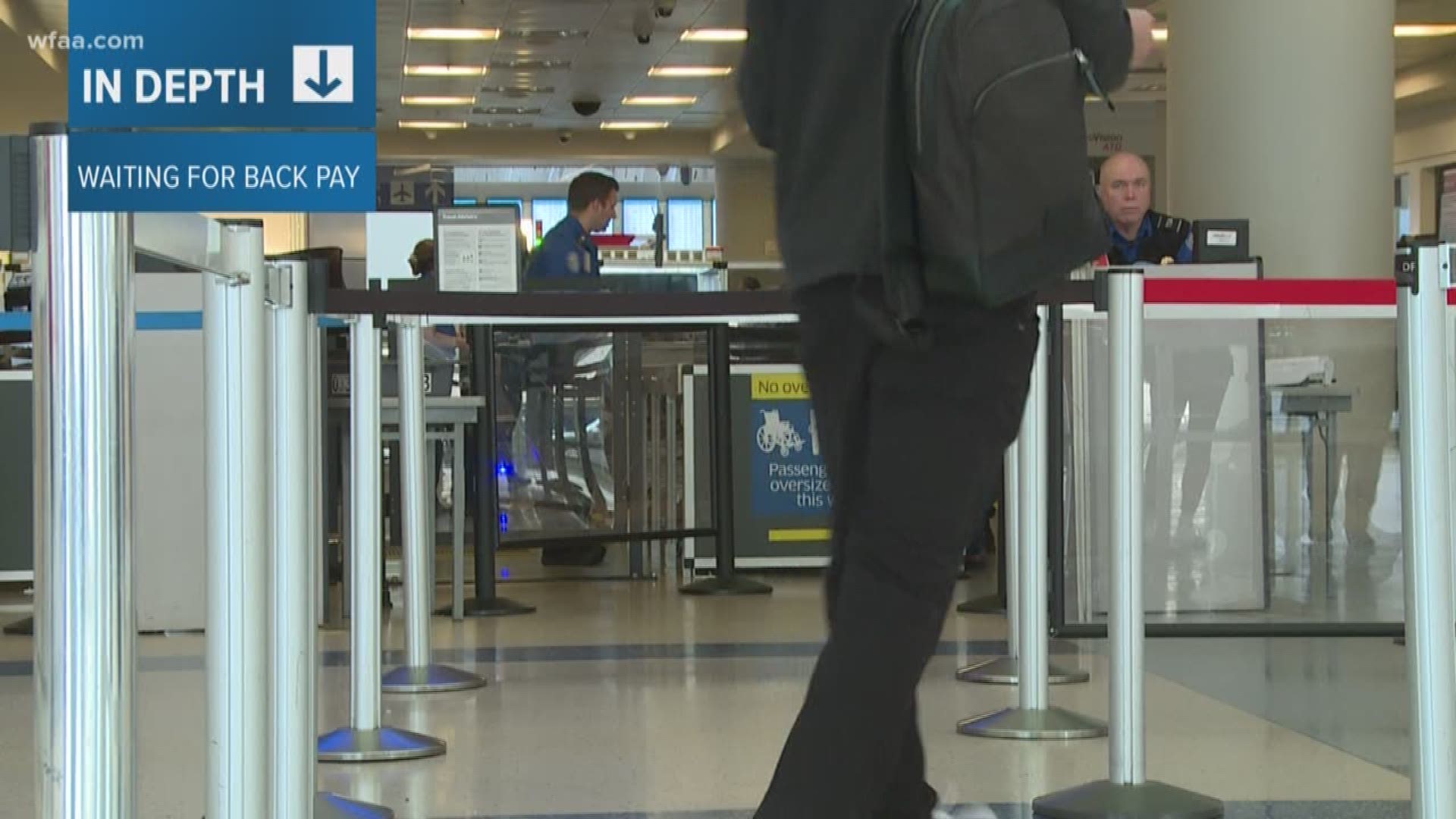 GRAPEVINE, Texas — With the shutdown coming to an end, for now, TSA employees are waiting for their backpay of 35 days. And while they wait, the Muslim community in North Texas is making sure the federal workers are fed.

On Friday, hot pizzas were delivered to the TSA office at DFW International Airport. Workers were also given gift cards and heavy boxes full of nonperishable foods, soap and more.

As they delivered basic necessities, the timing was uncanny.

"The irony is that two years ago exactly, we were in this airport protesting the Muslim Ban," Imam Omar Suleiman said.

In January 2017, thousands of Muslims stood in Terminal D to free detainees. Suleiman said over three days of protesting, they made friendships with TSA employees who took care of them.

Now in January 2019, they are returning the kindness.

Saadia Ahmed was also delivering gifts on Friday. She has family members directly impacted by the shutdown.

"It's sad that they have to chose between food for groceries and their medication at this point," Ahmed said.

She said almost everyone knows someone impacted by the shutdown.

Trump's announcement on Friday lifted the shutdown temporarily, meaning the government will be open for at least three weeks as politicians sort out a deal.

Ahmed and Suleiman hope this is long term, that the government will stay open for the sake of all the federal employees and their families.