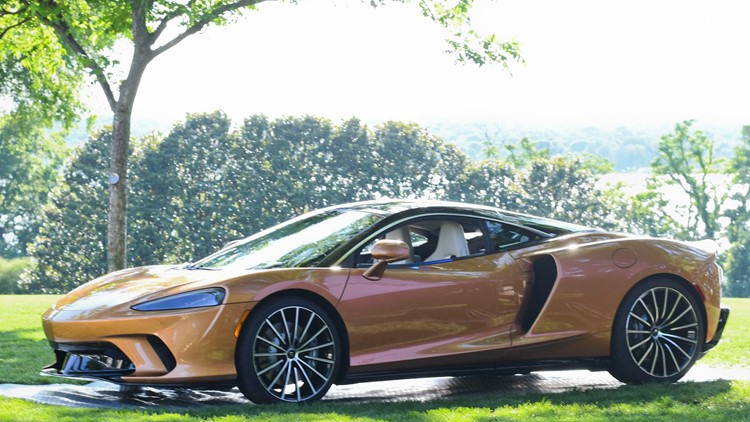 Photo by: Jake Dean, of a McLaren GT
McLaren will relocate its North American HQ from a Manhattan skyscraper to aN industrial park in North Texas.

McLaren, the manufacturer of some of the world’s fastest and most expensive sports cars, will relocate its North American headquarters from a Manhattan skyscraper to a high-tech industrial park in Coppell, where the British company plans to accelerate into its next phase of growth in the U.S. market.

The new facility will house about 30 McLaren North America employees, including Joseph, finance functions, after-sales, marketing and public relations, Joseph said in an exclusive interview with the Dallas Business Journal.

Sales and service training of employees from across North America will be conducted there, as will McLaren Special Operations, which refers to the customization of vehicles. The customizations previously were handled only in the U.K., Joseph said.

A fleet of vehicles for press and marketing purposes will also be housed in the Coppell facility, he said. Events will be conducted there, including “sneak peeks” of new vehicles, he said.

“As time started to move forward, it became very clear that New York City was not a practical place because of our need for more space,” Joseph said in the interview with the Business Journal. “I had employees who had been there over a year who hadn’t ever seen a McLaren car before.”

Joseph had a consultant study different locations, and Dallas ranked highly, as did Atlanta, he said.

“As I started to investigate it myself, Dallas became a no-brainer for me,” he said. “It’s very business friendly, it’s economically friendly, it’s central in the country. In Dallas you’re three hours (by plane) from essentially any dealer within our network.”

For a longer version of this story with more details on the timing of the move, click here.