"Just trying to make it home to my wife is a challenge every day," said DeVonta Brown who recorded a tense racial exchange. A man is accused of assaulting Brown. 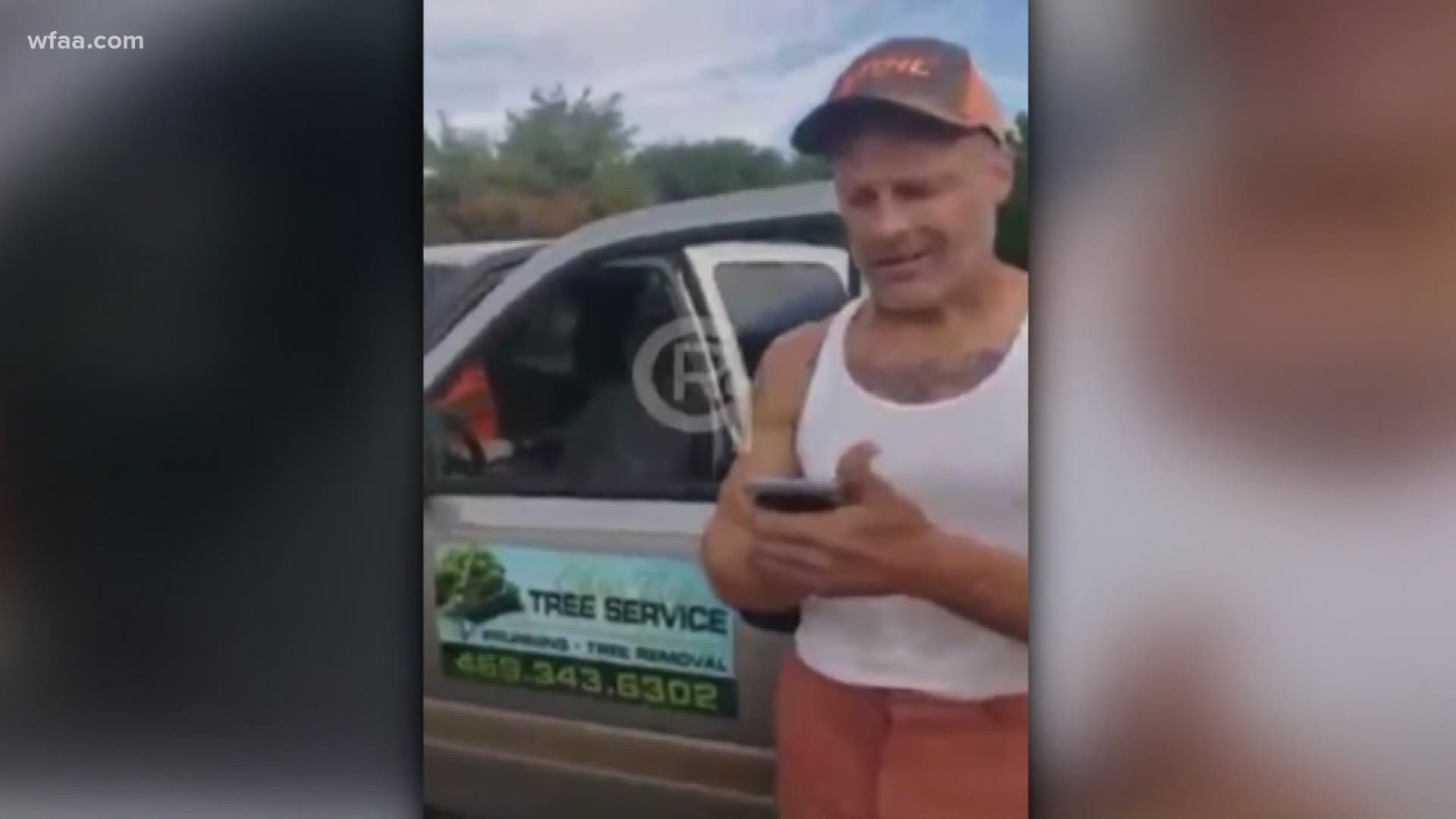 MCKINNEY, Texas — DeVonta Brown didn't think a simple trip to grab a cup of coffee before work would end in his assault.

He was going through the drive-thru of a McDonald's in McKinney on Monday when the driver of a truck drove the wrong way and cut him off.

Brown walked up to the truck with his cell phone recording the exchange. The man inside could be heard saying the N-word multiple times.

That driver, identified as Christopher Taylor, was later arrested on an assault charge, according to the McKinney Police Department.

Taylor is accused of headbutting Brown and spitting on him, according to Brown.

The video of the interaction was shared thousands of times on social media.

Brown said what he experienced is nothing new to him. But, he said, it was the most blatant act of racism he has experienced.

"Just trying to make it home to my wife is a challenge every day. [Enough] is enough," Brown said.

WFAA made several attempts to reach Taylor through Chris Taylor Tree Service by phone and text message but did not receive a response.

Brown said he is happy he had his phone to record the exchange and that he stayed calm throughout. He wants to move on from this moment but still make people aware that these kinds of deeply racial exchanges still happen.