In a conversation hosted by the Dallas Regional Chamber on Wednesday, Cuban said his family voted against him running this year. 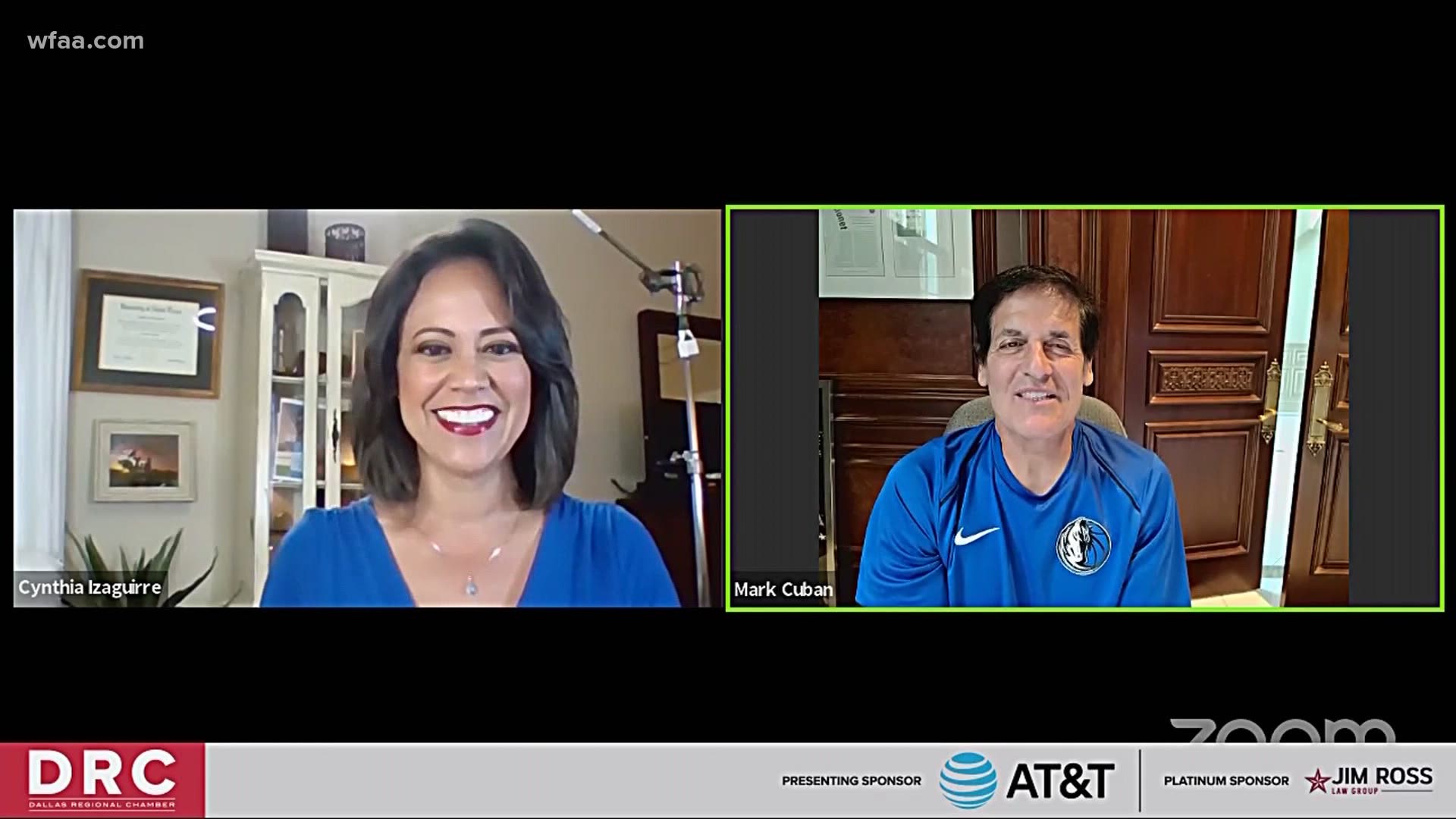 Dallas Mavericks owner Mark Cuban has been outspoken about how reopening should be handled during the coronavirus pandemic.

Cuban is part of the advisory group President Donald Trump created to give input on the process.

At a virtual meeting Wednesday hosted by the Dallas Regional Chamber, Cuban spoke with WFAA’s Cynthia Izaguirre on a number of topics, including contact tracing and testing, safely reopening the economy, and if he has a future in politics.

Cuban did not throw his hat in the ring for the 2020 presidential election, but he won’t rule out the possibility of running in 2024.

But he insisted that a presidential run is “highly, highly, highly unlikely.” A big reason: his family voted against the idea and he recognizes the stress a campaign would put on them.

On getting Americans back to work

To truly restore consumer confidence, Cuban believes we need a vaccine. But until that happens, he has some ideas for creating more jobs and improving the economy.

“I think we need a federal jobs program so we can start hiring people who can have a positive impact on this country,” he said.

Cuban also said he doesn’t think the Paycheck Protection Program worked to stimulate the economy enough. Instead, he suggests more financial support goes directly to citizens, in the form of regular payments.

Cuban said the goal of the program would be creating consumer demand. Businesses can’t afford to reopen if no one has money to spend on products, according to Cuban.

He understands the difficulty business owners are facing right now because he’s dealing with it himself.

“People need to get back to work. On the other hand, you have to think about people’s safety,” he said.

On ensuring there’s not a resurgence

Cuban pointed to tracking and tracing as the most important method for keeping a major resurgence of COVID-19 from happening in the U.S.

He believes these programs must be federally run to make sure the data is standardized and easily shared.

In addition, he sees building out this program as a way to create jobs and find the manpower to effectively track cases across the country.

RELATED: Mark Cuban talks Texas reopening: 'Would you let your kids out? I'm not letting mine.'

On the NBA’s return

In March, Cuban optimistically said he hoped the NBA would return to play in mid-May.

Now that point has passed, and there’s still no timeline for a return to the hardwood.

Cuban said he believes the league could be playing again in a few months but doesn’t expect fans to be in the stands.

“It all comes down to safety to get fans back into the arena,” he said.

On the biggest lesson he’s learned from COVID-19

Cuban summarized what he's learned over the past few months pretty simply.

“Patience. Compassion. I’m not used to dealing with this much uncertainty,” Cuban said.