Jalen Bell, 24, claims a group of white security guards shouted racial slurs at him as they choked and beat him inside XTC Cabaret Dallas early Sunday morning. 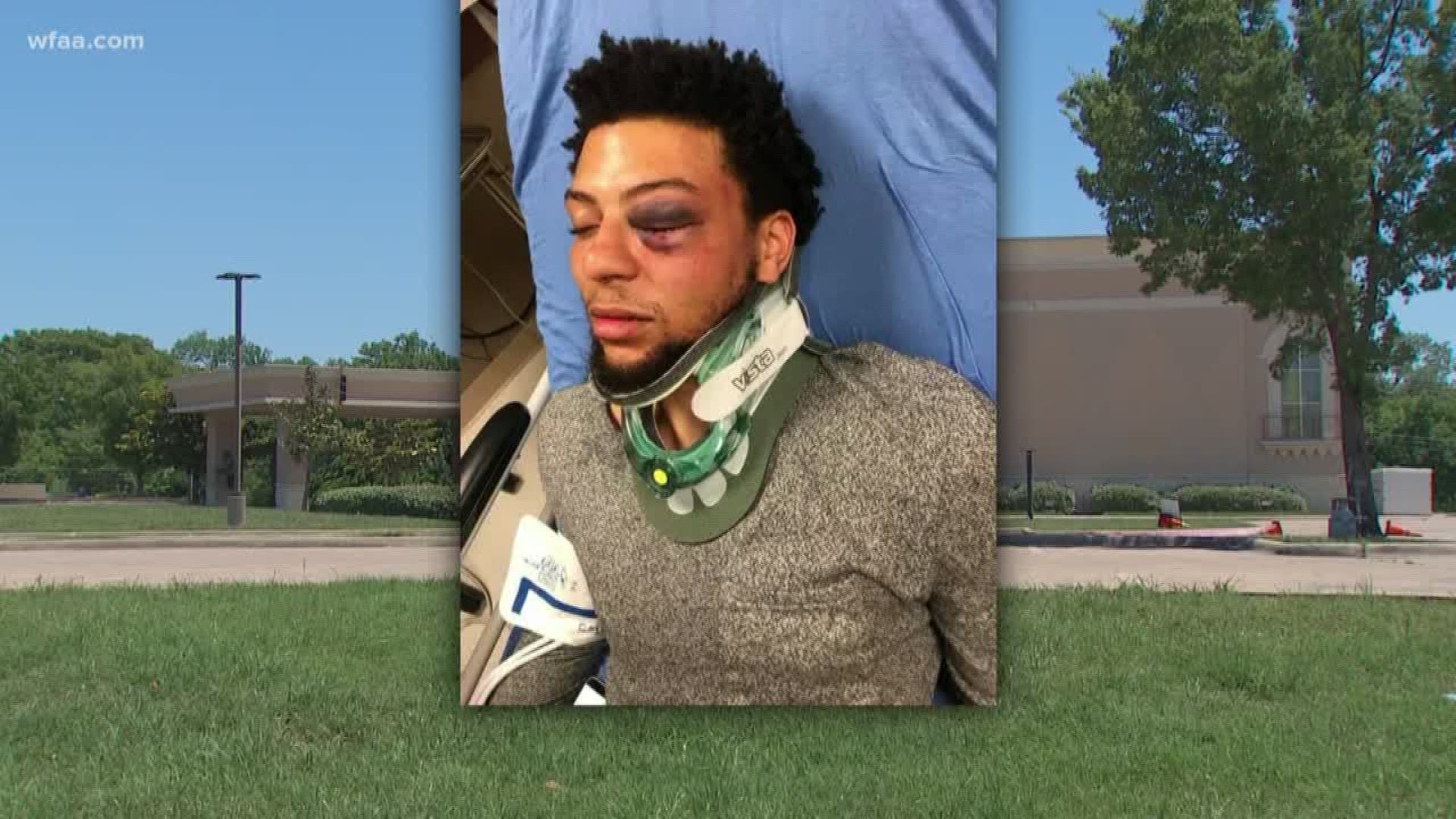 Police are investigating a man’s claims that he was violently assaulted by a group of security guards at a strip club in Dallas.

Bell, 24, claims a group of white security guards shouted racial slurs at him as they choked and beat him inside XTC Cabaret Dallas early Sunday morning. His eyes are black and bruised. His ribs are fractured.

Bell explained, “People think it can’t happen to them, and it can happen to you. And it’s just horrible. It’s a horrible feeling.”

During a press conference with his wife and civil rights attorney, Lee Merritt, the navy veteran and college student claimed he was at the strip club with a friend who was visiting town. The men were on the club’s second level, preparing to leave, when Bell says his friend had to use the rest room. Bell says while waiting, a patron in the VIP area put out a cigarette in their drink. That lead to an argument.

”The security guards told him to go on or you’ll get it too,” Merritt explained. “And he says please just let my friend go. The next thing you know, he was grabbed by the trachea, slammed on the ground and they began choking him.”

With so many surveillance cameras around the club, Bell’s lawyer is asking that any video of the alleged assault be preserved and the security officers’ names revealed.

Bell said, “I want to see these guys brought to justice, but I still have a lot of love in my heart.”

“XTC Cabaret Dallas has a zero tolerance policy for any kind of discrimination. Our club has a very diverse clientele, equally diverse management and staff, and has been in business a long time. Our initial understanding is that this incident involved what was deemed to be an unruly customer. We are continuing to investigate the incident internally and ask the community to be patient until that is concluded.”

Bell’s attorney says they are planning to file a lawsuit against the club and each security guard as their identifies are revealed.