Through the course of the civil proceedings, the constable's attorney said he discovered that Patrick Wilson monitored the constable's county email, looking for evidence without a warrant before filing charges. 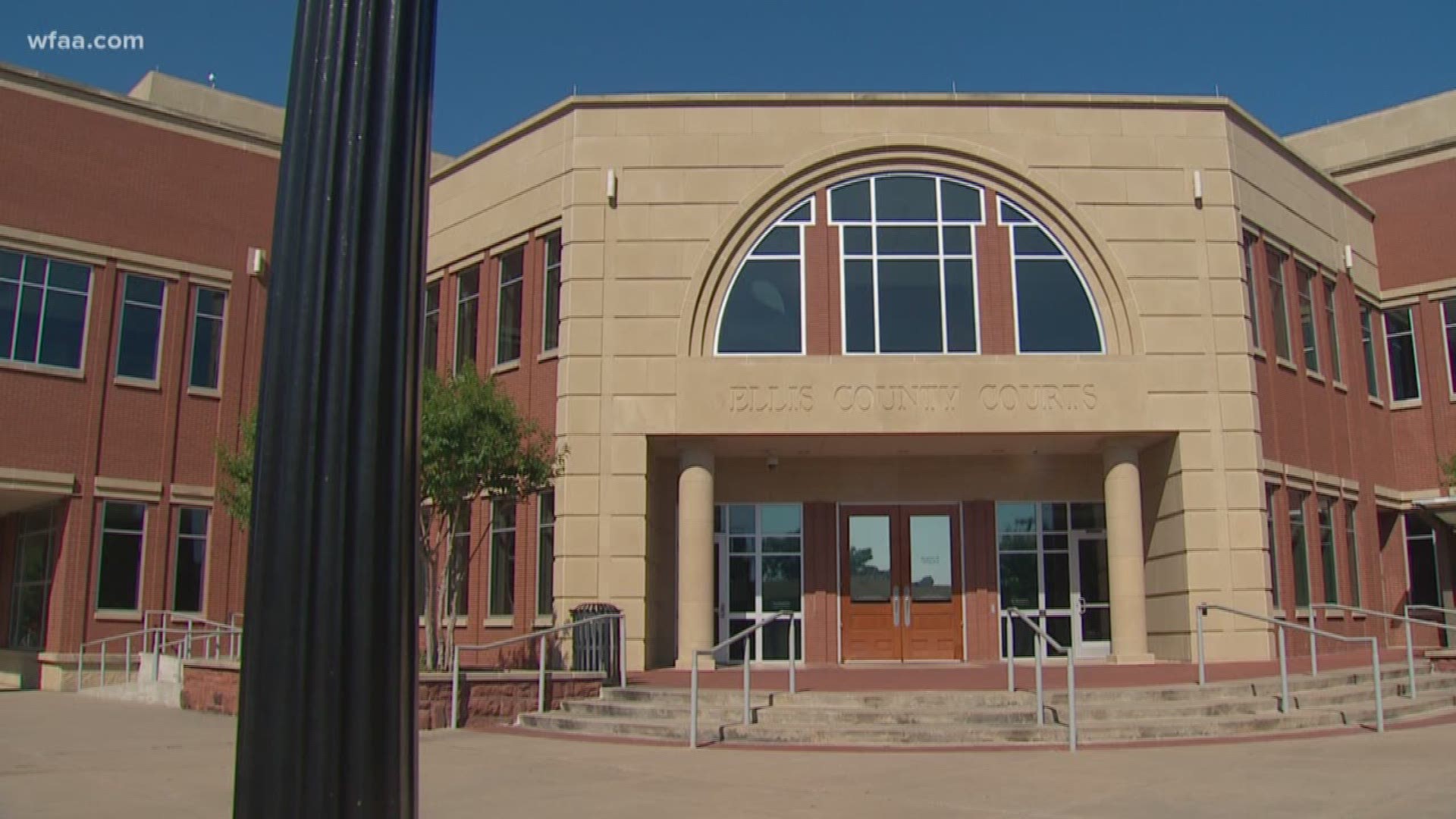 WAXAHACHIE — A newly-filed lawsuit in Ellis County accuses the district attorney of illegally spying on a county constable’s emails and seeks to remove him from his office.

The suit was filed by Waxahachie attorney Dan Gus.

A jury recently found those charges to not be true.

The case got Jones suspended from his position in January, and he returned to his office earlier this month.

Jones is also facing the same charges in a criminal court. All were brought forth by District Attorney Patrick Wilson, who accused Jones of using county resources for personal interest.

Court documents say there was a concern that Jones may have used the county’s sales tax exemption to buy and create Second Amendment shirts and decals.

However, the suit says, Jones proved in civil court that he only used his email for communication purposes and didn’t abuse taxpayer dollars.

Through the course of the civil proceedings, Gus said he discovered that Wilson monitored Jones’ county emails—looking for evidence without a warrant before filing charges.

In court filings, Wilson’s office admits to looking through Jones’ emails—acknowledging that they never got a legal request to access them.

But Wilson’s office argues that Jones is a county employee and that the emails in question are public property.

The filings went on to say that, “a review of the defendant’s emails was conducted in full compliance with the local government code and all other applicable laws.”

Gus told WFAA that Wilson broke the law, and isn’t allowed to sift through another elected official’s emails.

The accusations are spelled out in a lawsuit he filed Wednesday that requests Wilson be removed from office.

“One elected official cannot spy on the emails of another elected official,” Gus said. “You can’t just make the independent decision that ‘hey I’m going to gain access to someone’s emails’ because I think there’s something interesting for me to see. That’s against the law.”

Wilson has since recused himself from Jones’ criminal case, and the proceedings are now on hold until an outside prosecutor gets assigned.

Furthermore, a special prosecutor will review Wilson’s actions to see if he broke any laws. WFAA was also told that the public corruption division of the FBI was notified of the case.

Former Federal Prosecutor Aaron Wiley says what Wilson did might not be illegal.

Wiley added that the FBI will likely take a hard look at the case though.

“It depends on the tenor of the FBI,” he said. “If they’ve been notified—that’s going to be their call and they could bring considerable resources on it.”

Wilson’s office responded to WFAA with a statement: “Last week a criminal defense attorney who has a longstanding and well-documented vendetta against the Ellis County and District Attorney's Office made allegations against this office.”

“As soon as the allegations were made known to him, District Attorney Patrick Wilson fulfilled his ethical obligation to step aside, and he formally asked that a judge assign an outside prosecutor to review the complaint," the statement said. "That process is currently underway. This office is confident that an independent review of the facts will show that there is no basis for the complaint.”