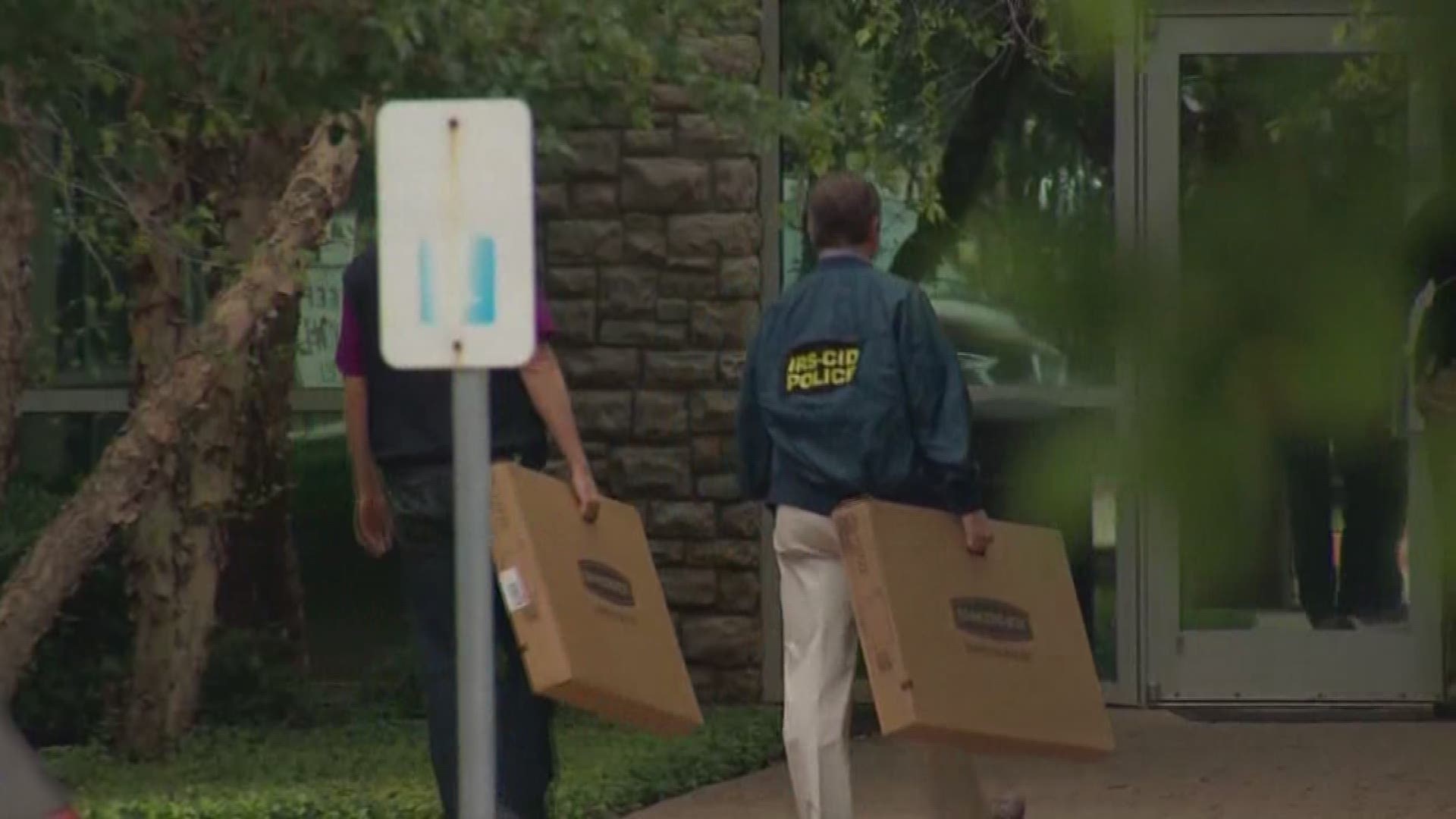 A federal source told WFAA that it has been a lengthy IRS investigation, although agents at the scene were vague about the scope and target of their search warrant.

"Today, we are here on official business, we are conducting a search warrant on the premises, basically that’s all I can tell you today," said Special Agent Michael Moseley with IRS Criminal Investigations.

State documents confirm the location belongs to Hinn's ministry. Federal investigators with the IRS and Postal Inspection Police have been entering and leaving the building in the 3400 block of William D. Tate Freeway. Crews have been taking boxes and other items out of the trucks and placing them inside the building.

“We are primarily investigating Title 26, which is tax evasion and general fraud against the government," said Mosely.

A special agent says the IRS Criminal Investigations Department typically looks into tax evasion and general fraud against the government.

Hinn has a TV program called "This Is Your Day," which according to the website is one of the world’s most-watched Christian programs. Hinn is known for his so-called "healing powers" during his church services.

Ole Anthony has been tracking Hinn for more than two decades. Anthony runs a non-profit called the Trinity Foundation, which monitors religious fraud. He's turned over hundreds of documents to the IRS.

“The IRS has been loathed to investigate any religious organization," said Anthony.

Anthony says Hinn has raised millions of dollars through his healing ministries. He said he believes some of the donations are mailed to offices that were searched Wednesday.

“There is more fraud in the name of God, not just in America, but in the world, than any other kind of fraud,” said Anthony.

In 1999, Hinn announced he was building a $30 million healing center in Irving and raised millions of dollars. The center was never built.

“What happened to the money? Same thing that always happens. It goes to meet the needs of Benny and his confidants," Anthony said.

Hinn's spokespeople at the time told The Dallas Morning News the money was either returned to the people who donated or used for other religious purposes. This marks the second time the IRS has looked into Hinn. They also conducted an investigation in 2005.

According to Hinn's social media and online schedule, he is in France at this time.