Earlier this session, lawmakers filed a bill that would require state regulators fine psychiatric hospitals who illegally hold patients to bilk their insurance. 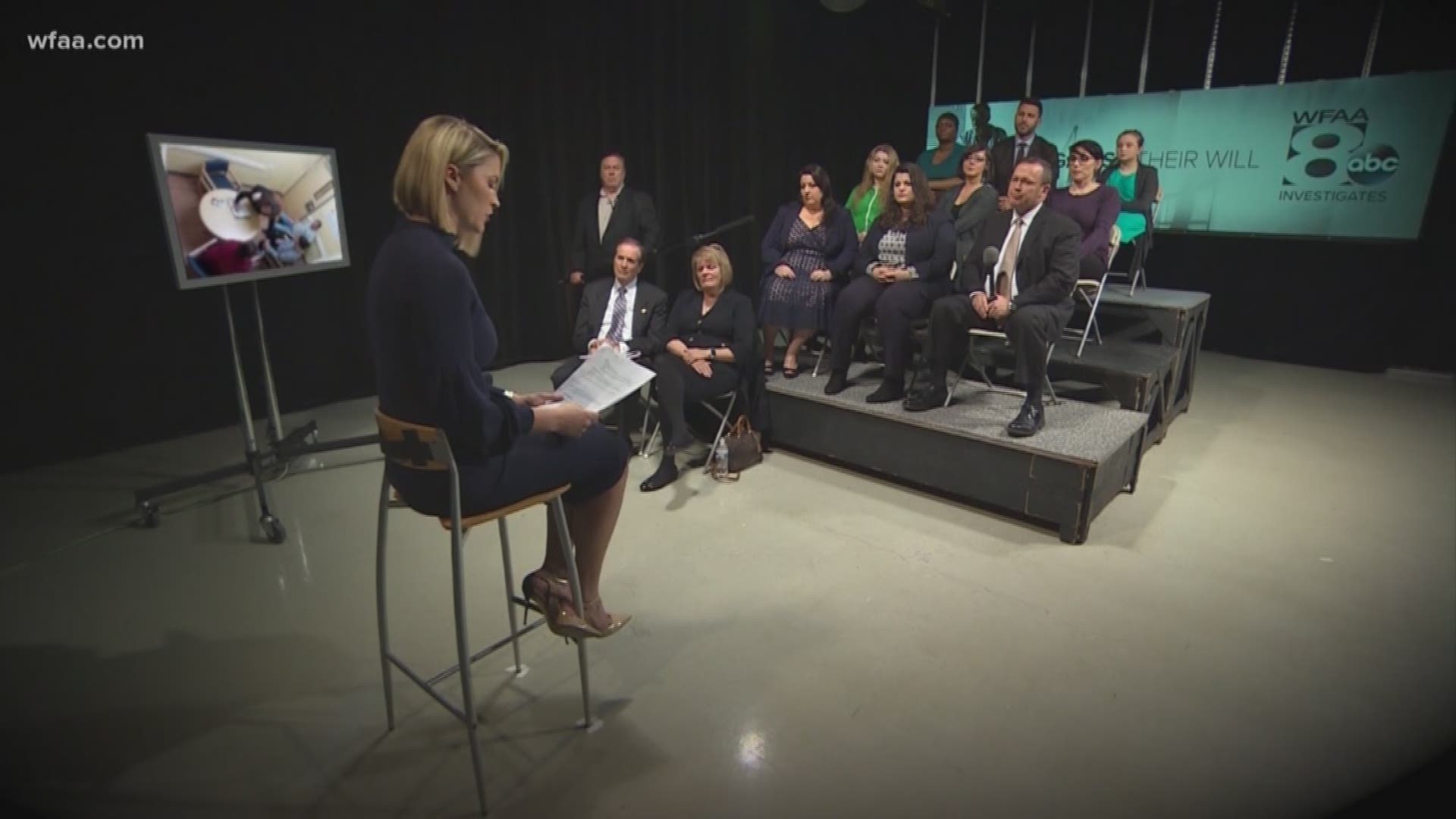 DALLAS — After a WFAA investigation raised questions about the role of state regulators in holding psychiatric hospitals accountable, Texas is one step closer to protecting families who voluntarily seek mental help.

Earlier this session, lawmakers filed a bill that would require state regulators fine psychiatric hospitals who illegally hold patients to bilk their insurance.

Last year, WFAA gathered dozens of people from across the state.  They all went willingly to Texas psychiatric hospitals seeking help, like outpatient services. But they say they were locked up and illegally held against their will for days even weeks, without a court order. All the patients WFAA talked to say they believe they were illegally held so that the hospitals could bilk their insurance.

RELATED: Against Their Will: Locked away in a mental hospital after voluntarily seeking help

RELATED: Against Their Will: The Breakout

RELATED: Against Their Will: Resources for families dealing with mental health care

RELATED: Against Their Will: Voices

WFAA’s review found there are nearly 130 facilities doing psychiatric care in Texas. Over the past three years, state regulators have not penalized one of them for holding patients against their will – yet WFAA was able to fill a studio full of patients with similar stories of being illegally held. Many of them said they filed complaints with the state and are now pursuing legal action.

House Bill 1274 mandates and increases penalties against psychiatric hospitals who illegally hold voluntary patients against their will. Currently, state law says that regulators “may” fine hospitals. Proposed legislation removes the option for regulators to penalize hospitals and instead, makes it mandatory. The bill increases the penalty amount from $25,000 to $100,000.

The bill currently sits in Public Health Committee. If it is voted out and into law, it could go into effect in September.

Meanwhile, WFAA continues to receive calls and e-mails from people needing help because they're family members are being held against their will.