Unlike FDA-approved drugs, compounded drugs are not government tested, and patients often have no idea - 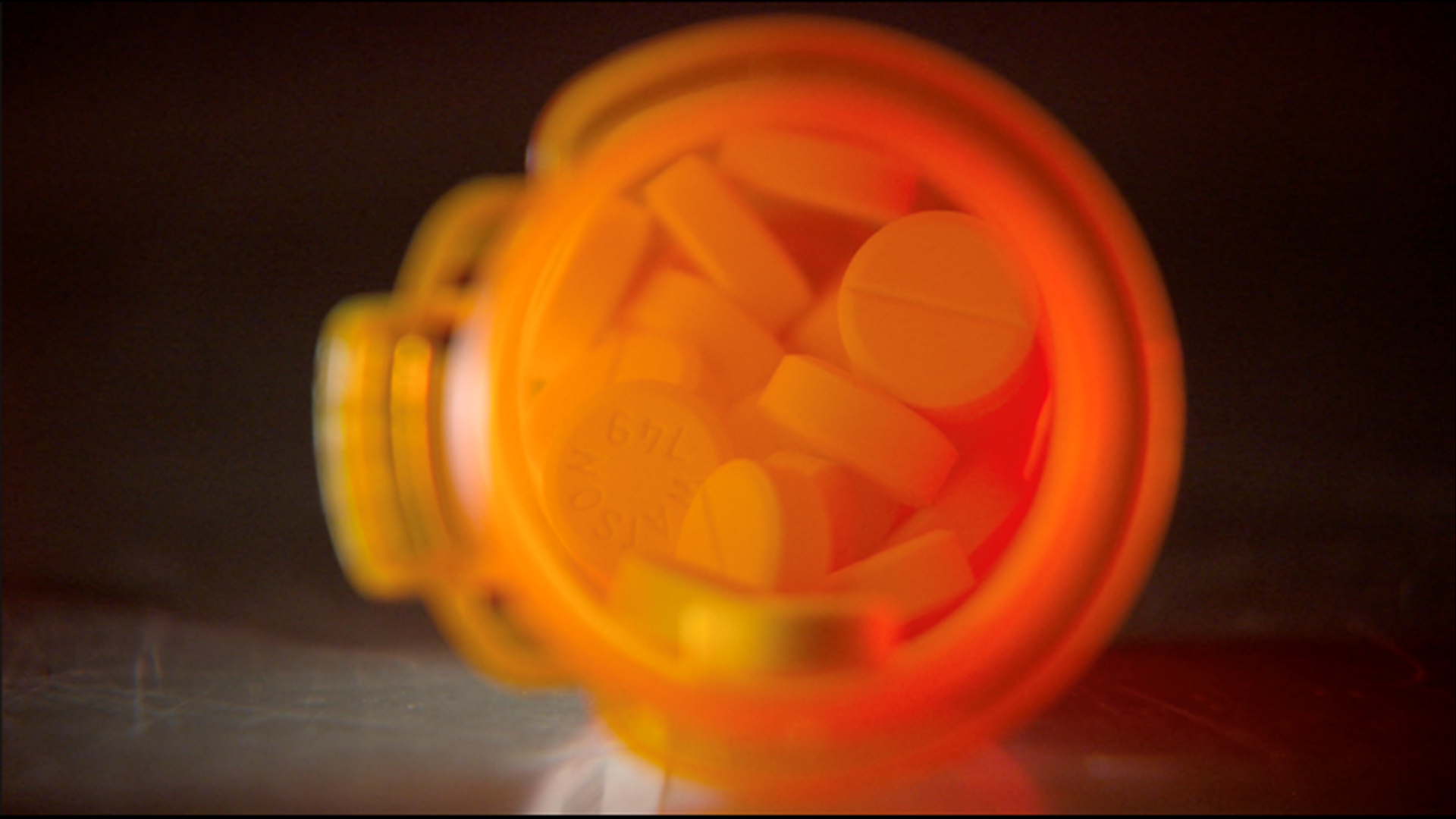 DALLAS — Curtis Cosby went in for what he believed was routine cataract surgery, but days after, he soon realized something had gone terribly wrong.

“I went in to see the doctor and she sits back and says, ‘I’m sorry,’” Cosby recalled. “And I said, ‘What do you mean you’re sorry?’ And she says, ‘Well we had a problem with some medicine.’”

“Put on the darkest sunglasses you can find, fog up the window and look out of it,” Cosby, a former commercial truck driver, told WFAA. “That is my best eye. My worst eye you probably need to put on a welding helmet.”

Cosby is among 68 patients at two Dallas-area Texas surgery centers who claim to have suffered damage to their vision - many of them nearly blind. Of the 68 patients, 60 of them have filed lawsuits claiming a drug made by a Dallas-based compounding pharmacy led to their lost vision.

A WFAA review has found the Dallas incident is part of a growing concern about compounded drugs, which may be tailored to meet individual prescription needs. A growing number of medical facilities like hospitals and clinics are using compounded drugs in place of FDA-approved drugs.

RESOURCES: What is a compounding pharmacy? Why, what you should know

But there’s a big difference between the two. Unlike other prescription drugs, compounded drugs haven't been approved by the Food and Drug Administration. They're not fully tested and deemed safe, and often the patients have no idea.

“I thought every pill you take, every shot you take is tested," Cosb said. "It's hard to believe."

“For most, the majority of my clients, they are blank blind in that eye,” said Andrew Sommerman, who represents Cosby and 43 other patients who have filed suit.

The patients’ lawsuit blames Guardian, the Dallas-based compounding pharmacy that made the solution, and two surgery centers where doctors injected Guardian’s solution into their patients’ eyes.

In a review, FDA investigators raised questions about the solution’s formula and process used to compound the drug. The investigators also said they found the solution contained formaldehyde and acetone—preservatives Sommerman alleges were toxic to his clients’ eyes.

“And they (the compounding pharmacy) shipped it out and said, 'Here, put it in somebody's eye,'” Sommerman said. “This is a crazy way for us to do healthcare.”

Guardian Pharmacy owners have declined interview requests, but in an email, Jack Munn, the pharmacy’s president denies responsibility. He says Guardian followed all regulations and “voluntarily ceased compounding” the drug.

“No scientific connection has been established by any entity between the drug Guardian Pharmacy Services compounded and the illnesses that have been reported,” Munn said in his email.

Munn also said Guardian tested the solution prior to shipping batches to the two surgical centers. However, when pressed further, he declined to disclose the extent or type of testing that was done on the solution.

“The prescription was tested after it was prepared and before it was dispensed,” Munn said in his email. “Guardian Pharmacy Services’ testing procedure is proprietary and thus we will not provide precise details of the testing protocol.”

“To date and to our knowledge, none of the patients who allege harm have received a medication with preservatives,” Munn added.

Doctors with the two surgery centers, Park Central Surgery Center and Key-Whitman Eye Center, declined interviews. But in a prior interview with WFAA, Dr. Jeffrey Whitman said they were caught off guard.

“The medication was not made to specifications and that is what most likely affected the retina,” Whitman said.

“We went in for a simple surgery and we came out destroyed,” said Susie Pope, another patient who has filed suit.

By the time Pope went in for cataract surgery at one of the Dallas eye clinics in January 2017, dozens of other patients already had gone before her. Many had gone to another eye clinic in November 2016.

Various patients at the two clinics said they experienced adverse effects within days of the surgeries.

“How could 68 people be involved before they pull that off the shelf?” Pope told WFAA.

Other patients had the same question.

“That's what troubles me is why it wasn't caught by then,” said Nick Morale, who also has filed suit.

WFAA found that the drug was not pulled, in part, because there's no clear system to catch it.

If something goes wrong with an FDA-approved drug, the FDA immediately issues a recall. But the FDA, besides checking if the drugs are sterile, does not test to see if the individual compounded drugs are safe. That’s unless patients or health care professionals report “adverse events” from the drug.

It took months from the time patients were first injected with the drug and had adverse events to the time Texas regulators were notified.

Guardian Pharmacy officials said they only learned about adverse effects four months after the solution was first dispensed in November 2016.

“As to why the eye surgery facilities may have learned of these events sooner and not informed Guardian Pharmacy Services until late February, that would be a question for the facilities,” Munn said.

This is not the first time a compounding pharmacy has been involved in a medical controversy.

According to a Pew Research study, beginning in 2001, 115 people have died and 1,416 injured due to problems involving compounded drugs.

Most recently, 80 died and 750 were injured in 2012 when a Massachusetts pharmacy shipped drugs contaminated with meningitis to patients and health care providers across the country.

Congress adopted a new law in 2013 aimed to crack down on the industry to ensure better sterility of drugs when compounded in a pharmacy.

“I think it was a wake-up call for a lot of the industry,” said Michael Elliott, a Dallas attorney who served as a former federal prosecutor specializing in health care cases.

“The government has been trying to essentially play catch up and find out where they can fill in those gaps and where they can protect patients,” Elliott said. “It is still a work in progress.”

The use of compounded drugs is on the rise.

“There are hundreds, if not thousands of drug shortages right now ... and compounding pharmacists actually are able to kind of fill the gap when these shortages take place,” said Doug Hoey, who heads up the National Community Pharmacists Association, one of the nation’s largest trade groups representing the industry.

“It helps everyday millions of patients who otherwise would have no choice … who otherwise might not have access to their medication,” Hoey said.

Among the changes, Congress gave more oversight of compounding pharmacies to the states. In Texas, that falls on the State Board of Pharmacy.

“We can do anything for a disciplinary action from a reprimand to a revocation,” said Allison Benz, the pharmacy board’s executive director.

Benz, however, said state regulators haven't actually revoked the license of any compounding pharmacy in Texas over the past five years.

At this time, Guardian Pharmacy hasn't received any sanctions and remains open for business.

“We haven’t taken any disciplinary action to date on the pharmacy,” Benz confirmed.

U.S. Illnesses and Deaths Associated With Compounded Medications or Repackaged Medications
Pew&rsquo;s drug safety project has identified more than 50 reported compounding errors or potential errors associated with 1,197 adverse events, including 99 deaths, from 2001 to 2016. Because many such events may go unreported, this chart is likely an underestimation of the number of compounding errors since 2001.

For those patients who have suffered vision damage, that’s not good enough.

“I think most of us want justice,” Pope said.

Texas, however, is home to one in 10 of all compounding pharmacies in the U.S. And there are only 20 state regulators to find and weed out possible bad ones.

When asked if more regulators would help lead to greater oversight, Benz responded, “It is possible that there could be a few more that we’d come across if we had a bigger staff.”

In the meantime, Sommerman said patients should ask questions about the drugs they receive.

“A compounding pharmacy is going to make you a product ... and you won't even know it,” Sommerman said. “All you know is that you're getting a drug. You think it's been FDA approved and it is not.”