Atmos, which has not responded to WFAA for comment, has until mid-April to either pay or appeal the proposed fines. 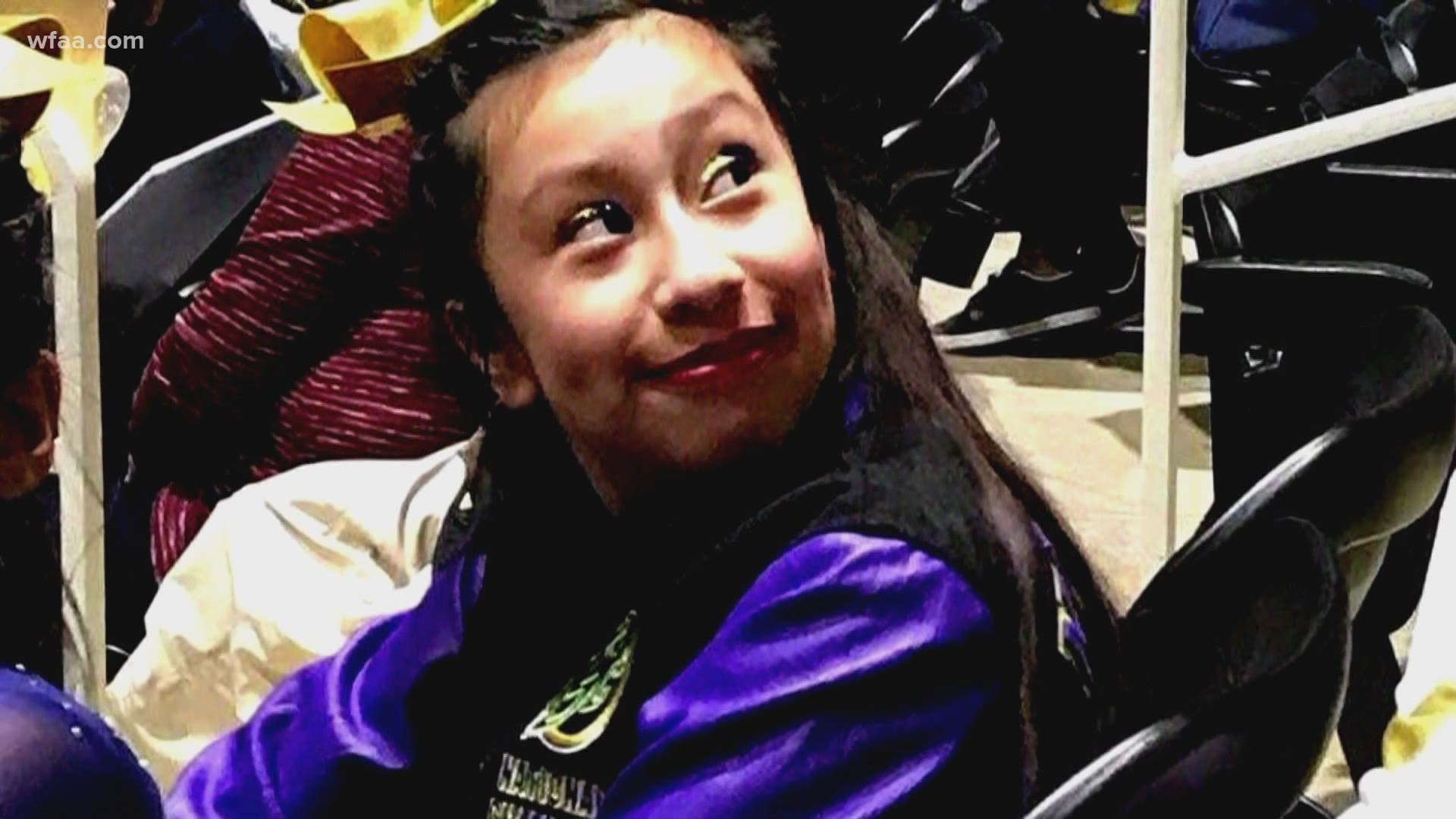 DALLAS — Texas regulators have proposed a record $1.6 million in fines against Atmos Energy Corp. for alleged safety violations prior to three gas-related incidents, including a fatal explosion that killed a 12-year-old “Michellita” Rogers.

The Texas Railroad Commission, which oversees pipeline safety, found that Dallas-based Atmos Energy failed to adequately detect gas leaks in the days and months prior to the Feb. 23, 2018, fatal explosion in northwest Dallas.

Tragically, the fatal explosion was captured as “Michellita” was shooting video on her cell phone while preparing for a cheerleading competition.

Atmos, which has not responded to WFAA for comment, has until mid-April to either pay or appeal the proposed fines. Since the explosion, Atmos has replaced big sections of pipeline across Dallas.

Dallas Attorney Ted Lyon, who represented “Michellita” Roger’s family in a lawsuit against Atmos, called the Railroad Commission’s proposed fines a “slap in the face” of consumers who buy gas products.

“It’s like charging somebody 25 cents for aggravated murder,” Lyon told WFAA. “It’s ridiculous. You have a multi-billion-dollar company and you’re fining them $1.6 million.”

“It goes to show the industry controls the Railroad Commission in Texas,” Lyon said. “It’s an outrageous action on their part to let them off so lightly.”

The family of "Michellita" settled with Atmos for an undisclosed amount.

The Texas Railroad Commission’s proposed fines comes after the National Transportation Safety Board (NTSB) unanimously found Atmos had “inadequate” pipeline management and an “insufficient” leak investigation that contributed to “inaction” in evacuating the northwest Dallas neighborhood.

The five-member NTSB found early this year that the probable cause of the fatal explosion at 3534 Espanola Drive was “the ignition of an accumulation of natural gas that leaked from the gas main that was damaged during a sewer replacement project 23 years earlier, and was undetected by Atmos Energy Corporation’s investigation of two related natural gas incidents on the two days prior to the explosion.”

Following the fatal explosion, investigators found 741 significant leaks over five weeks in and around the Northwest Dallas neighborhood.

Atmos contracted with a company to do a review that found at least some of the problems could not be anticipated. That prompted the NTSB to contract with the Corps of Engineers to do a study of their own on the validity of the company’s report. The results of the study, however, conflicted with Atmos’ report.

In a public hearing conducted on-line, the NTSB members largely concurred with Board staff findings and recommendations as part of a nearly a three-year-long investigation.

In a one-page response the NTSB findings, Atmos officials said in a statement that they gave their “deepest sympathies” to the “Michellita” Roger’s family. Atmos also said the company’s “number one priority is the safety of the public, our employees and our natural gas distribution system.”

“We believe that the probable cause is reflected in the NTSB finding that the natural gas main was damaged by excavation equipment,” the statement said.

NTSB found that the probable cause of the leak was damage to a 71-year-old natural gas main that was about a half inch below a sewer line. But the NTSB also had other findings, including the following:

In particular, the NTSB was troubled by an Atmos Energy technician’s initial reliance on “bar hole testing” poking a sensor into the ground. The technician found no evidence of gas in a 30-minute review near the first natural gas incident.

The NTSB staff, however, concluded that relying on bar hole testing in wet conditions during the February gas fires and explosions was “an indication of integrity management deficiencies.”

“You do not see two houses have natural gas issues a day apart on the same street unless there is an external source,” Robert Hall, the NTSB’s director of the office of railroad pipeline and hazardous material investigations, told the board.

Sara Lyons, who oversaw the NTSB staff investigation also told the NTSB that their findings indicated that the decision to shut off gas and possibly evacuate the neighborhood should have been sooner.

“We believe they should have shut down the system,” Lyons said. “…I believe we said they should've evacuated the houses and prevented access to those houses and the emergency shut down and, of course, they did not do that…”

“I don't understand why Atmos did not shut off the gas,” Graham said. “I don't get it. I know it's easy to be what I call an ‘armchair quarterback’ after the fact but I have always taken the most conservative route in my operations and it seems like they should have shut it down to figure out what was going on before they allowed anything else to happen.”