Are trampoline parks safe? In Texas, jump at your own risk

Texas has no regulations governing trampoline parks, but some want that to change. 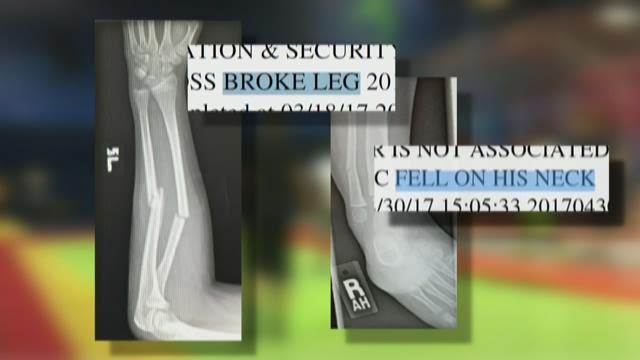 Three-year-old Sloane Stevens broke her leg when a much older child crashed down on her while at a Texas trampoline park.

It's not yet known if Sloane suffered permanent damage.

“More than likely she'll have a limp or favor on that leg for the rest of her life,” said Sloane’s father, Mathew Stevens. “Right now, they don't think it's in her growth plate, but it’s too early to tell.”

Stevens is among an increasing number of injured trampoline park patrons in a business that has grown into an estimated $300 million industry. Yet, trampoline parks remain unregulated in Texas and many other states.

As a result, Texas trampoline parks face no state-enacted safety requirements. No state inspections. And no penalties for cutting corners.

Attorneys like Michael Gomez of Dallas call the situation “a perfect storm.”

“Anyone watching here today can call the franchise and open up a trampoline park at any shopping center or warehouse and start bringing in patrons and making money,” said Gomez, with the Jim Adler law firm.

Others such as Michael Browning, who owns 76 trampoline parks across the country, including five in the DFW area, said many parks keep tight oversight of their facilities.

“We spend the money, go the extra mile to make sure they're as safe as possible,” Browning said. “And personally, I think there are parks out there that need to get up to the standard. Because anytime there's an injury that stems from someone not doing something correctly, it gives the industry a bad name.”

Browning said he would welcome state-mandated regulations, like those in Arizona, Michigan, Pennsylvania, and New Mexico.

“We’re already dealing with states that have standards.” Browning said. “That's not new to us. So, we would love it.”

Browning said more than 1 million customers jumped at Urban Air’s five DFW parks the past year. A company review, he said, has found that 99.7 percent of Urban Air customers enjoy his parks without incident. He argued that is statistically safer than participating in local community sports such as baseball, softball, soccer, or football.

Because Texas is unregulated, trampoline parks are not required to report injury numbers to the Texas Department of Insurance. As a result, it's difficult to determine the number and severity of injuries at trampoline parks in Texas.

The actual number of injuries requiring medical care may be much higher. Many of the injured customers contacted by WFAA said they were taken by their family to the hospital for emergency care, rather than calling for an ambulance.

WFAA also found that more than a dozen trampoline parks in the DFW area require jumpers and their legal guardians to sign waivers that attempt to release the park from liability.

Grace Quiroz, a mother of three, signed such a waiver.

"I went on a ramp and did a little flip. It wasn't a big jump. Immediately I couldn't feel anything,” Grace Quiroz told WFAA during a 2014 interview.

She likely will spend her life in a wheelchair.

Quiroz has filed a lawsuit. But one of the trampoline park’s key legal defense is that she signed a waiver, limiting their liability in her injury.

Attorneys like Michael Gomez said pursuing a lawsuit against a trampoline park may be further limited. Many, he said, don’t even carry liability insurance.

A WFAA review found several of the 21 DFW-area trampoline parks do not carry liability insurance, but rather remain self-insured.

“I went to catch myself, and I heard a snap, but I thought it was just the trampoline. And I looked over and it was up here,” pointing to where the bone in his forearm protruded from his skin.

Andre’s father, Rene Javet, said he believes the park should shoulder at least some liability for the injury. Yet, he said, they have not received a returned phone call upon reporting the injury to the park.

“If a kid comes to my house and gets hurt on my trampoline, well guess what: they're probably going to want to claim on my insurance that he got hurt over here," Javet said. “But now you've got a business, and you're going to say it's your [customers'] responsibility. But I came to your place of business?”

Trampoline parks that abide by industry standards keep a ratio of at least one staffer per 32 jumpers. But several parents who spoke with WFAA said it was insufficient.

“The part I want everyone to know is the staff in there, they’re not paying any attention,” Stevens said.

“Not one person that worked there was enforcing any rules, or seemed to care about anything at all,” Stevens added.

After his daughter was injured, Stevens said they contacted the trampoline park. An attorney for the park told him in an email that it was his three-year-old daughter’s fault for walking onto a trampoline already occupied by someone else.

Stevens agreed he was inattentive but said he believes the park still bears some culpability.

“She’s a three-year-old,” Stevens said. “How can you pass all the blame off on her? I mean your staff needs to pay attention a little bit at least. And kind of watch the bigger kids with the little kids if you’re going to let them all play together.”

When asked about the accident at Urban Air, Browning said he could not go into details. He maintained that his staff is well trained and enforces the rules, and said "there is nothing we could've done to prevent that particular situation."