In this North Texas ISD, every kindergartener gets $50 to start saving for college

Kindergarteners are young, but it's never too early to invest in their futures. 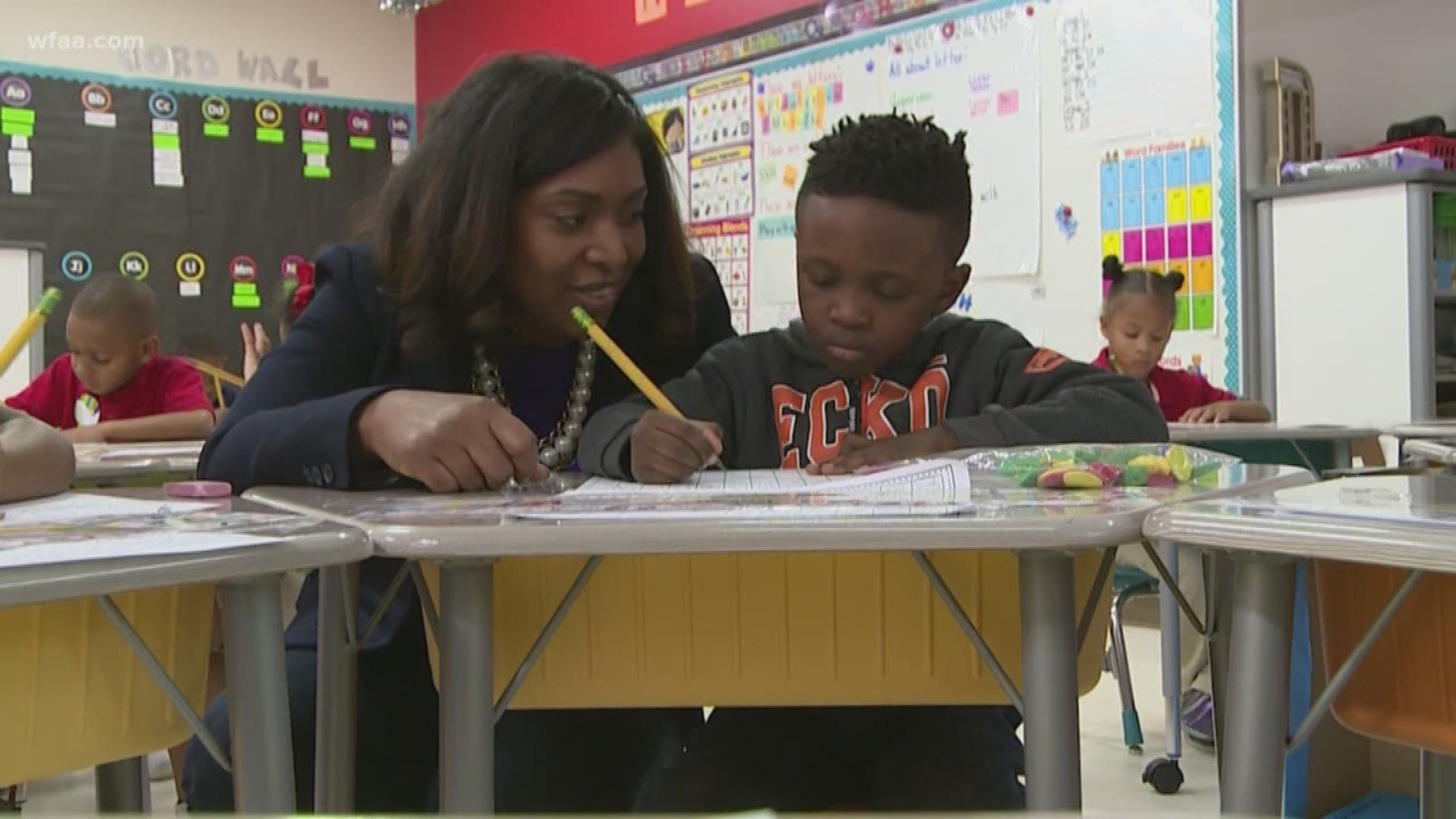 LANCASTER, Texas — Kindergarteners are young, but it's never too early to invest in their futures.

Recently, the Lancaster school district won the HEB Excellence in Education Award, which granted the district $50,000.

The district decided the money will go toward 529 College Savings Accounts for their current kindergarteners. In partnership with United Way of Metropolitan Dallas, Lancaster ISD is participating in Dollars for College.

$50 in seed money will be placed in an account for each student enrolled in the program. Lancaster is the first district in the state of Texas to do this.

"We want them to know that they are going to college and that we are helping them achieve that goal," assistant superintendent Pamela Brown said.

Over the years, there will be incentives and matching funds to grow the money.

In two years, the goal is for each student to have $500 in their accounts.

The hope is that by the time they finish high school, the students' don't have to worry about whether they can afford college or not. They can focus on which college they would like to attend.