Hood County officials: All ICU beds are full, some COVID-19 patients flown to other states to seek care

“This time, it’s almost like a straight up rocket that’s taken off on us,” said Hood County Emergency Management Coordinator Jay Webster. 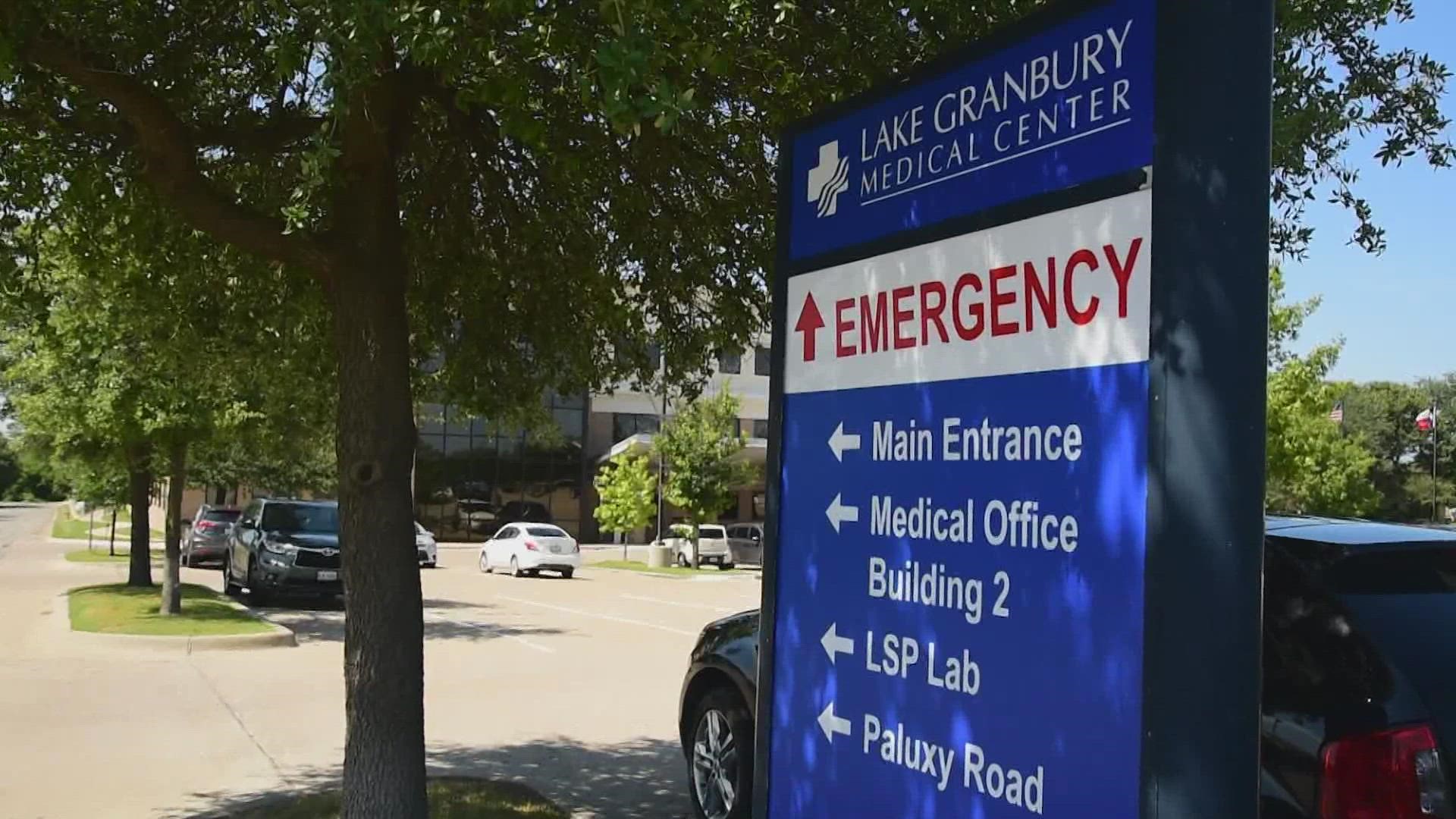 Lake Granbury Medical Center is the county’s only hospital. Thursday and Friday, all ICU beds there were full. Ninety percent of ICU patients at the hospital were COVID-19 patients.

Jay Webster is Hood County’s Emergency Management coordinator. He said the county’s only hospital is stretched thin, and they’ve had to take drastic measures this week.

“Unfortunately, we’ve had to look as far as Oklahoma or Idaho to fly people to get the care that they needed, just because we couldn’t take care of them here,” Webster said. “This time, it’s almost like a straight up rocket that’s taken off on us.”

Webster said the current surge is worse than any other they’ve previously witnessed.

“People are walking in needing a ventilator, that’s how different it is from the last surge,” said Webster.

RELATED: Smaller North Texas counties are running out of ICU beds, and some already have

According to data from the Texas Department of State Health Services, 45% of Hood County's population aged 12 and older are fully vaccinated.

Stephen Love, president and CEO of the Dallas/Fort Worth Hospital Council said the delta variant and those who are unvaccinated are driving the surge. When asked why some patients in rural parts of Texas are being transported out of state, he told WFAA each situation is different.

“I think they’re doing everything they can to take as many they can. Our hospitals work closely together, we have excellent transfer centers, and we do everything to accommodate rural hospitals. Sometimes, in certain situations with family preferences, acuity level, sometimes patients are transferred out of state,” said Love.

He’s concerned about what's next, citing models that predict the surge will increase for at least another two weeks.

“I’m not trying to be an alarmist, but we’re reaching some really serious capacity issues and staffing issues,” Love said. “This is the most serious situation I have ever seen in my career, and I think a lot of people don’t realize it.”

Thursday, Lake Granbury Medical Center got some relief when 14 state-supported staff arrived. Even then, Webster said keeping up with the number of sick patients is still a major hurdle.

Webster said the state provided the hospital with additional equipment, including ventilators. Despite the additional resources, Lake Granbury Medical Center’s intensive care unit was still at 100% capacity. Hospital staff are converting additional rooms into ICU beds and looking for ways to transfer patients to other hospitals to take some of the load off.

“It’s almost like as soon as you open up more space, more people from the community start coming from everywhere that need help,” said Webster.

Webster said healthcare workers in Hood are desperate to see a light at the end of tunnel, but they feel it’s only getting further out of reach.