Members of Dallas Haitians United say they haven't been able to send aid to Haitian migrants in Del Rio, citing logistical challenges at the border. 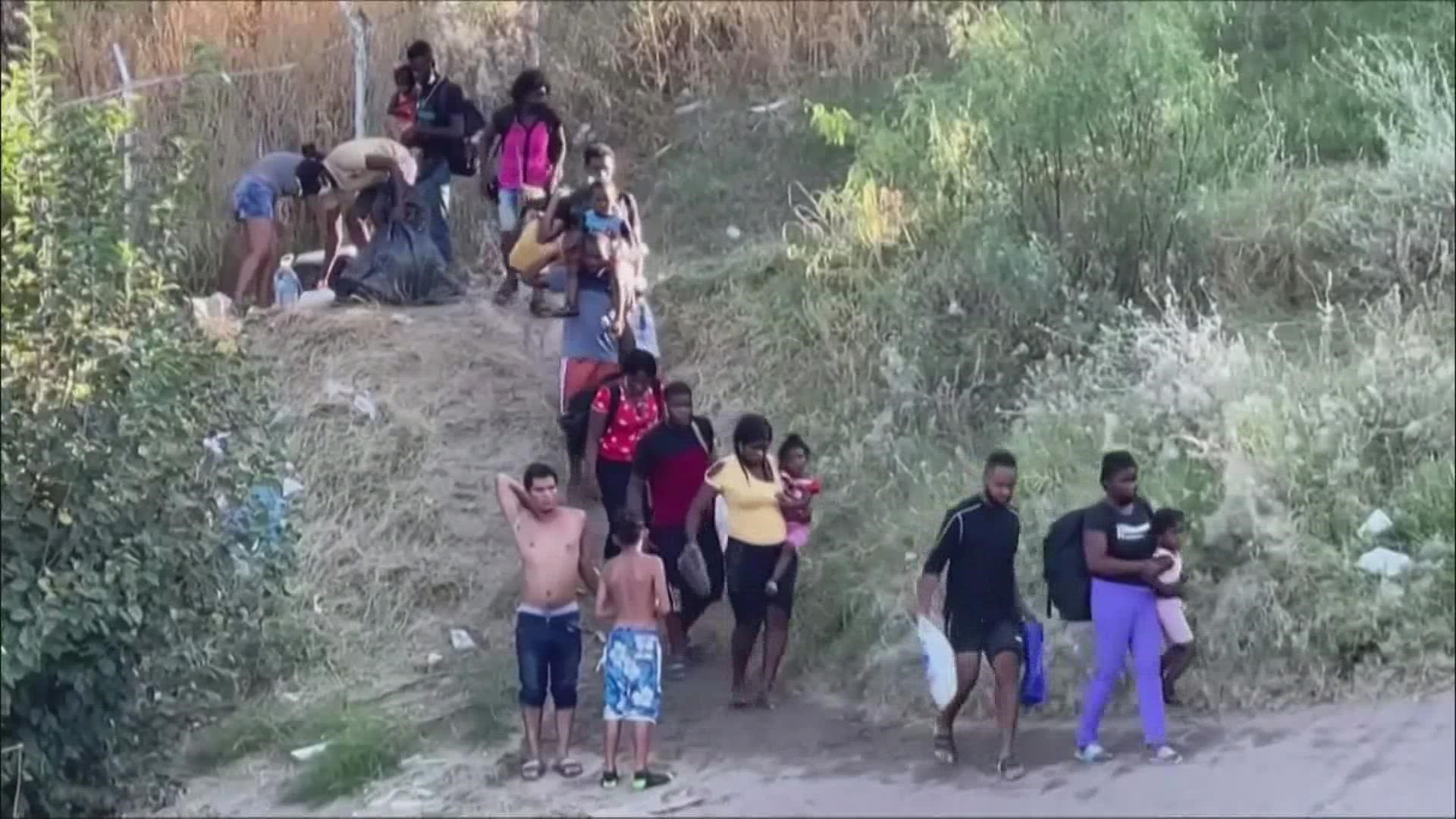 On Saturday, officials estimated there were more than 14,000 people seeking asylum.

Saturday, the Department of Homeland Security temporarily closed the Del Rio port of entry and announced within the next 24-48 hours, U.S. Customs and Border Protection will have surged 400 agents and officers to the Del Rio sector to improve control of the area.

Migrants are walking through the knee-deep waters of the Rio Grande and building makeshift tents out of sticks. Mothers are carrying their children in temperatures of up to 100 degrees.

She said the humanitarian crisis at the border has been building up over time.

First, there was the assassination of Haiti’s president earlier this summer.

Then, a magnitude 7.2 earthquake devastated the Caribbean country in August, killing more than 2,200 people and damaging or destroying nearly 130,000 homes.

RELATED: Desperation, pressure for aid increase in Haiti after quake

“They’re not just here just for their pleasure, they’re looking for a better life,” said Duviella-St. Surin. “They’re at a point where they’re losing hope for what’s going on in their own country.”

Duviella-St. Surin said DHU is looking to help those seeking asylum at the border with basic essentials, but they’re up against major challenges.

“We’ve talked about what we can do, and the fact they they’re saying it’s tens of thousands of people there and there’s homeland security, border patrol, we don’t know would we be allowed to even get close enough for us. How are we gonna be able to help them, really?” said Duviella-St.Surin.

On Friday, Gov. Greg Abbott was in Fort Worth and signed a bill that would put nearly $2 billion dollars toward border security in Texas.

Abbott said his administration is providing barriers to stop migrants from crossing.

“We, as state officials, have an obligation to use law enforcement to de-escalate the issue and to keep our communities safe,” said Abbott.

The Biden Administration plans to expel Haitian migrants and plans to fly them back to their homeland, according to a U.S. official with direct knowledge of the plans who was not authorized to discuss the matter publicly and spoke to The Associated Press on condition of anonymity. The official told the AP that the first set of flights back to Haiti would begin Sunday.

RELATED: Official says US to expel Haitians from border, fly to Haiti

“They don’t see how them being sent back home… to what? I’m afraid some of them will start the same process again,” said Duviella-St. Surin.

Duviella-St. Surin said DHU’s next step is to reach out to political leaders in hopes of getting help for the people of Haiti. DHU will update the community on ways to help on its website.