Office buildings will likely have health screening points and limits on how many riders are allowed in each elevator. 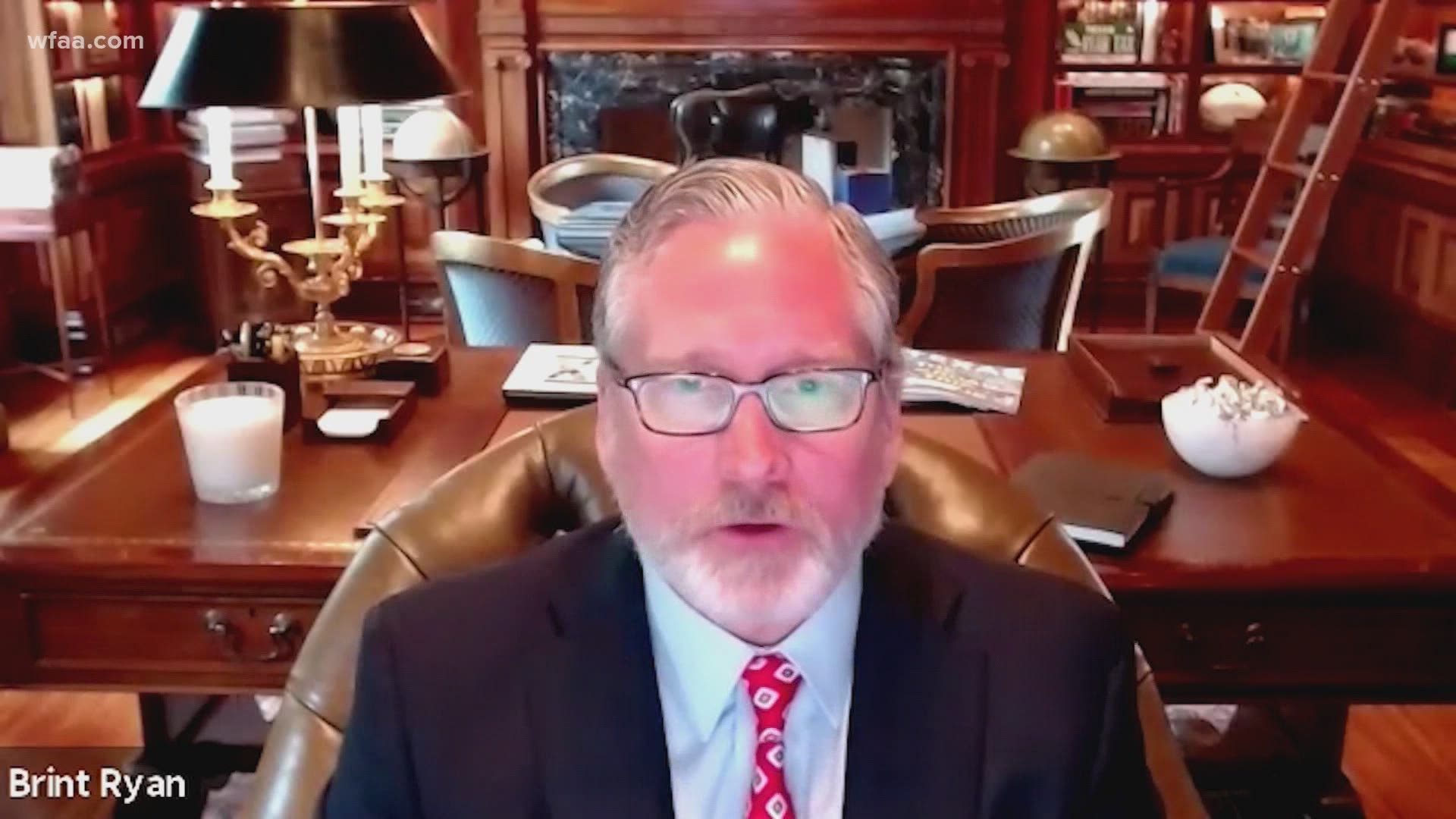 Even though business offices are allowed to officially reopen next Monday, employees who have children cannot return to work until they have a place to send them during the day.

There is no threshold that must be met for children to return to class, Huffines added.

“No, but we’re looking at the data every day,” he said.

Twice a day, at 10 a.m. and 6 p.m., the task force and state leaders hold conference calls to look at the latest COVID-19 data and plot what happens next in Texas, Huffines said.

An official decision on whether children can attend summer camps in person will happen sooner, he added.

“I do think we’re coming down to the finishing lines on how we go forward on that. Hopefully, I do think the governor will have some announcements on that in the coming week or two,” Huffines continued.

RELATED: How will the fall semester look? Dallas, Fort Worth school superintendents weigh in

“Our committee believes that childcare facilities and schools should open on time in the fall,” he said.

Ryan’s report suggests that schools even consider starting at the first of August rather than later in the month so teachers have time to assess students and see where learning gaps might have formed when they were out of the classroom.

Both men participated in a virtual meeting with members of the Dallas Regional Chamber on Tuesday.

“We’re taking the approach that everybody has it. We don’t know who has it. We’re not going to be able to test everybody every day,” Ryan said.

Responding to one question from a business, Ryan said he doesn’t think companies should evacuate their office space if someone gets infected with the coronavirus after reopening.

“It’s just not feasible to shut an entire operation down because you had one person that has an infection,” he said.

When pressed on what he would do in his own office if an assistant caught it, Ryan said he would have the office cleaned, sanitized and disinfected but resume work.

Still, office buildings will likely look different when they reopen.

For example, the task forces suggest no more than four people to each elevator so there’s room for riders to remain separated.

Ryan said companies should also screen both employees and guests before allowing them to re-enter.

“We strongly recommend that screening procedures be put in place that include taking temperatures,” he added.

It might spur people to get out and make purchases but losing sales tax revenue right now would rob cities of even more money when their budgets are already busted, and they’re forced to furlough employees.